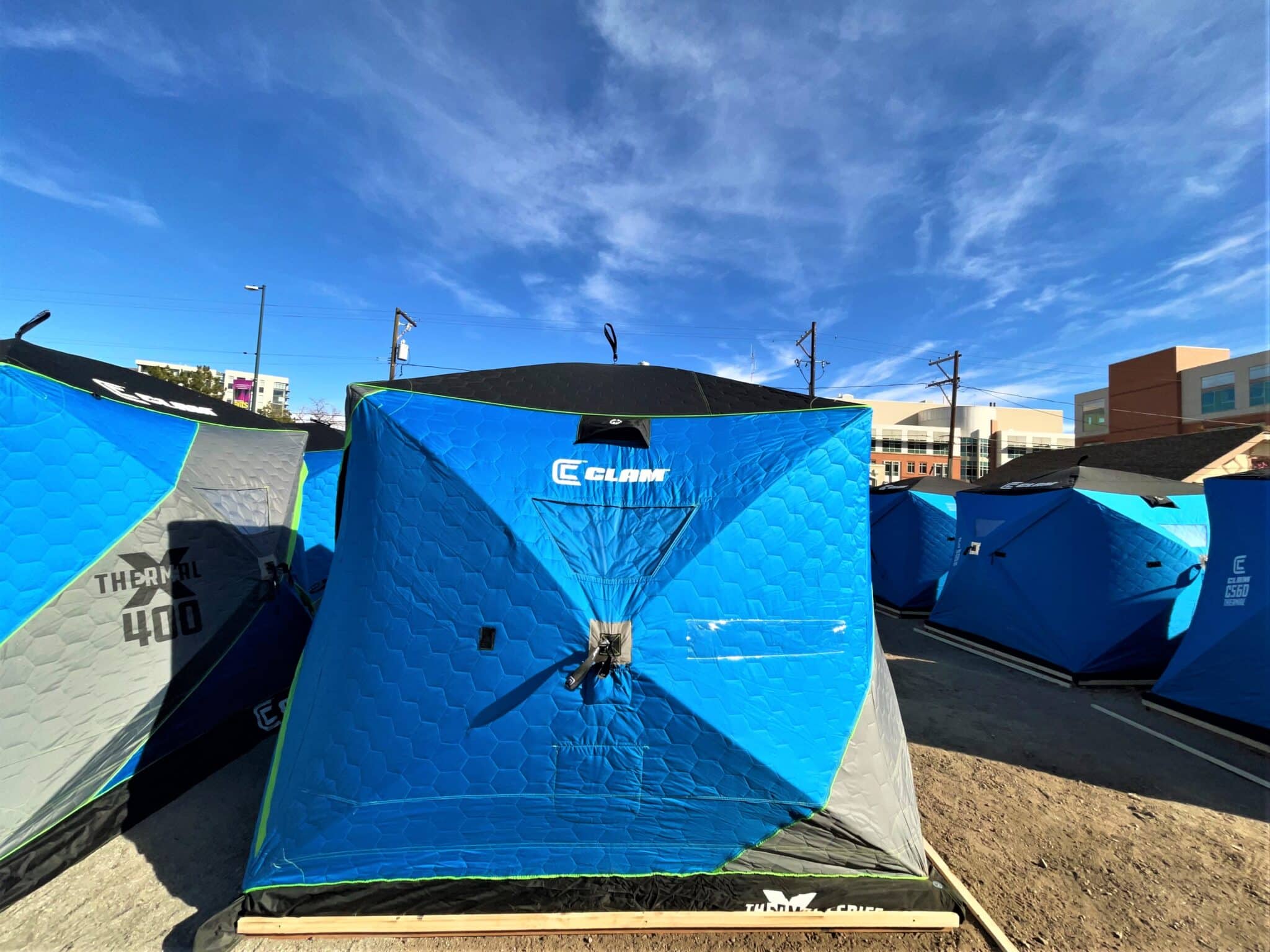 Nearby residents have filed an appeal with the city of Denver to overturn the permit that allows the operation of a homeless campsite at 780 Elati St. (Eric Heinz photos)

Nearby residents have filed an appeal against the permit allowing a sanctioned homeless encampment in the Lincoln Park neighborhood, claiming the city did not outline a plan to handle problems that may arise at the site.

The appeal to Denver’s Board of Adjustment for Zoning is signed by 46 residents, who generally live within a few blocks of the “safe outdoor space” at 780 Elati St., which is operated by the nonprofit Colorado Village Collaborative on a lot it leases from Denver Health.

“The truth is that the neighbors immediately surrounding this site are vehemently opposed to … CVC operating here for a number of reasons,” Emily Ostrander, a resident who signed the appeal, wrote to BusinessDen in an email. “But beyond even the political overstep, we have serious concerns about safety.”

The board is scheduled to hear the appeal on Jan. 18. It will be the second campsite permit to be appealed to the board.

CVC Communications Director Jennifer Forker told BusinessDen on Friday that the nonprofit was unable to comment on the filing that day. A Denver Health spokesperson declined to comment, deferring questions to CVC.

The encampment, which has already opened, is permitted to operate for at least a year and could be granted two six-month extensions. It can host up to 50 people in 40 tents.

Denver Zoning Administrator Tina Axelrad has the authority to approve zoning for encampments until the end of 2023, based on a health order issued by Mayor Michael Hancock in November 2020. She approved the camp at 780 Elati St. last month.

The 46 nearby residents claim the permit was approved outside of the authority of the zoning administrator and that the site was approved without accounting for ways to control various nuisances, such as its proximity to single-family homes, secondhand smoke, noise, outdoor lighting, littering and pet control.

They also have concerns about odors emitting from the portable toilets, and say that a potential homebuyer decided not to purchase in the neighborhood because of the encampment.

“These impacts are further compounded by the extended length of the permit compared to previous SOS permit issuances: two years as compared to the seven-month permit at the Park Hill SOS site, the six-month permits for the two SOS sites in Capitol Hill, and a maximum of nine months at the Regis SOS site,” the appeal reads. 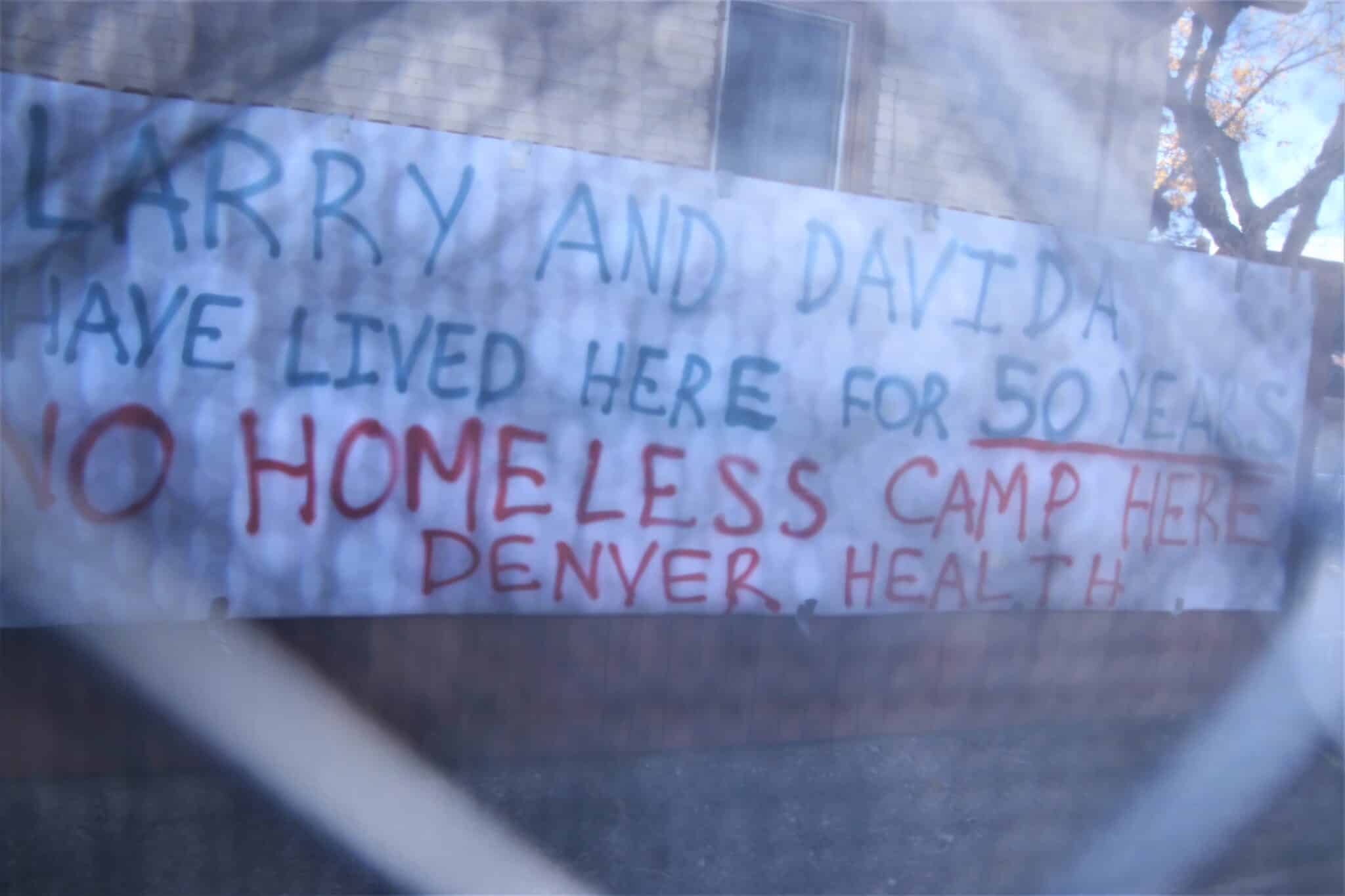 The occupants of a neighboring home to the Lincoln Park “safe outdoor space” were at the top of the list of nearby residents who filed an appeal Nov. 16 against the operation of the campsite.

BusinessDen previously reported that CVC and the La Alma-Lincoln Park Neighborhood Association were unable to reach a “good neighbor agreement” for the property.

Ostrander said that there are no rules that prevent people from living at the site if they have been convicted of crimes that would require them to register as a sex offender.

CVC says it thoroughly screens prospective residents, but acknowledged in a document provided to nearby residents last month that people who have been convicted of such crimes and violent crimes could pass the screening. The organization indicated that this is something of a change compared to the earliest sanctioned campsites.

“(Safe Outdoor Spaces) started with more restrictions,” CVC said in the document. “Through experience with developing the model, controls have been put in place to ensure the safety of residents and the surrounding community and enable people to access services rather than live without any kind of shelter or support, which can become a greater risk in the community.”

CVC stated in the document that three people with convictions of sex crimes were living at the Regis campsite, and there have been no problems.

Hancock’s budget for 2022 slates $4.3 million for sanctioned campsites for the homeless, and Department of Housing Stability spokesman Derek Woodbury previously told BusinessDen that the city is in negotiations with CVC to expand the program.

The Board of Adjustment for Zoning heard an appeal against another CVC-run encampment at Park Hill United Methodist Church in August, when residents claimed similar problems with the way the zoning was approved. They had concerns about how close it was to homes and the church’s daycare.

Another appeal was filed by residents that questioned the scope of the zoning administrator’s authority to approve encampments citywide.

The board denied the appeal in both cases. A lawsuit was subsequently filed that challenges the zoning administrator’s authority, which is still pending.

Last week, Councilwoman Amanda Sawyer was the lone council member to vote against the establishment of a CVC-operated campsite on city property. 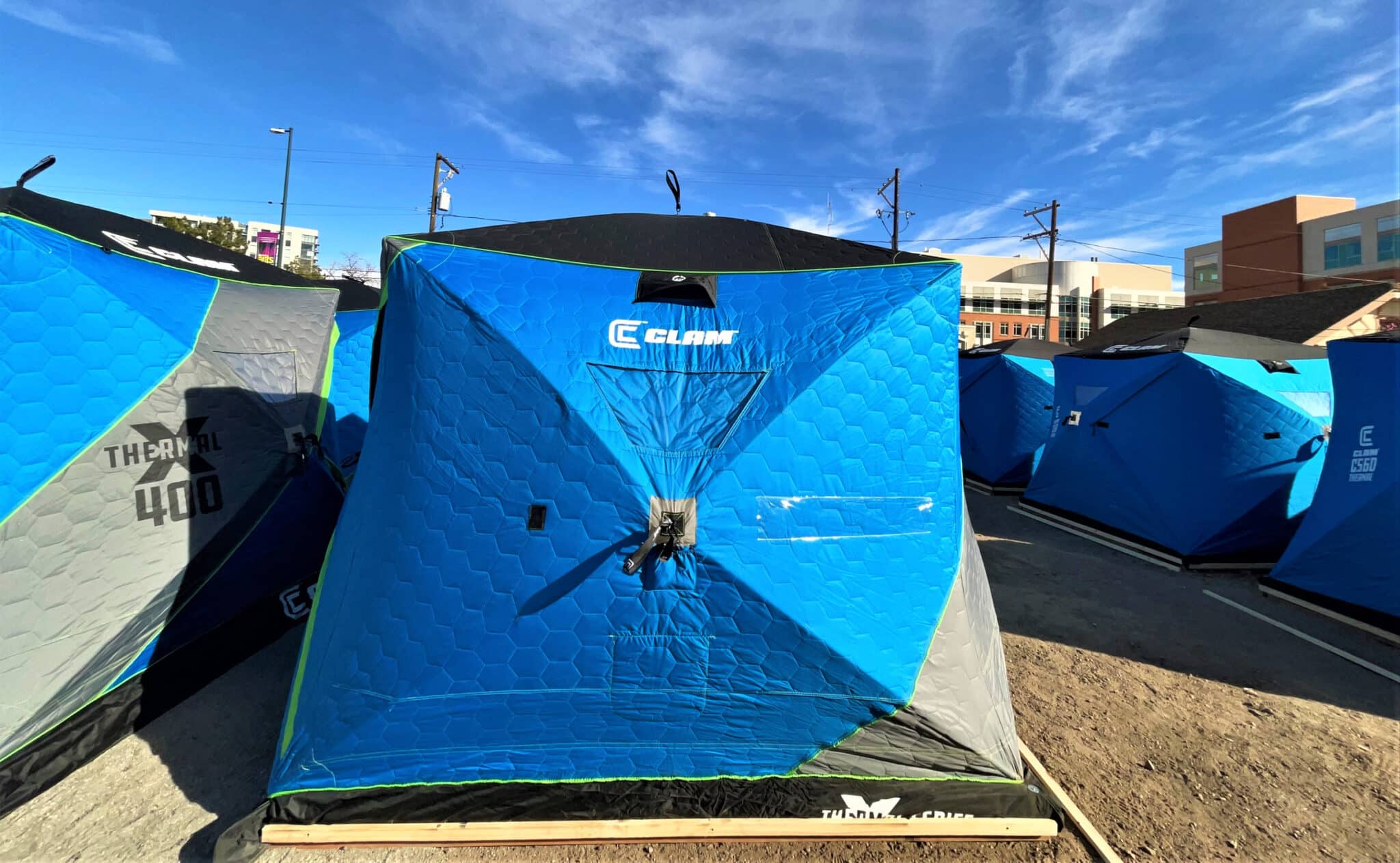 Nearby residents have filed an appeal with the city of Denver to overturn the permit that allows the operation of a homeless campsite at 780 Elati St. (Eric Heinz photos)

“But beyond even the political overstep, we have serious concerns about safety,” said a nearby resident of the city permit allowing the 780 Elati St. site.