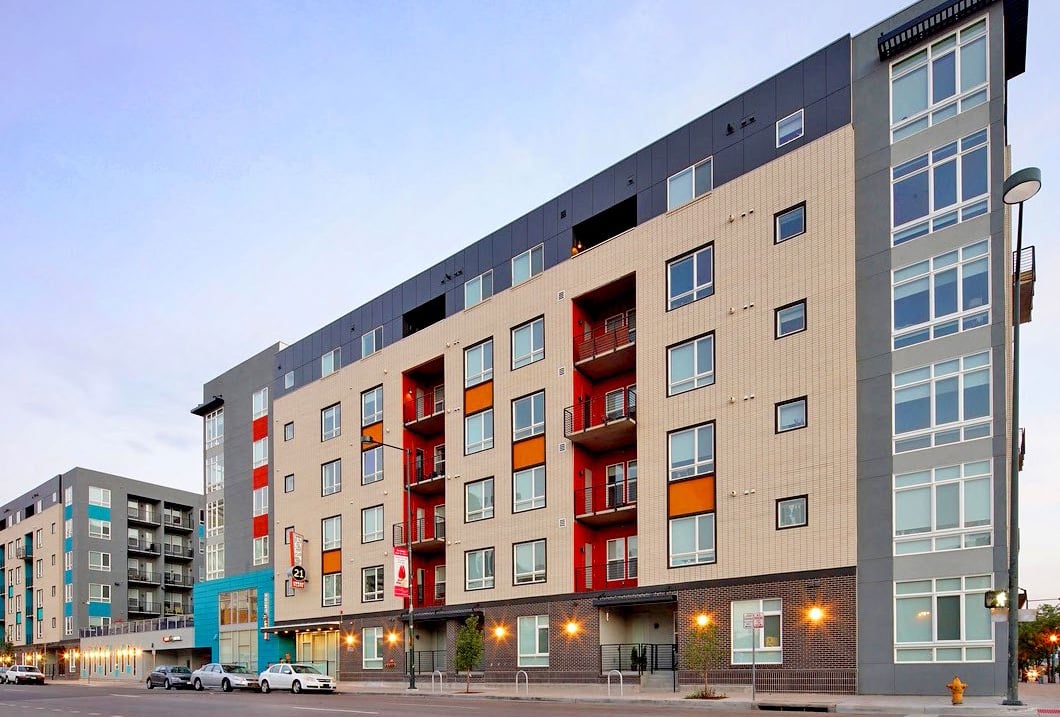 An apartment complex in the Ballpark neighborhood has changed hands.

Boulder-based Mountain View Capital purchased the Point 21 complex at 2131 Lawrence St. earlier this month for $84.25 million, according to public records.

The complex has 212 units, according to JLL, which helped the firm acquire financing for the acquisition. That makes the deal worth about $397,500 a unit.

The six-story complex spans an entire side of the 2100 block of Lawrence Street. It features one- and two-bedroom units, ranging from 551 to 1,485 square feet, according to the complex’s website. The cheapest rent advertised on the website as of Monday was $1,525 a month.

The property was sold by South Carolina-based Greystar, which developed the project, completing it in 2014.

Elsewhere in Denver, Mountain View owns the 205-unit Block 32 complex at 3200 Brighton Blvd. in RiNo, which it bought for $43 million in 2014. The firm also owns other apartment buildings along the Front Range.

Greystar, meanwhile, owns numerous apartment buildings in and around Denver. The firm is currently building a 13-story project near Union Station, and has proposed a 17-story project in the Golden Triangle.