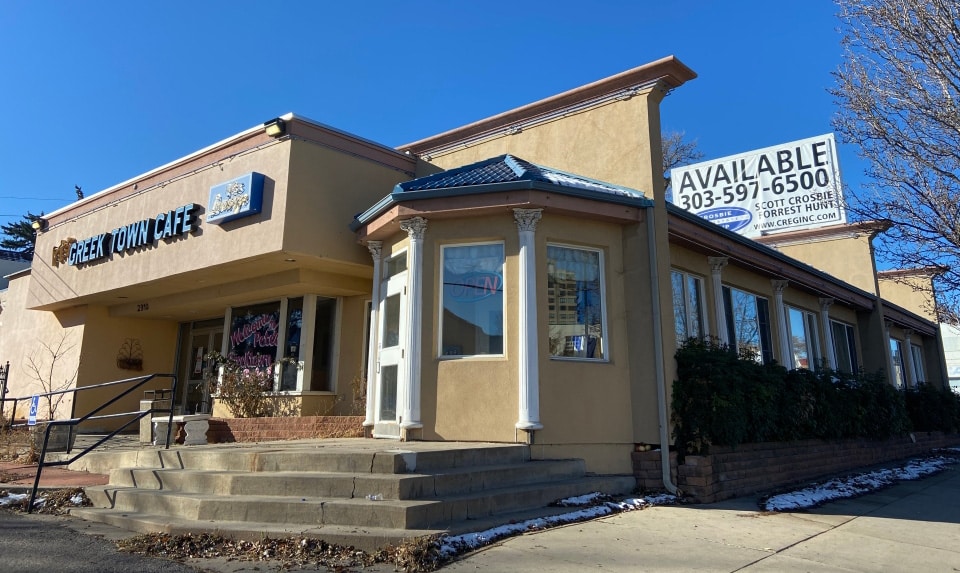 An “available” sign hangs above Pete’s Greek Town Cafe on East Colfax Avenue in 2020. The building has been leased by Dave’s Hot Chicken. (Josie Sexton/Denver Post)

A shuttered Colfax diner will be replaced by a California-based hot chicken chain.

“It’s an extremely busy street, and I think the overall vibe really fits with our brand,” Beld said.

Those locations are about 2,500 square feet, and can seat about 45 inside and 25 outside, Beld said.

The former diner is larger — about 5,500 square feet, Beld said. The franchisees will trim the footprint by using some space for storage, and they’ll also create a patio capable of seating 50. The inside will have another 40 or so seats.

Like the two existing Denver locations, the restaurant will have a walk-up window for takeout orders.

Beld said he hopes to open by June 1, although the timing depends heavily on getting permits from the city for the renovation work.

Beld said his group is now looking at locations in the suburbs. He specifically mentioned Thornton and Littleton, although no leases have been signed. The suburban locations could have drive-thru lanes.

“We’ve kind of triangulated downtown Denver,” Beld said. “It’s urban and we’re an urban brand. We do feel like suburbia is the next step.” 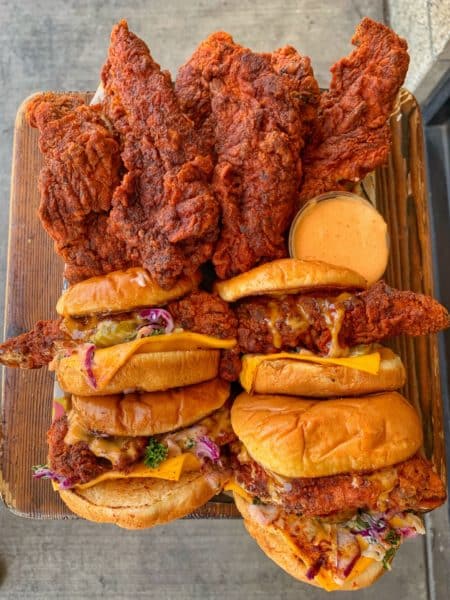 Dave’s Hot Chicken serves a fairly limited menu. Besides Nashville-style hot chicken, available in sandwich or tender form, there are fries, milkshakes and a couple other sides like kale slaw.

Pete’s Greek Town Cafe was established by Pete Contos, a prominent Denver restaurateur who died in 2019 at the edge of 85. The restaurant never reopened after the pandemic struck, and by last November was being marketed for lease.

Beld noted that the Contos family still owns the Pete’s Greek Town Cafe real estate, so he dealt with them during lease negotiations.

“It’s a three-generation group,” he said. “Pete’s wife Elizabeth was still engaged in it.”

An “available” sign hangs above Pete’s Greek Town Cafe on East Colfax Avenue in 2020. The building has been leased by Dave’s Hot Chicken. (Josie Sexton/Denver Post)