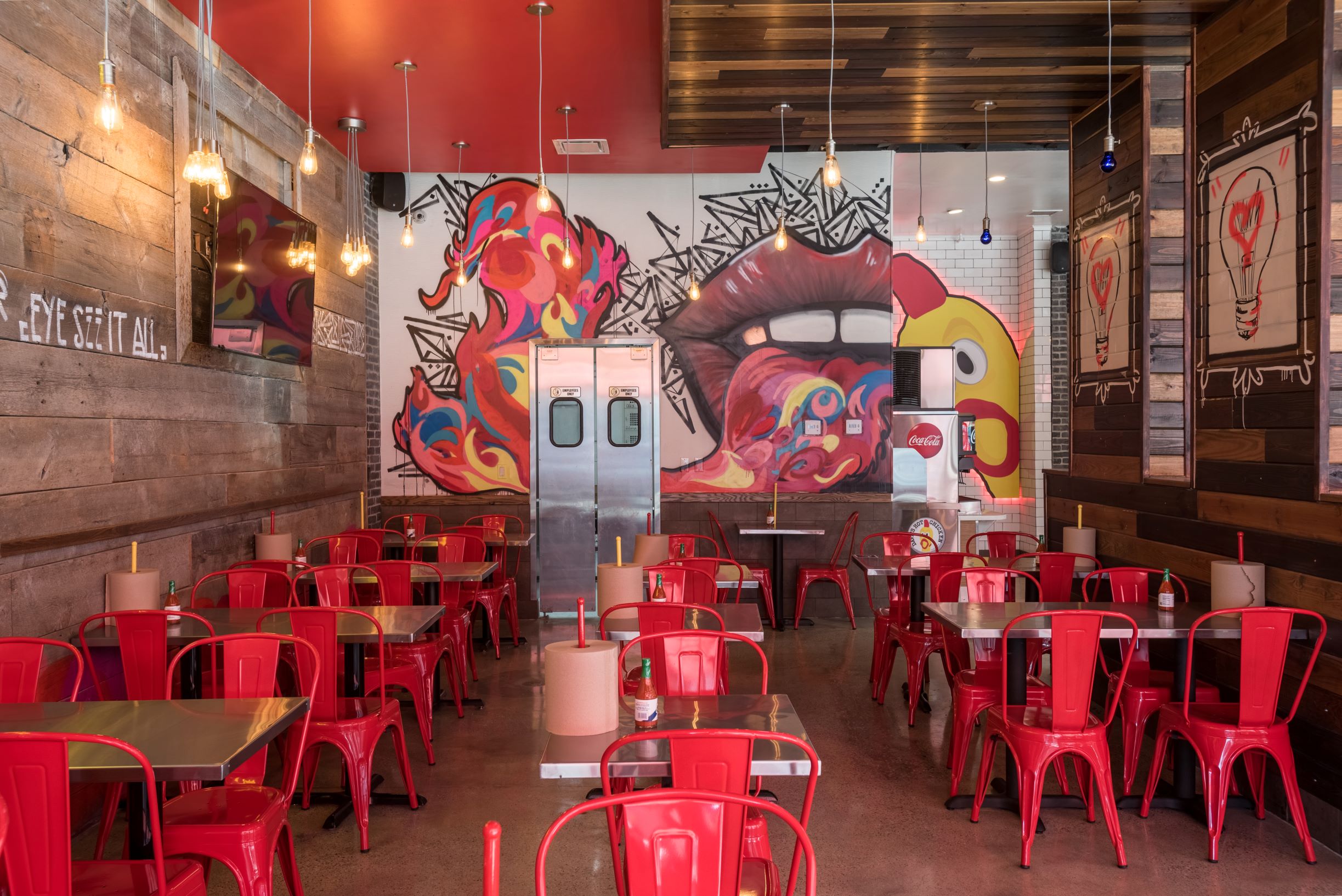 Jason Beld and Marc Rogers are looking to turn up the heat along two notable Denver restaurant corridors.

The Northern Colorado residents, who own 10 Fuzzy’s Taco Shop restaurants north and south of Denver, have signed a franchisee agreement with California-based chain Dave’s Hot Chicken.

The pair plan to open 11 locations in Colorado, and they’ve signed two leases in Denver to start.

A location at 99 S. Broadway — in the new Neon Local apartment complex — could open around April, Beld said. The second in the Circa office building at 1615 Platte St. would likely follow about two months later.

“Mostly we really like the pedestrian traffic,” Beld said of the two streets, adding a RiNo location is also being considered.

Dave’s keeps the menu simple. It specializes in Nashville-style hot chicken tenders and sliders, which come in spice levels ranging from “no spice” to “reaper.” The latter requires signing a waiver, said Beld, who has had it but prefers “something down the middle.”

“I worked up a pretty good sweat,” he said. “Not everyone can do the reaper. Marc cannot.”

Beyond that, the restaurants serve sides of kale slaw, mac & cheese, fries and cheese fries.

Dave’s originally launched in 2017 as a pop-up in a southern California parking lot. It now has six brick-and-mortars up and running in the region, according to the company’s website. The company has turned to franchising as it looks to spread around the country, with hundreds of locations in the works.

Beld said Rogers opened Colorado’s first Fuzzy’s Taco Shop in Fort Collins in 2012 as a franchisee. Beld became interested in the brand, and two years later joined forces with Rogers, first as an investor and then full-time.

With 10 Fuzzy’s locations — although not the ones in Denver itself, which are under different ownership — Beld said he and Rogers “wanted to diversify our restaurant scope a little bit.” 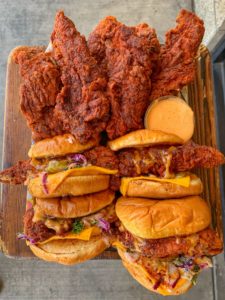 They considered launching and trying to grow their own concept, but decided that was too risky. Researching alternatives, Beld saw images of food from Dave’s Hot Chicken in a magazine and booked a flight to southern California to try it.

The pair signed the franchise agreement in March. They like that the menu is more streamlined than at Fuzzy’s, where the restaurants feature a full bar and a larger staff.

The pandemic has already altered the pair’s plans somewhat. They’ve incorporated walk-up windows into plans for the South Broadway and Platte Street locations. And for future locations, they’re now seeking endcaps with drive-thru infrastructure and free standing drive-thru locations with a footprint of 2,200 to 2,800 square feet.

Zach Cytryn and Nathan Stern of Broad Street Realty are representing the pair in lease negotiations. They also recently represented a Korean barbecue restaurant that plans to open at The Confluence. 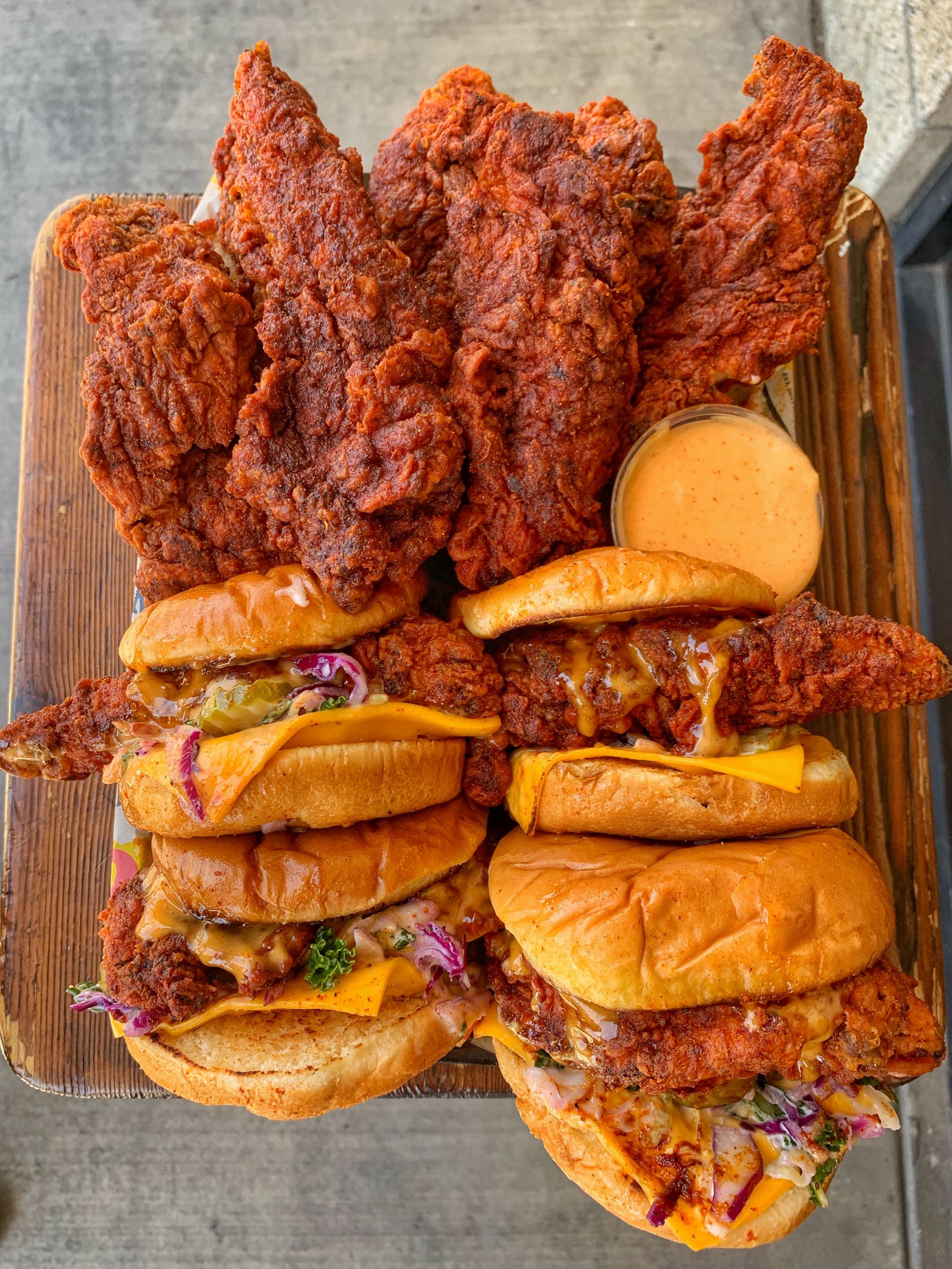