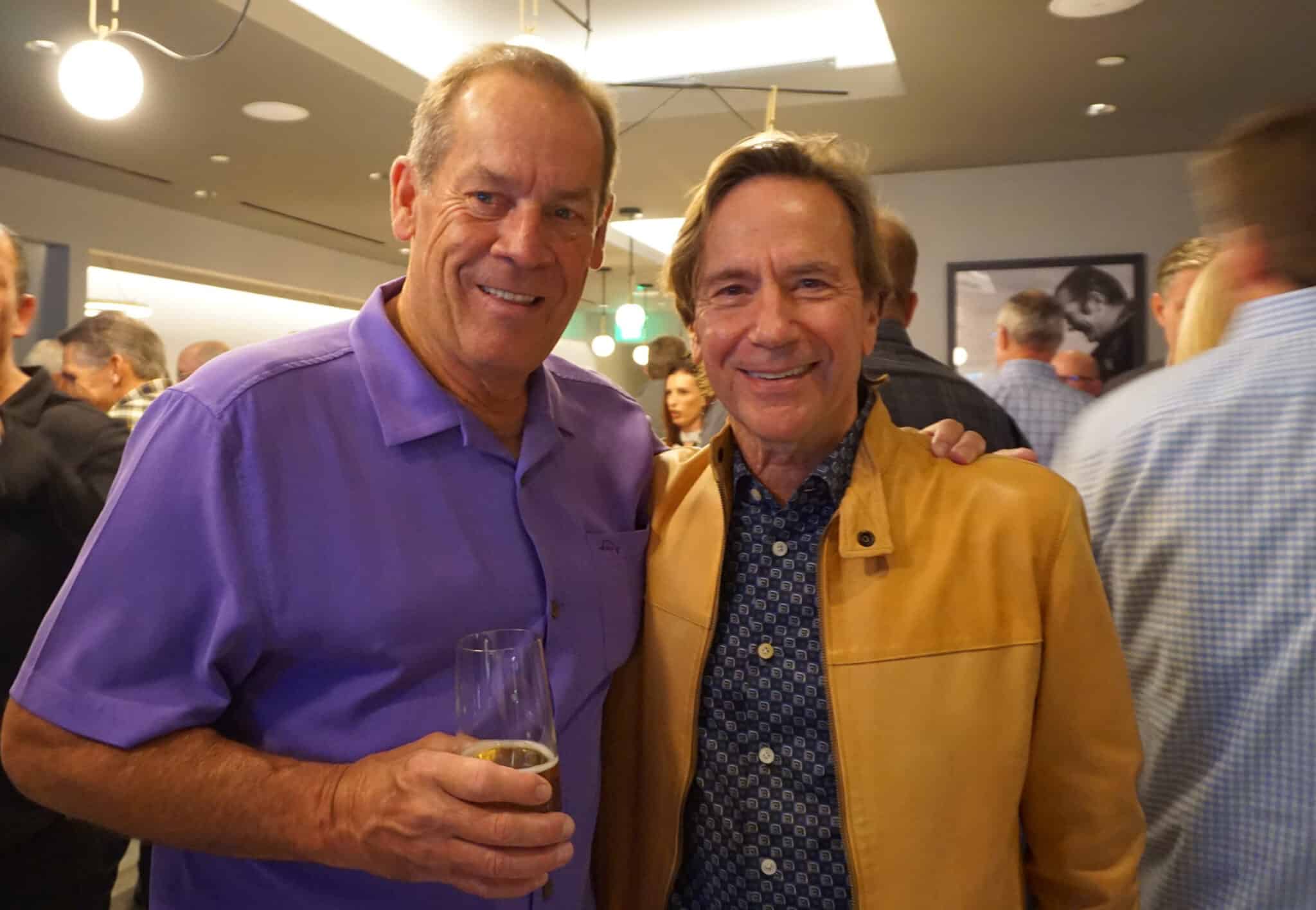 William Brinkerhoff initially turned down Dick Monfort last year when the Rockies co-owner asked him to open a restaurant in McGregor Square.

Brinkerhoff, who owns La Loma and Sierra Restaurant, wasn’t ready to open another concept in downtown Denver given the pandemic.

“But he kept working me, and finally I gave in,” Brinkerhoff said.

Now, Brinkerhoff is preparing to open Caldéro, a Tex-Mex and new American restaurant, next year at 1601 19th St. on the second floor of the McGregor Square condo building.

“Because of the quality we bring in every area: service, food and ambience, there won’t be anything like it in downtown Denver,” Brinkerhoff said. “It’s going to be unparalleled.”

Monfort was part of the development team that completed McGregor Square, a three-building mixed-use project across the street from Coors Field, and he’s an investor in Caldéro, Brinkerhoff said.

Monfort owns a unit in the condo building, but he’ll be a neighbor of Caldéro in more ways than one. The restaurant will be next to Legacy Club, the 2,400-square-foot, members-only bar that Monfort opened last week. Residents of McGregor Square are eligible to join for $200 a year, and all other members must be invited. 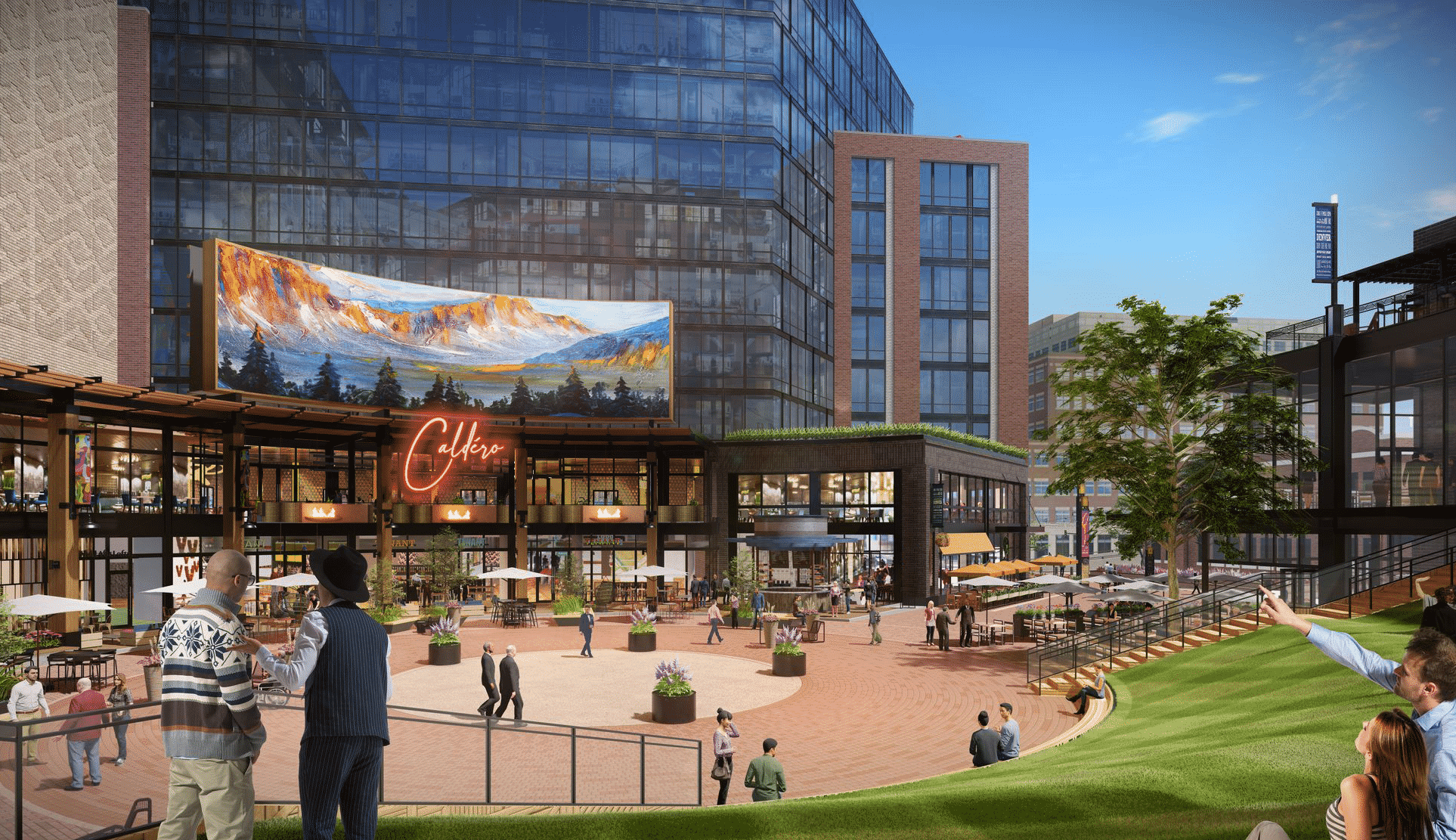 A rendering of Caldéro as seen from McGregor Square’s courtyard. (Courtesy of Brinkerhoff Hospitality)

Caldéro’s menu will feature Southwestern and western-influenced cuisine, such as ribs, steak, rotisserie chicken, fajitas, grilled strip tacos and green chile, similar to Sierra Restaurant’s upscale wood-fired menu. Brinkerhoff also wants to show his love for Hawaii and ship in fresh fish daily. Entree prices will also be similar to those at Sierra, from $20-$40. Drinks will include margaritas, palomas and barrel-aged Casamigos.

Brinkerhoff and his father purchased La Loma, which opened in Denver in 1973 in Jefferson Park, in the 1980s from the Mendoza family. They later moved the Tex-Mex restaurant to its current location at 1801 Broadway, and William opened a second one in Castle Rock last year. A third location is planned in the Denver Tech Center next year.

The owner of Brinkerhoff Hospitality and his son Mark opened Sierra Restaurant in 2017 within Lone Tree’s RidgeGate Commons.

After visiting Sierra Restaurant, Monfort reached out to Brinkerhoff about opening a second location in McGregor Square.

“We didn’t know each other a year ago. But I love the way La Loma and Sierra work, and their attention to detail is incredible,” Monfort said at an invite-only preview of the space earlier this month. “It was ultimately my charm that won him over.”

After Brinkerhoff toured the development and got to know Monfort a bit over some golf, it was a quick sell. He signed a 10-year lease for the 13,000-square-foot space in June. Caldéro will have a bar on the first floor and guests can enter through McGregor Square’s courtyard. 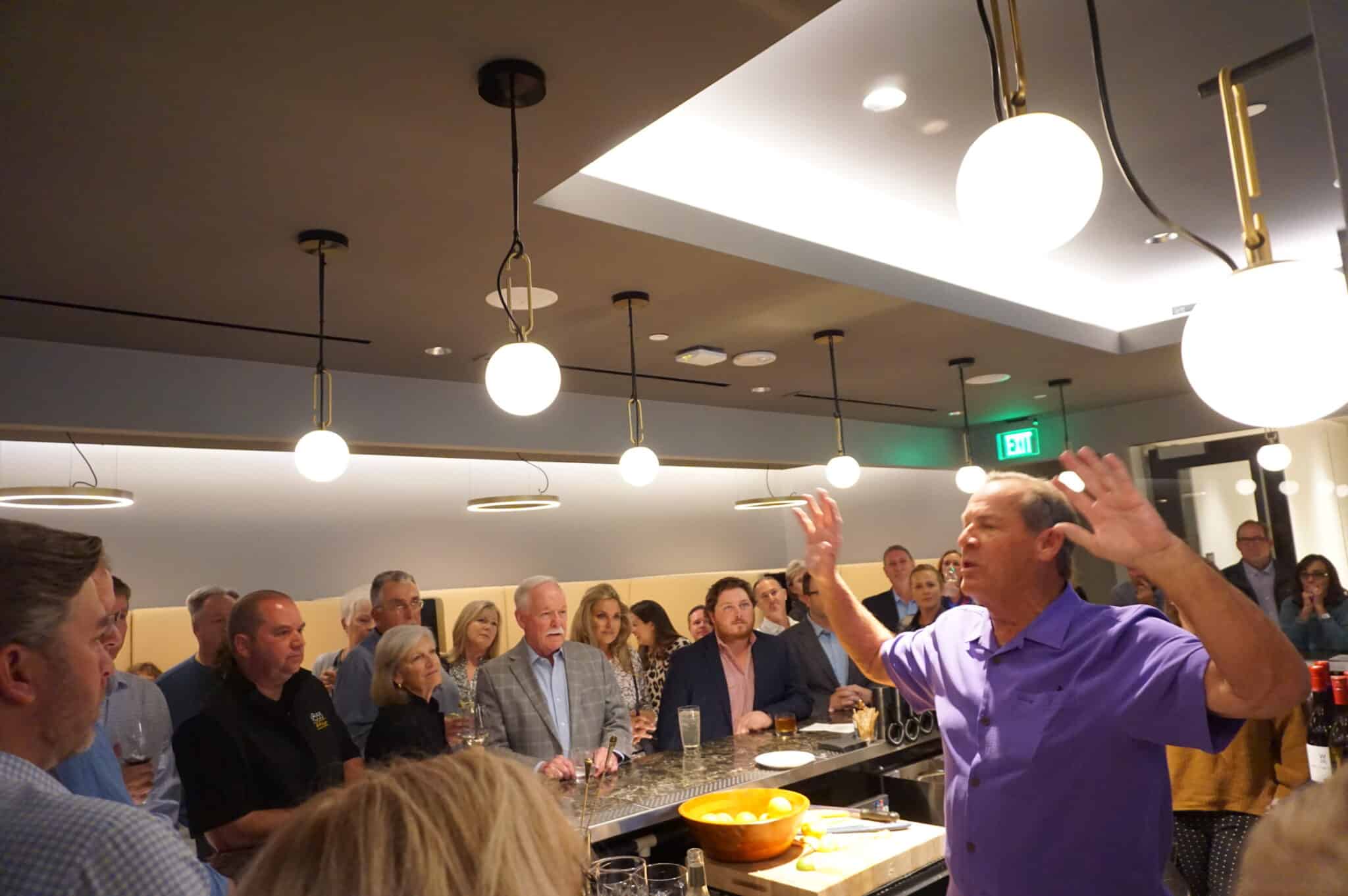 Dick Monfort gives a preview of the Legacy Club, his new members-only bar, to friends, family and residents of McGregor Square.

Brinkerhoff has hired Tim Politis with Denver-based 1ine Studio to design the restaurant, which will include a patio overlooking McGregor Square’s courtyard, exposed brick and hammered copper details, and wood and concrete floors. There will also be a venue space for weddings, receptions and meetings. He’s aiming for a June opening.

Brinkerhoff decided to make it a new concept, rather than open a second Sierra, to keep the location from feeling like part of a chain. Caldéro means cauldron in Spanish.

“Sierra is one of a kind and we want to keep it that way,” he said. “The most fun is to create something and cut it out of whole cloth like that. Of course, we’re in business to make money. But the biggest reward is to create enormous satisfaction for guests and customers and that’s what we strive to do at every level.”

As for Monfort’s invite-only Legacy Club, Caldéro will serve food at it once it opens up.

“It’s all about just being around family and friends and enjoying yourself,” Monfort said at a preview of the Legacy Club. “We want to make sure we cater to your needs. So, if we don’t have your favorite alcohol, we will. It’s $200 a year and the only reason I do that is interest. But if you don’t spend $200 a month, I’m going to kick your ass.”

“It’s going to be unparalleled,” said William Brinkerhoff, owner of La Loma and Sierra Restaurant, of Caldéro. The Rockies co-owner is an investor.