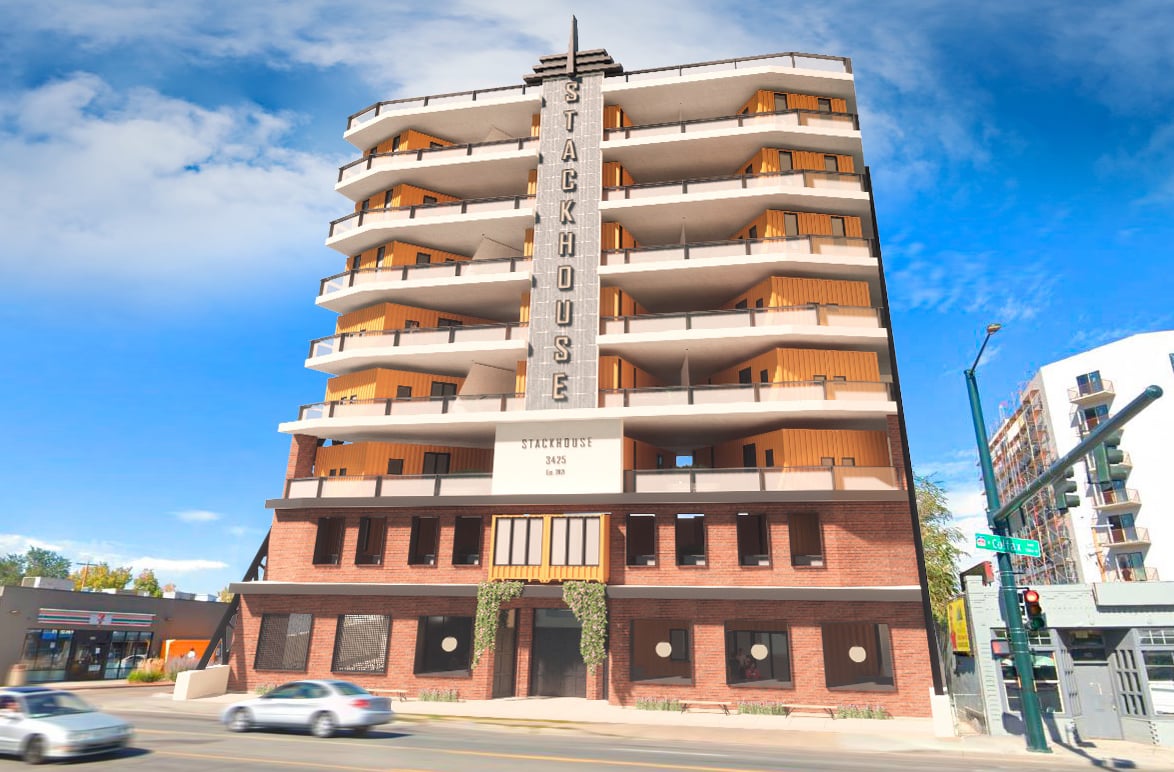 A rendering of the seven-story Stackhouse tower, which would have featured 62 shipping containers converted into condos. (BusinessDen file photos)

An unusual shipping container condo project proposed for a West Colfax lot won’t be all it was stacked up to be.

The couple that wanted to build Stackhouse, a seven-story steel structure with slots for 62 container homes, said it will not be going up at 3425 W. Colfax Ave. as planned.

Ryan Egan and his girlfriend Janelle Briggs were previously under contract to buy the 0.27-acre lot. Egan said the couple wanted to extend the contract, giving them more time to close, but the property’s owner declined to do so. 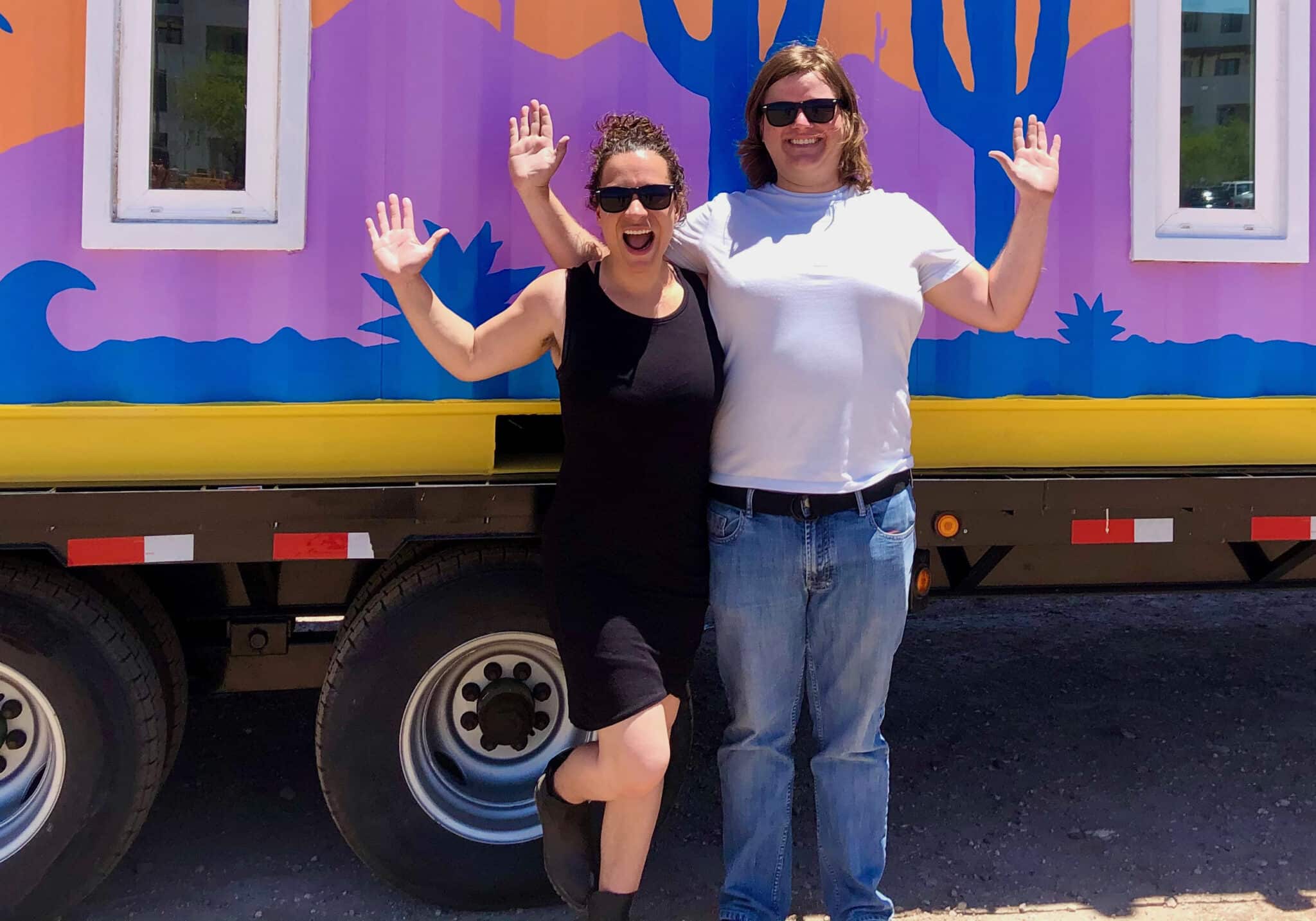 “We had a series of extensions lined up, and I told the landlord from the very beginning we were going to need at least a year or 16 months. And we were about 12 months, but he has his own considerations as far as taxes go,” Egan said.

The couple, who have not previously developed anything, unveiled the plans publicly in August. Egan said he was disappointed in what he felt was a lack of support for the project from the area’s councilwoman, Jamie Torres, as well as some community members. 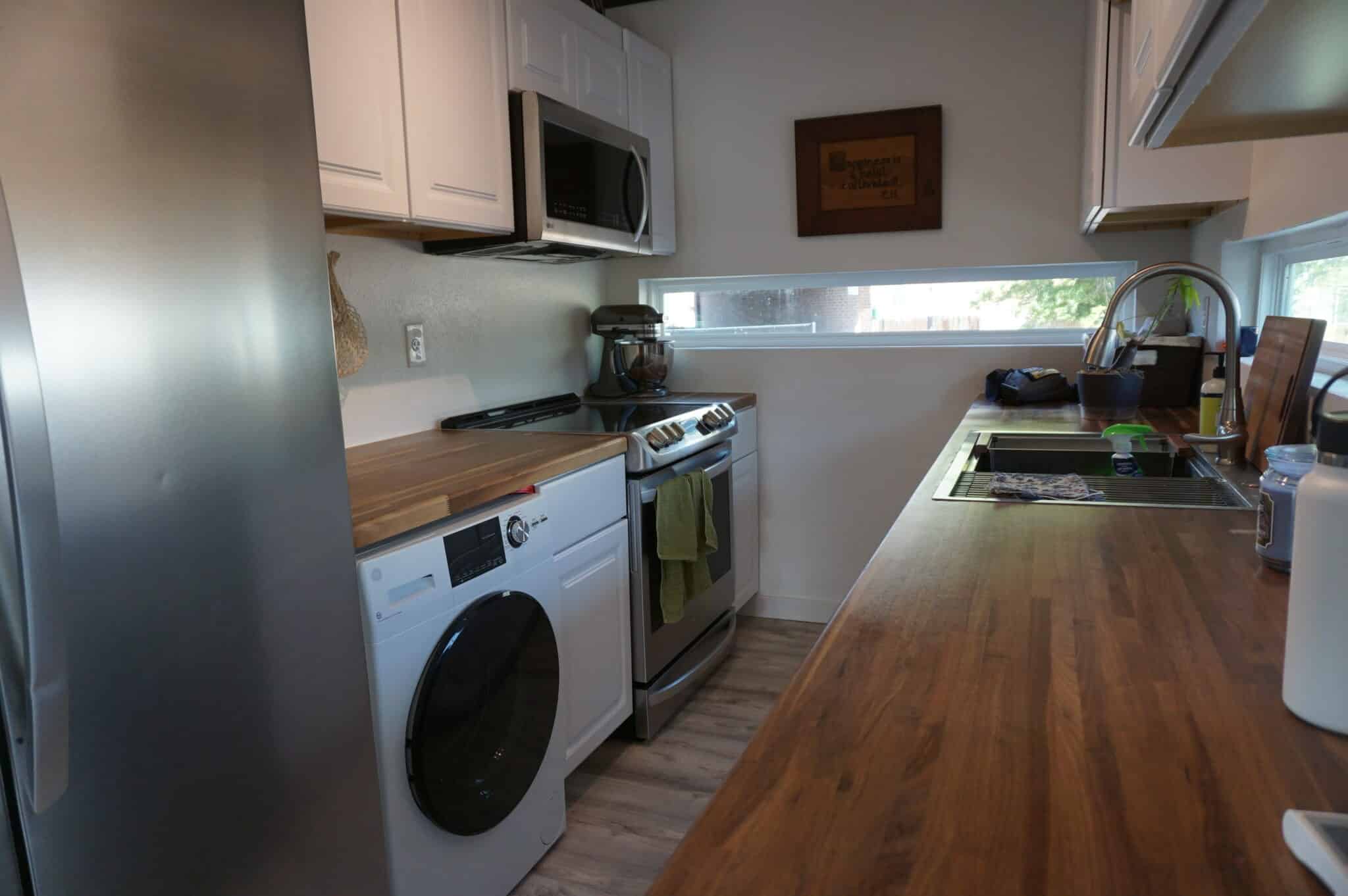 The kitchen in a 320-square-foot model shipping container.

“I think, unfortunately, I learned my lesson and I will build as much as I can in secret as possible because I’ve learned that if you try to do things the way you’re asked to, you’re penalized,” Egan said. “And there’s a reason the quote, unquote evil developers operate in the manner they do. Because I tried to do it the other way, and we were eviscerated.”

He said the couple received 12 deposits for containers, which they will refund.

“I think Stackhouse is of tremendous value to humanity, so I’m going to keep going. But I’m sad there are going to be 62 fewer homes on Colfax that could’ve been there by next year or even sooner if there had not been so many barriers placed once I announced that we had a clear path,” Egan said. “Turns out, they can always throw sticks in the path.”

A rendering of the seven-story Stackhouse tower, which would have featured 62 shipping containers converted into condos. (BusinessDen file photos)