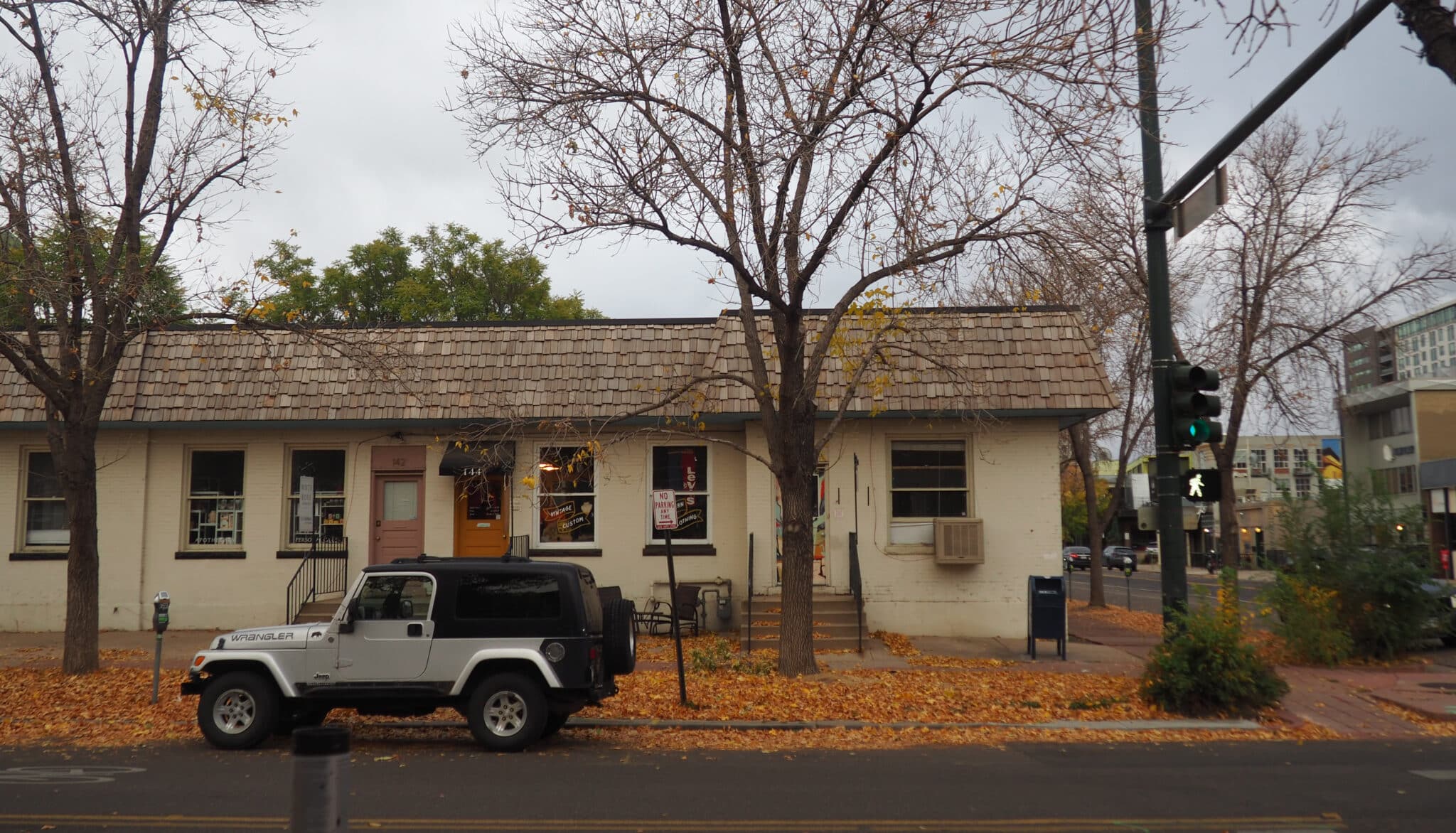 The 1150 Bannock St. lot currently has a single-story building on it. (Thomas Gounley photo)

The firm that has proposed a pair of 30-story towers in the Golden Triangle now owns the property that sits between the two development sites.

Denver-based Urban Villages purchased the 1150 Bannock St. corner lot on Monday, and plans to redevelop that lot as well — part of a broader effort to make the Golden Triangle more of a destination, one where visitors don’t just tour the Denver Art Museum and leave.

The 0.46-acre Bannock lot has an approximately 9,000-square-foot single-story building on it, with multiple units used for office and retail. It’s just northwest of the historic Evans School building, and down the street from the art museum.

Immediately east of the property, Urban Villages has proposed a 30-story building with condominiums and hotel rooms. And to the west, across Bannock Street, the firm has proposed a similar structure with 275 apartments.

The proposals are the first seeking to take advantage of a recent zoning change that allows for taller buildings in the Golden Triangle. Both structures would max out the new 325-foot height limits. 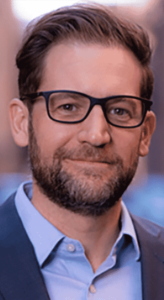 “What we’re thinking at the moment is to have a little bit of relief from that height,” he said.

Buerge said the company is looking at all three lots “with one development plan,” although the projects won’t necessarily break ground at the same time. The general idea is to create a prominent transition between the area’s residential blocks and its museum district.

“Us with Lennar, we really control that transition,” Buerge said, referring to Lennar Multifamily Communities, which owns other parking lots by the Evans School.

“From our perspective, there’s not a neighborhood in Denver that has more upside,” he said.

The future of the Golden Triangle was also on the mind of the seller in the deal.

“At the zoning hearing, I was the sole protester,” he said.

Zeppelin told BusinessDen he’d owned the property for about four decades, buying out a partner about a decade ago. He felt the recent changes didn’t place enough emphasis on complementing the museum district, calling the area “precious.”

Zeppelin said he’s gotten numerous offers for the property, but was suspicious of developers he felt were solely focused on maxing out density. 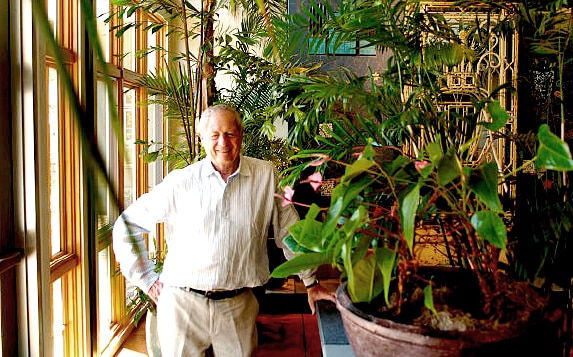 “My concern was really that I didn’t want another high-rise or another building that didn’t enhance the Triangle,” he said.

While Urban Villages has proposed two towers, Zeppelin said he essentially thinks the company is approaching development the right way. And he said that, in addition to the $6 million purchase price, Urban Villages agreed to pay $200,000 toward a fund expected to ultimately be used to hire an urban planner to help guide the neighborhood’s future.

“I thought they really seemed convinced of the importance of preserving this area,” Zeppelin said.

Buerge, of Urban Villages, said the company was “already in motion” to hire an “internationally revered” urban planning firm.

“When we approached Mickey, he shared those same goals,” he said.

Buerge said other firms may contribute to the cost.

“There’s been no agreements, but we have begun approaching other private property owners and developers,” he said.

The 1150 Bannock St. lot currently has a single-story building on it. (Thomas Gounley photo)

The 1150 Bannock St. lot lies between sites where Urban Villages is planning to build 30-story towers with condos, apartments and hotel rooms.