Matt Magrann, CEO of Projex and sister company Culture, stands in front of the 2641 Walnut St. building he purchased for $3.9 million. (Courtesy of CBRE)

Matt Magrann should be able to get a good deal on desks and chairs for the new place.

The majority owner of office furniture dealer Projex, as well as its sister company Culture, has purchased a building in RiNo that will eventually house both businesses. They’re currently in LoDo.

Magrann, who is also CEO of both companies, paid $3.88 million last week for the building at 2641 Walnut St. CBRE broker Ryan Link represented him in the deal.

Magrann has signed a short-term lease with a company called Snack Crate, but then he plans to renovate the structure for use by his firms.

Projex was founded in 2017, and sells a variety of lines of office furniture, with Teknion being its flagship manufacturer. Culture, founded last year, is a complementary design-build firm that Magrann said specializes in “wayfinding signage and experiential graphic design.”

The two companies currently operate in 6,000 square feet at 1617 Wazee St., and together have 14 full-time employees, a count that Magrann expects to grow. He said Projex — which Magrann co-founded with Hal Matthews — did $11.5 million in revenue in 2020.

“I think we’ll be pretty level on that number this year, which given COVID and what we do I’m pretty proud of,” he said.

Magrann said he expects Culture to do about $2 million in revenue next year. 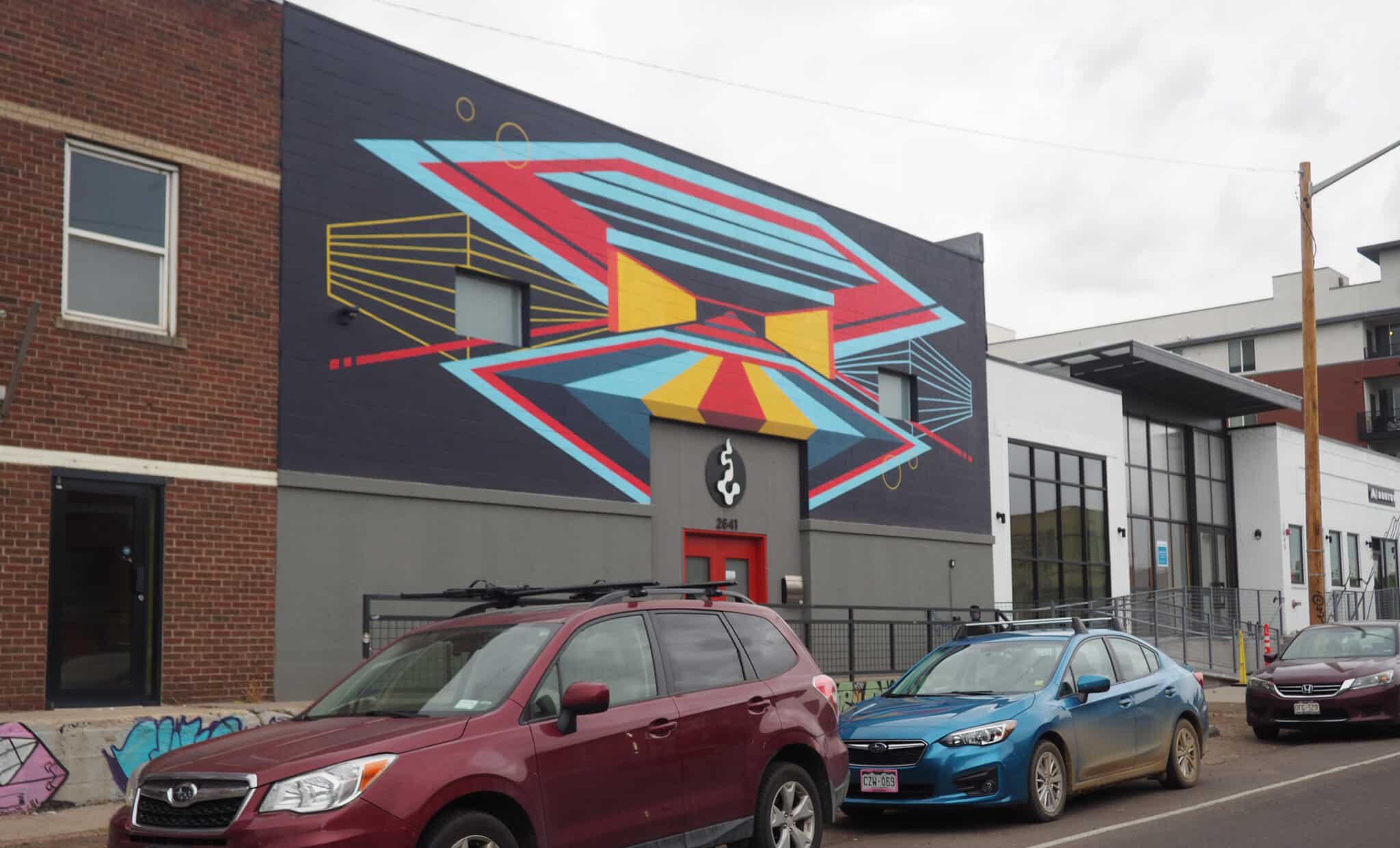 The building will be leased to Snack Crate and then renovated for use by Magrann’s firms. (Thomas Gounley photo)

Magrann said the businesses have two years left on their lease, and he decided he wanted to buy their next office if possible. Initially, he hoped to buy their current building, but couldn’t make that deal happen.

“I was against signing another five-to-seven-year lease with the lease rates in Denver,” he said.

The RiNo building was one of the first other ones he looked at, Magrann said.

The building, which sits on 0.14 acres, is 8,645 square feet, making the deal worth $448 a square foot. Not counted in that figure is a mezzanine level, which Magrann said adds another 1,500 or so square feet.

The building is next to, and across from, multiple properties owned by Edens, the Washington D.C.-based firm that has spent about $85 million on RiNo real estate since 2018.

Magrann purchased the building from Diablo Media, the marketing agency that had used the building. It paid $1.6 million for the property in November 2014, records show. Aaron Grant of The Grant Real Estate Co. represented the seller.

Magrann said he expects to spend about $1.5 million to renovate and build out the new office, including furniture. He plans to redo the front facade so it’s all glass, and create a front patio area.

“For what we do, natural light is key,” Magrann said.

Matt Magrann, CEO of Projex and sister company Culture, stands in front of the 2641 Walnut St. building he purchased for $3.9 million. (Courtesy of CBRE)

Matt Magrann purchased the 2641 Walnut St. property from Diablo Media, a marketing agency that paid $1.6 million for it in 2014.