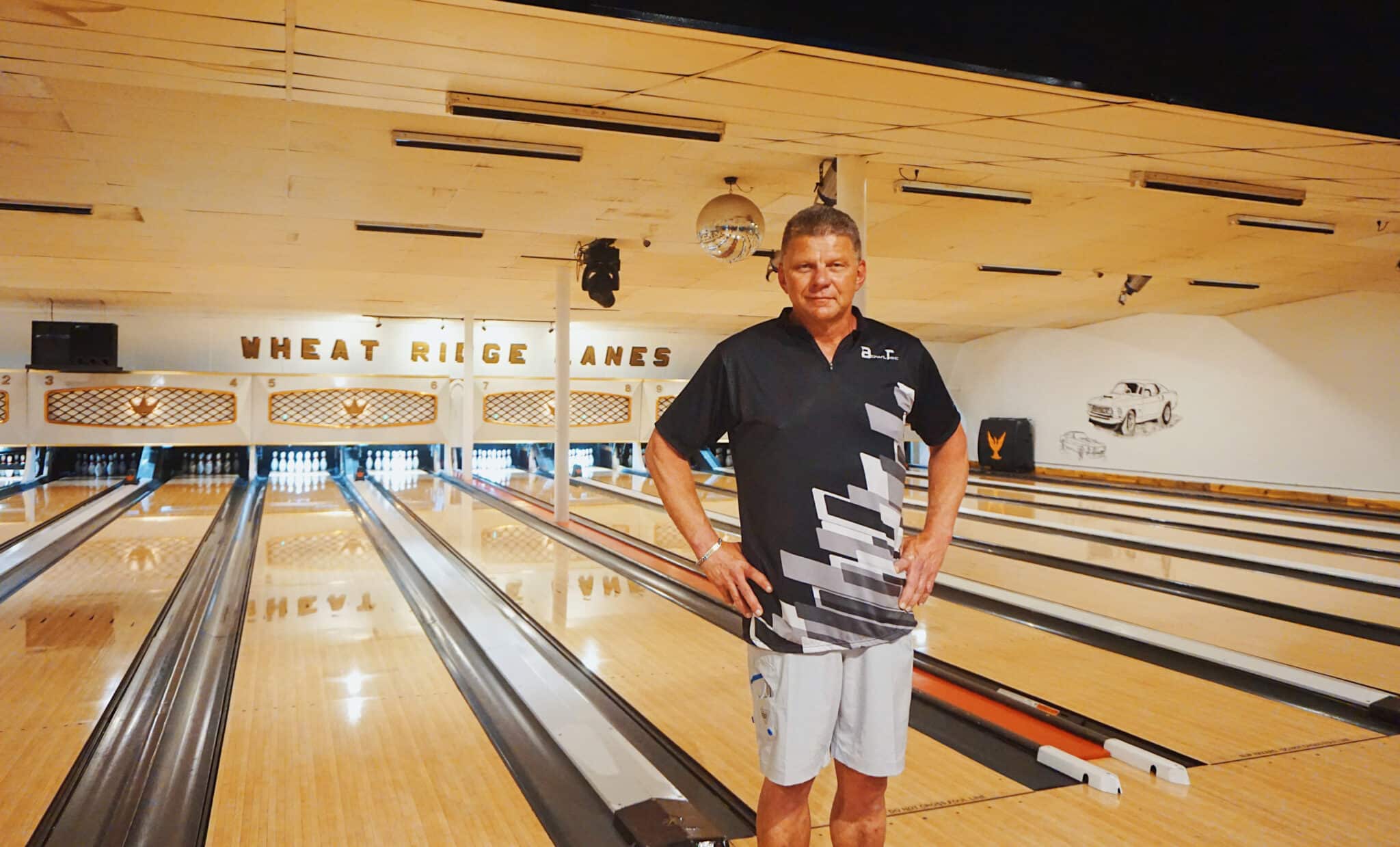 Dave Hanscom owned Wheat Ridge Lanes since 1999 before selling it for $3.2 million this month, but his family had owned the bowling alley since he was born in 1964. (BusinessDen file photos)

Dave Hanscom feels like “an anvil has been lifted off my head,” he said.

After nearly 20 years of owning and operating Wheat Ridge Lanes, the Denver native sold the bowling alley this month for $3.2 million, he said.

“I got the place busy to a point where it’s a lot of hard work every day and it doesn’t stop. So, I was relieved that somebody else wanted to take that over and work those 16 to 20 hour days,” Hanscom said. “My stress level is down a lot.”

Hanscom sold the 12-lane bowling alley on Oct. 9 to Spencer Frame, a Loveland native and former elementary school teacher, who plans to keep the business as is. 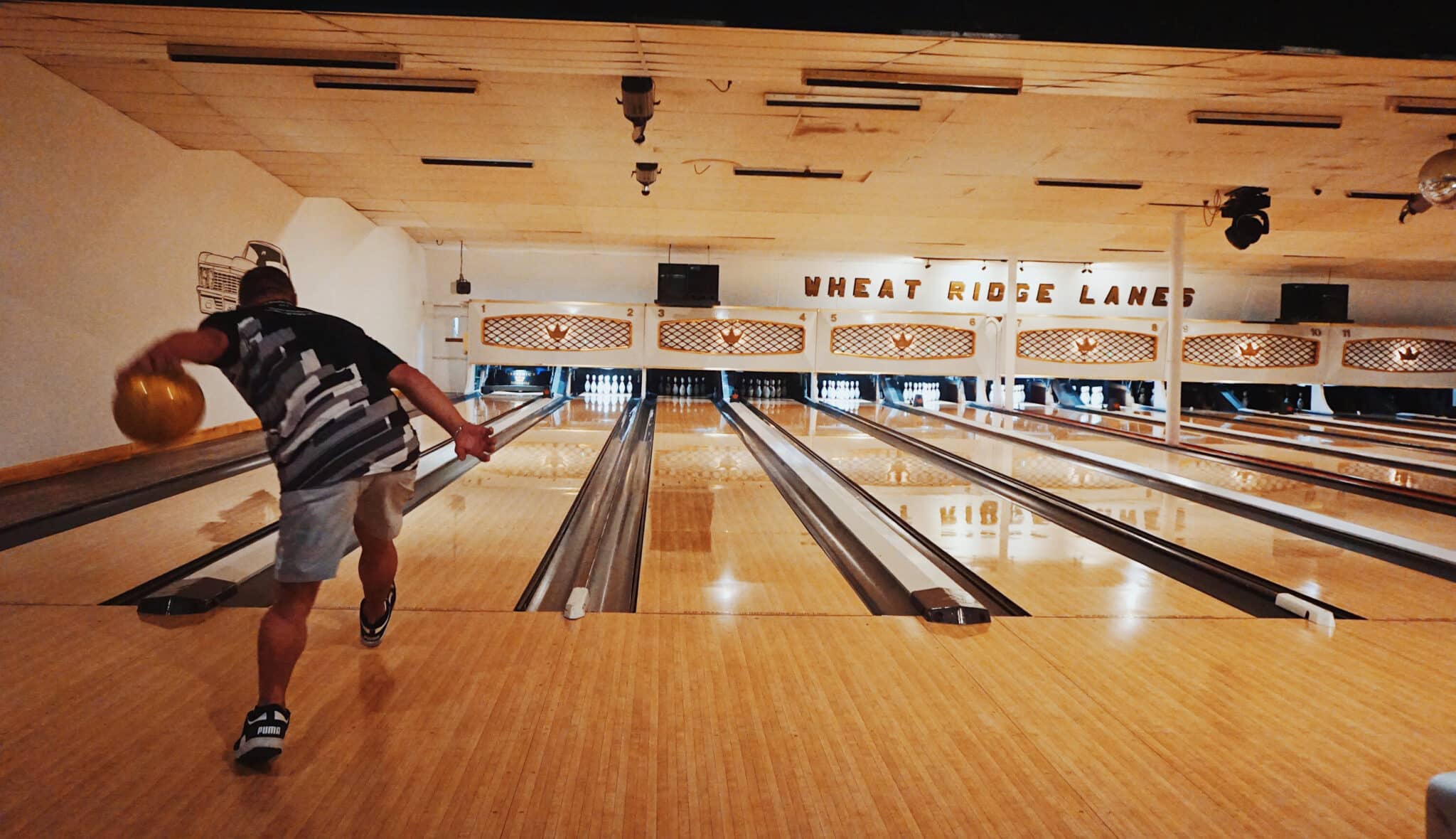 Hanscom has bowled 56 games with a perfect score of 300 over the years.

Hanscom, 56, bought the business from his dad in 1999, but had been working there in some capacity since he was 11 years old. When the pandemic hit, he was officially “burnt out” and originally put the 12-lane bowling alley on the market for $4 million at the end of March.

And even though the hard work is why he’s leaving, Hanscom said it’s what he’ll miss the most.

“It sounds funny, but I’m really going to miss the grind,” he said. “I’ve been doing it for so long that that’s just what I do. It keeps me busy and there’s no cutting corners.”

Now, he’s turned his focus to a couple of hot rods in his garage “that I haven’t been able to get to and have been sitting here,” as well as his grandchildren and health, he said. 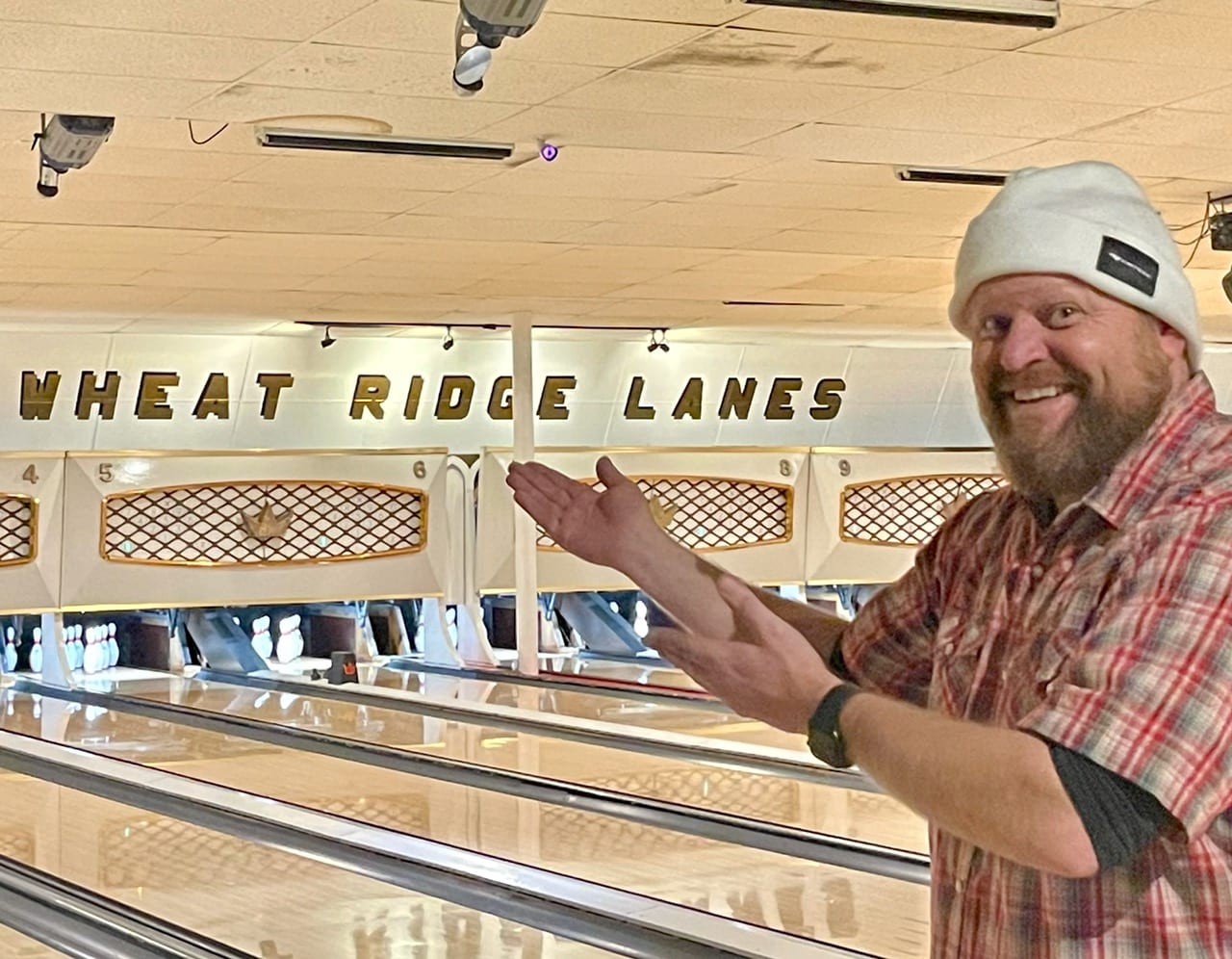 Spencer Frame purchased Wheat Ridge Lanes and plans to operate the bowling alley as is. (Courtesy of Spencer Frame)

Frame joined a bowling league at Wheat Ridge Lanes a few years ago and fell in love with the old school feel of the place.

When he heard Hanscom was selling the bowling alley, he decided he didn’t want the legacy to die.

“I’ve been an elementary school teacher for the last nine years, and before that I was a dive instructor. So, I really enjoy helping people learn and have fun,” Frame said. “Bowling is something I’ve really enjoyed. I love the fact that you can be really good at it and make it competitive, or an amateur striving for perfection, or anybody who just enjoys the game.”

He added, “Just in the last two weeks since I’ve owned it, the pleasure of people getting a strike and the cheers for a spare make me feel excited to be a part of something that has the history that Wheat Ridge Lanes does, and I hope to carry on the same tradition of fun and high-quality lanes.”

Frame studied business in college after watching his father run his own small business in Loveland growing up.

“I think Dave and I both have the work ethic, commitment and dedication to what we do through that experience,” he said. 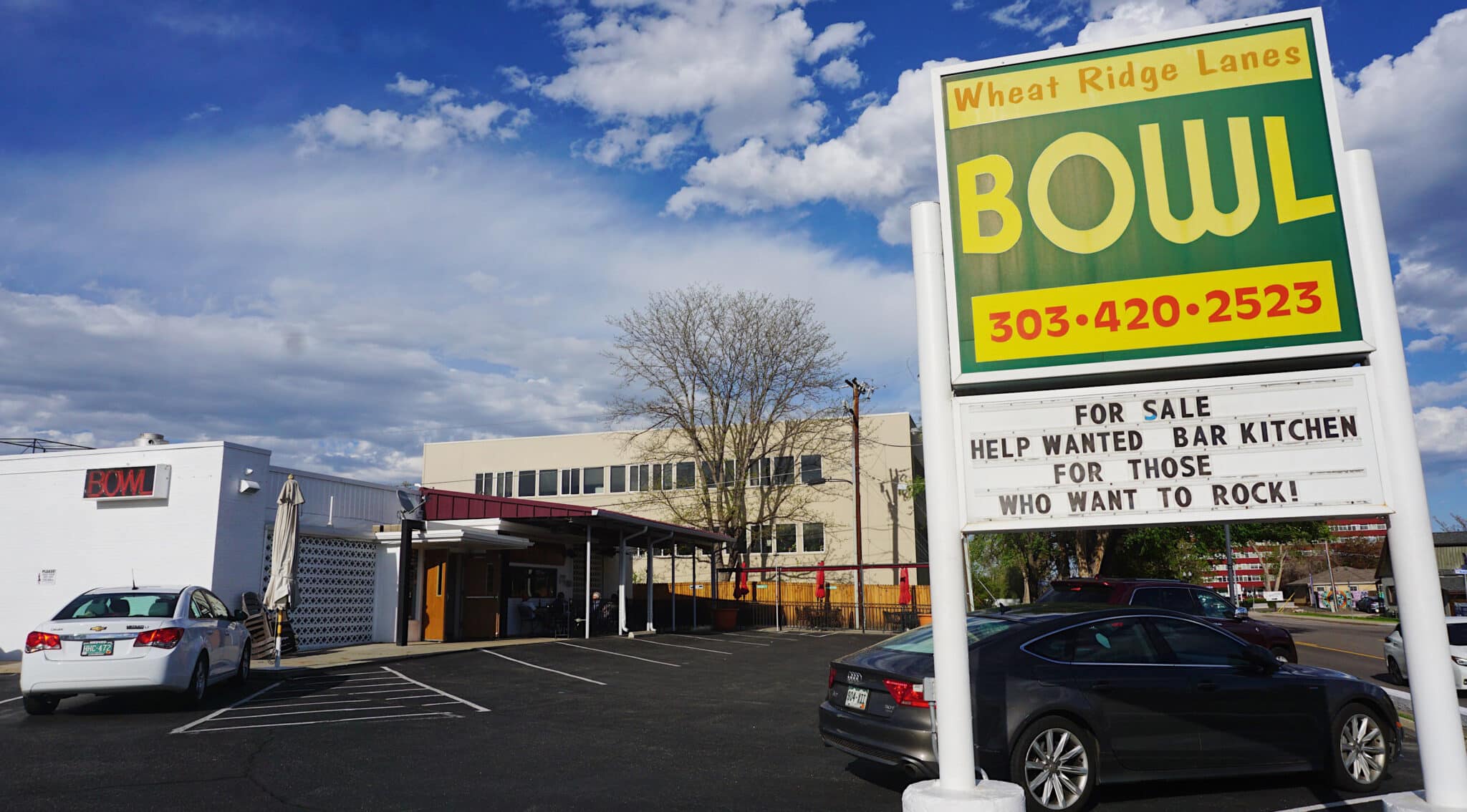 Frame said he’s always wanted to own a company and used his savings plus loans from his family to put a down payment on the bowling alley. Hanscom is helping him transition into his role as the new owner.

“So many patrons were worried this place wasn’t going to stick around,” Frame said. “After Elitch Lanes left Tennyson Street, we need places like Wheat Ridge Lanes to keep the West 38th Avenue corridor alive and connected to the community.”

The new owner has no immediate plans for renovations, but he said he’d eventually like to expand the patio with more outdoor games such as cornhole and bocce ball.

“If it’s not broke, don’t fix it,” Frame said. “The old school feel of the bowling alley is something I don’t want to change. That’s definitely the charm of the place. It’s almost like going back time in a way, and I think that’s something that has people coming back. They like that feel whether they’re millennials trying to be retro or that 65-year-old couple who is reminded of their first date.”

Dave Hanscom owned Wheat Ridge Lanes since 1999 before selling it for $3.2 million this month, but his family had owned the bowling alley since he was born in 1964. (BusinessDen file photos)

“An anvil has been lifted off my head,” said Dave Hanscom, whose family has owned the bowling alley at 6595 W. 38th Ave. for 57 years.