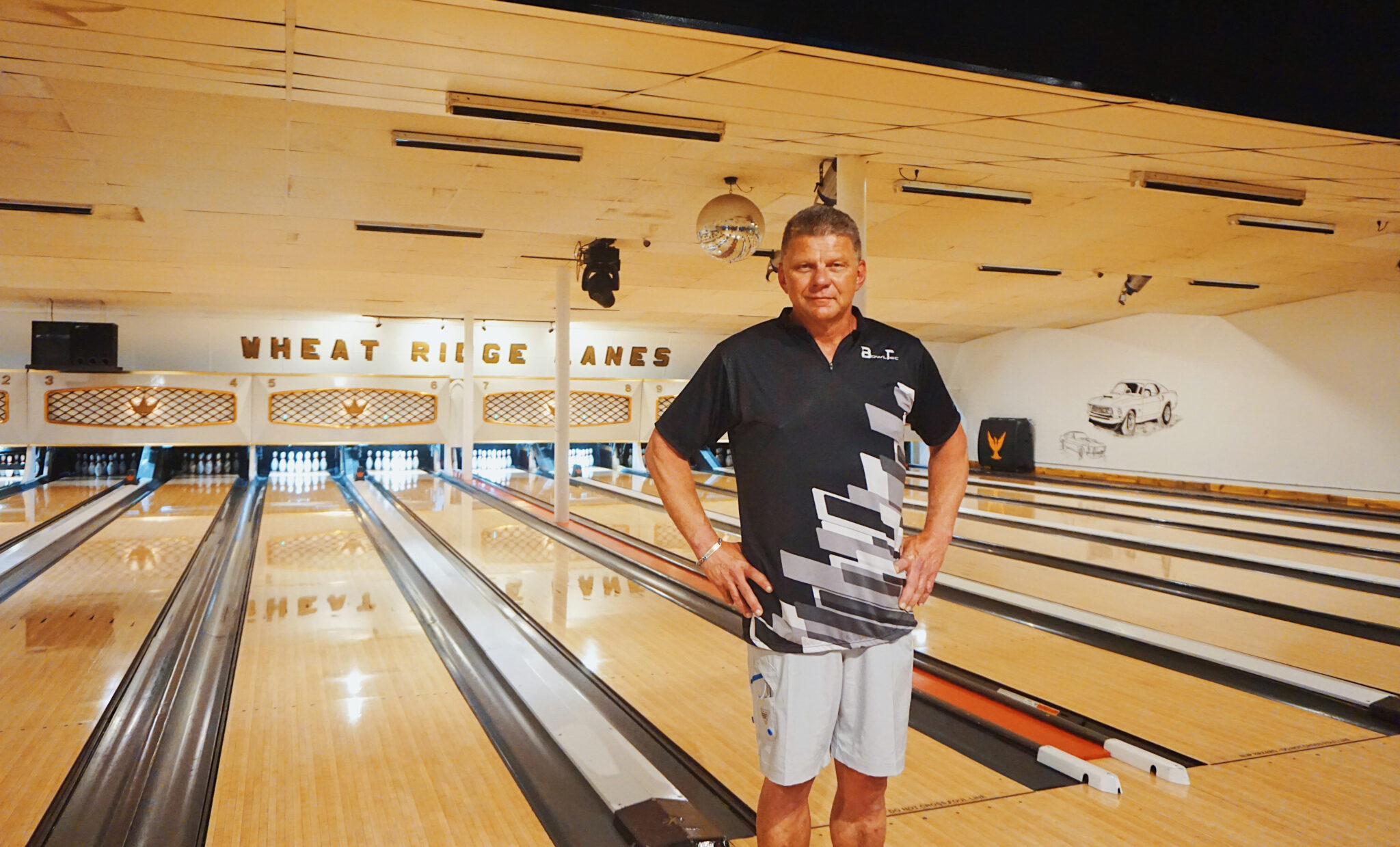 Dave Hanscom has owned Wheat Ridge Lanes since 1999, but his family has owned the bowling alley since he was born in 1964. (Lily O’Neill photos)

When Dave Hanscom was born in 1964, the first place his parents brought him after leaving Lutheran Medical Center was Wheat Ridge Lanes.

“And I’ve been here ever since,” he said.

Hanscom’s father, Richard, had been working at the bowling alley since it opened in 1958 and purchased the business four days before Dave was born. Later, in 1973, Richard bought the 11,743-square-foot building, which sits on nearly an acre at 6595 W. 38th Ave., for $137,500, according to property records.

Hanscom, 56, bought the business from his dad in 1999, but has been working there in some capacity since he was 11 years old.

“One of my favorite photos is of me sitting on my dad’s lap in his office at the bowling alley, and I’m a 3-year-old, scruffy little kid with a bag of M&Ms in my hand,” Hanscom said. “I don’t remember what my dad was saying but he was asking me a question that left me with some puzzled look on my face, and I love it.”

“I also got to witness my dad bowling his only sanctioned 300 game at the age of 75, which was one of the coolest memories,” he added. 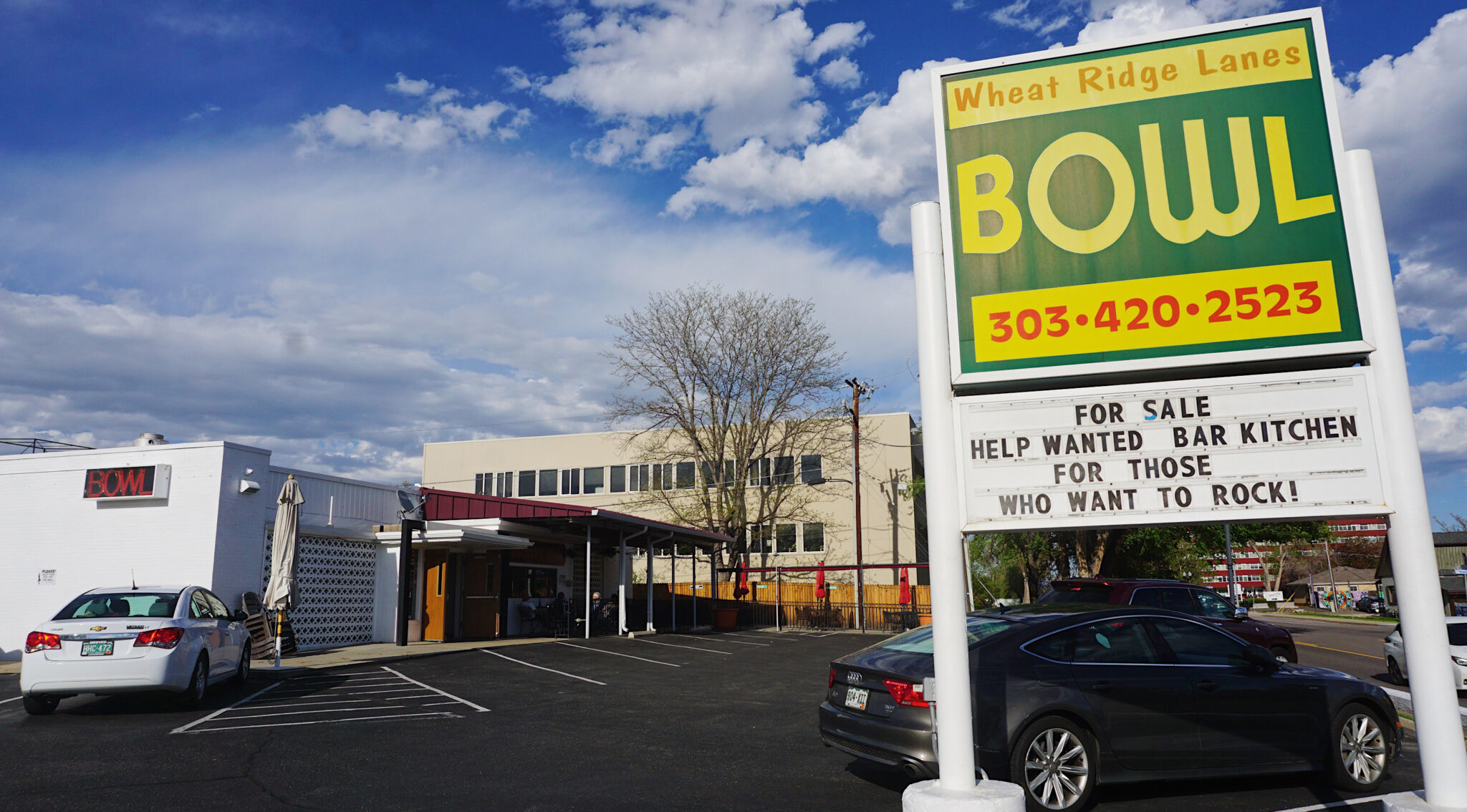 Wheat Ridge Lanes, which hasn’t been on the market for nearly 60 years, is up for sale for $4 million.

But after more than two decades running the bowling alley, Hanscom is burnt out. At the end of March he put the property and business up for sale for $4 million.

“You know in all these 20 years, I haven’t had time to read a book,” Hanscom said. “Now, all I want to do is just sit down and get consumed by something other than just bowling.”

“But that being said, bowling has been damn good to me and my family, too,” he added. “I certainly can’t complain about the living we made. We made millions of dollars in the bowling business.”

When the pandemic hit, Hanscom was relieved to have reduced hours. The 12-lane bowling alley is currently open from 2 p.m. to midnight Tuesday through Saturday. Now that things are picking back up, people have been requesting extended hours.

“People want to stay till 2 a.m., and then I’m not out of there till 3:30 in the morning, and I’ve been doing that for too long,” Hanscom said. “It’s time for someone who’s 20 or 30 years younger that has the energy to do something with this place.”

“When I took it over from my dad, I had a certain goal, then I reached that and then another one,” he added. “By now, I’ve exceeded all the goals I’ve set for myself. So, it’s time to move on.” 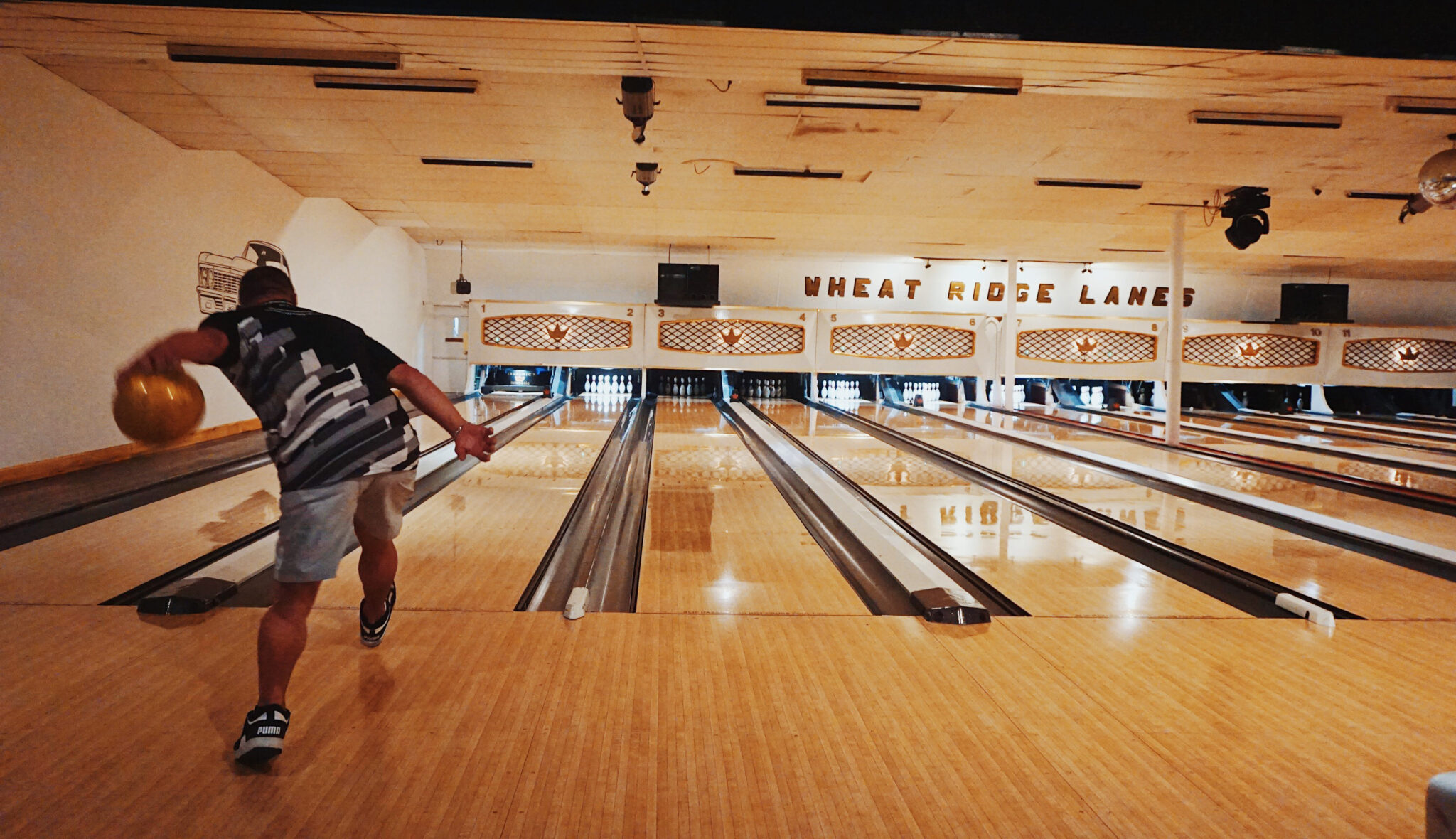 Hanscom has bowled 56 games with a perfect score of 300 over the years.

Hanscom has been quite the bowler himself over the years, bowling the same number of perfect 300 point games as his age: 56. He said he wants to use his time off to bowl competitively.

Hanscom said he designed the bowling alley to have an old-school, traditional feel, and he wants it to stay that way. “None of that laser crap,” he said.

He plans to carefully select a buyer who will respect the history it has within the community, and wants to work a deal into the contract that states the buyer has to keep the business Wheat Ridge Lanes for a certain period of time.

“I don’t want to see anybody taking a bulldozer to it and putting up an apartment building,” Hanscom said. “It’s an icon, and people are upset that I’m selling the place because they don’t know what’s going to happen.”

“Whoever purchases this place needs to heed my advice and be careful with this customer base because if they try to change a bunch of things right away and turn it upside down, people are going to leave in droves,” he added.

Looking down memory lane, Hanscom is proud of what he and his father, who died in 2015, created together. And he knows that bowling will always roll through his veins.

“I’ll miss those moments after locking the doors, where I just kick back with a beer, nobody else around, and enjoy that place,” Hanscom said. “I also met some pretty damn good friends along the way, too.”

“But the day it sells I’m going to walk out the door and into my truck with my travel trailer on the back and go fish for a while.”

Dave Hanscom has owned Wheat Ridge Lanes since 1999, but his family has owned the bowling alley since he was born in 1964. (Lily O’Neill photos)

Dave Hanscom, who bought the bowling alley from his father in 1999, is burnt out after spending his entire life there and ready to move on.