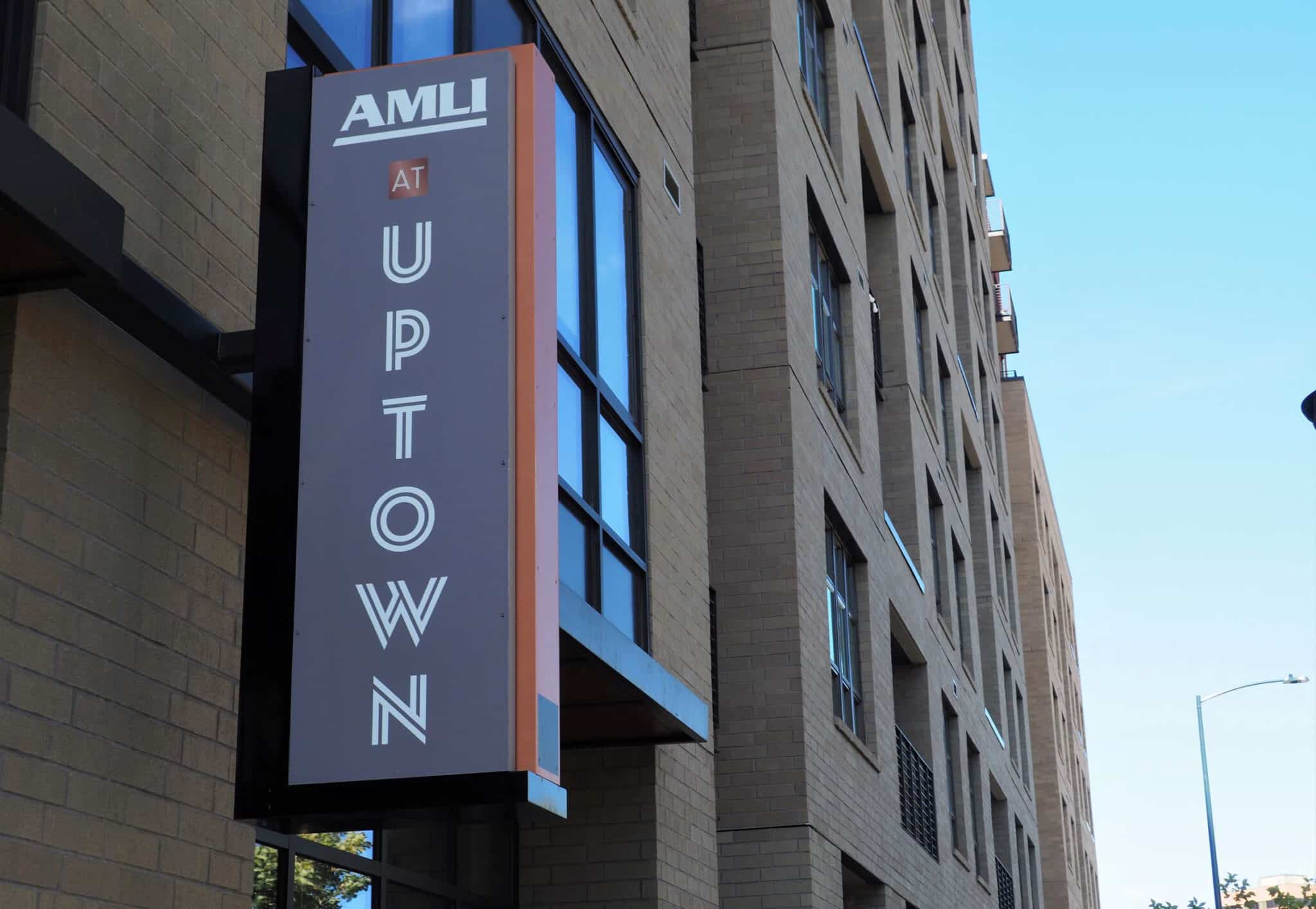 A new apartment complex in Uptown cited as an example of a “win-win” between preservation and development interests has changed hands.

Formerly known as Bespoke Uptown, the complex has now been rebranded AMLI at Uptown. The deal, which did not include the project’s retail space, works out to $572,584 a unit.

The complex, which tops out at 10 stories, was developed by Nashville-based Southern Land Co. and opened in January. It spans the entire west side of the 1600 block of Pearl Street.

Southern Land purchased the site in 2015 for $11.5 million, records show, from Denver-based Tavern Hospitality Group, which operates the Tavern chain.

Southern Land originally planned to demolish the Tavern building. But neighbors pushed back against the idea. 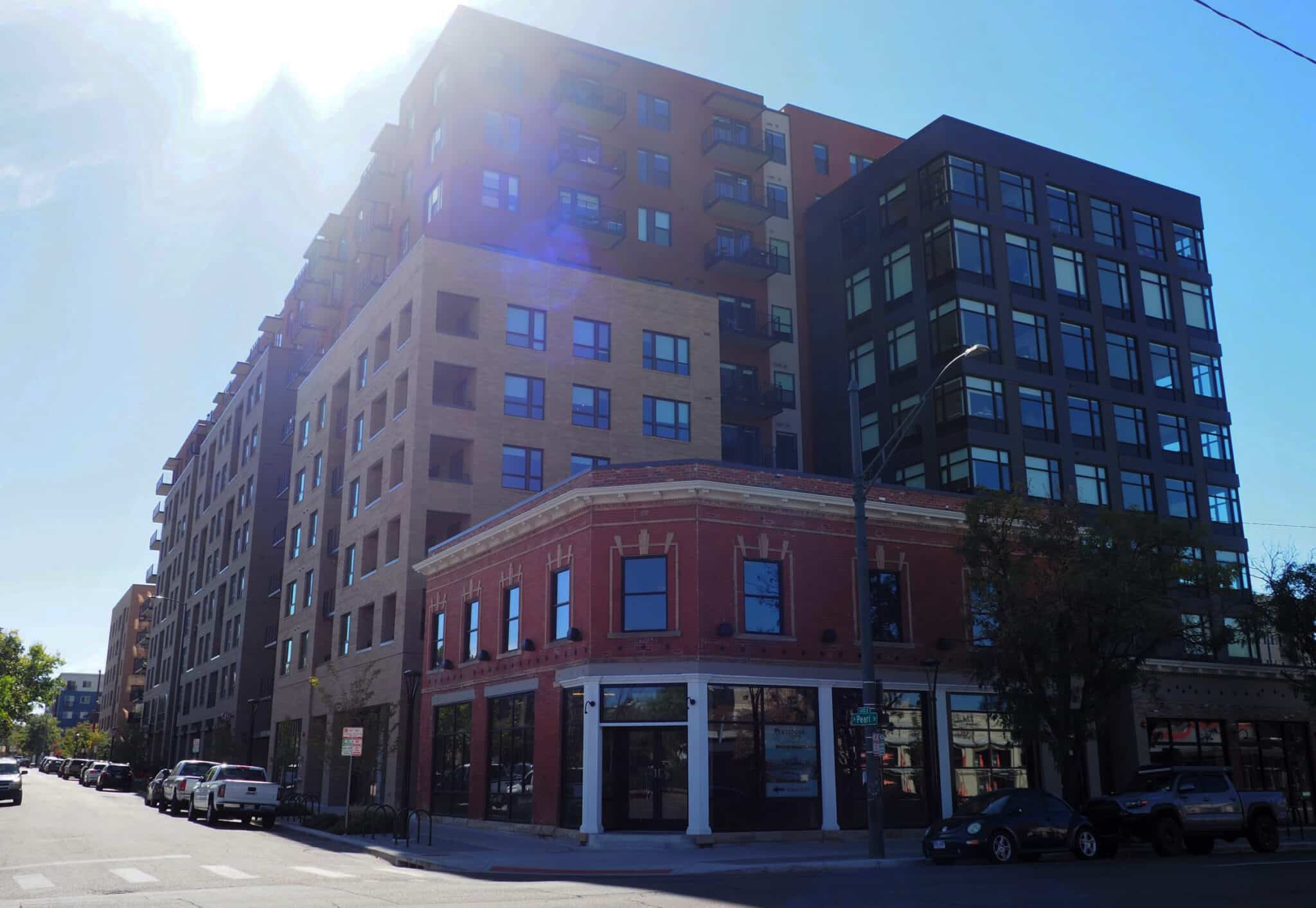 The apartment complex as seen from the corner of 17th Avenue and Pearl Street, with the former Tavern Uptown building in the forefront.

Annie Levinsky, executive director of Historic Denver, would later write that the preservation-minded nonprofit approached Southern Land with a possible solution: “Shift the intensity of the development back off 17th, but accommodate the same number of units by allowing changes in the permitted building envelope.”

“This would save the beloved corner building, provide Southern Land with the ability to develop a project with the same number of units as originally conceived, and ensure that historic 17th Avenue retained its heritage and identity,” Levinsky wrote in the Colorado Real Estate Journal. “Southern Land took this idea one step further, creatively determining that it could maintain the same height as first proposed, but accommodate more units through a zoning change that altered the number of floor plates allowed from eight to 10.”

The Denver City Council approved the zoning change in 2016. The project has been cited as an example of a “win-win” solution in more recent landmark debates, including one this year over Denver7’s building at 123 Speer Blvd.

Southern Land renovated the Tavern building and adjacent structure as part of the development. The company then sold that space back to Tavern Hospitality in the spring for $3.62 million, records show.

The Uptown project was Southern Land’s second in Denver. The first was the 302-unit Centric LoHi, which sold in 2018 for $130.75 million.

AMLI, meanwhile, owns multiple apartment complexes in the Denver area. Earlier this year, the company submitted development plans to the city for a 16-story project at the northwest corner of 8th Avenue and Broadway in the Golden Triangle.

The 10-story, 316-unit project has been cited as an example of a “win-win” between preservation and development interests.