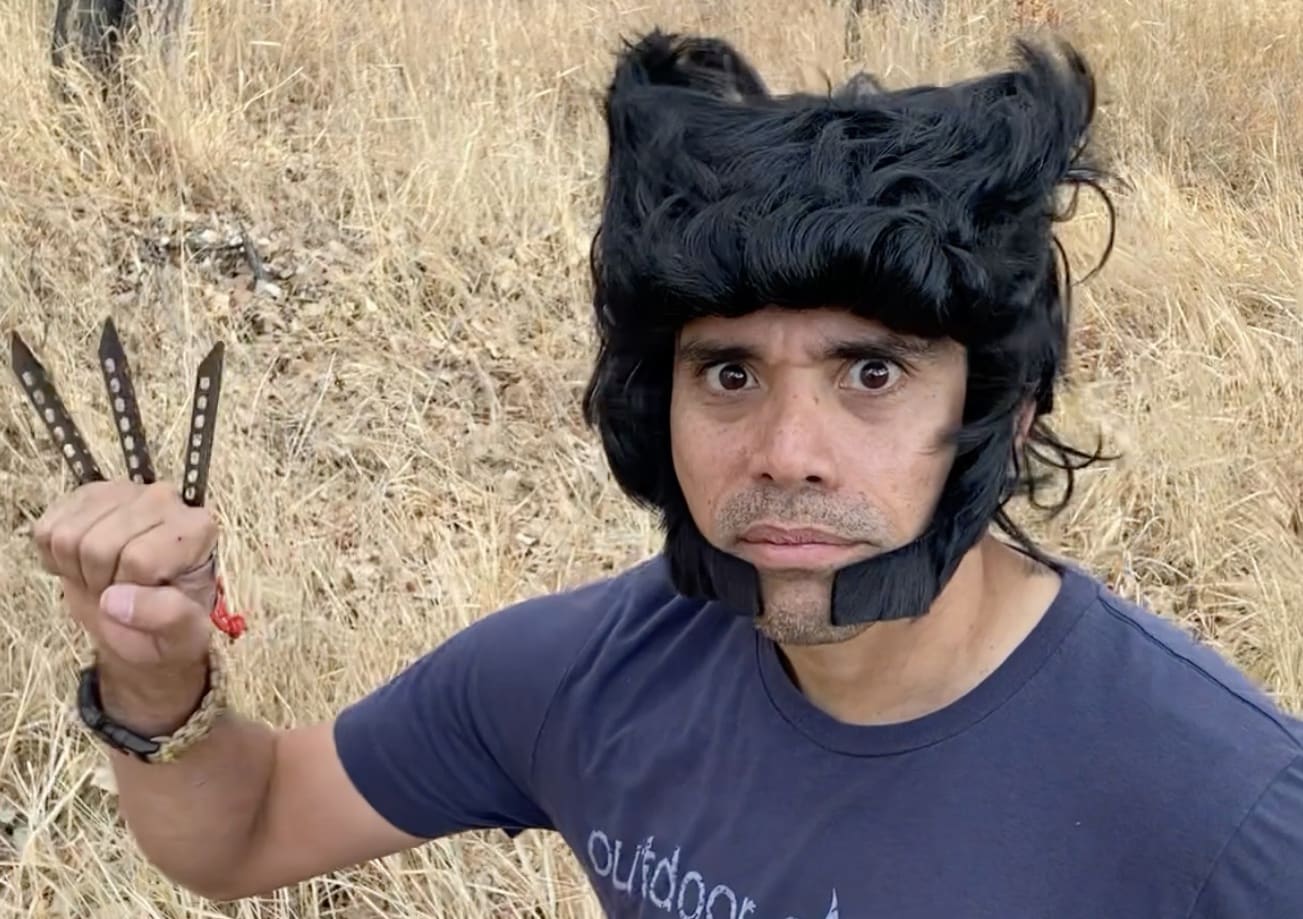 The entrepreneur quit his aerospace engineering job in 2017 to make outdoor survival gear full-time. He has been granted four utility patents over the last six months and four design patents over the past couple years for his Outdoor Element products.

“It’s been good to set myself apart from the competition,” Mojica said. “We’re innovating but also protecting our ideas. We don’t want to be a free R&D service to the world since we have something unique and novel.”

He added, “It costs a ton, but I really feel like on the back end it’s going to have its dividends where we’re protected, it’s going to be a barrier for entry if someone wants to compete against us, and then if there’s ever an exit strategy, we have a portfolio protecting our designs.”

Mojica and his business partner Joe Brown, who is the company’s chief of operations and logistics, most recently received a utility patent this month for Outdoor Element’s “Phoenix Talon” survival hunting knife, which features a fire-starting spark wheel and a removable handle that reveals a pocket for storing small survival items. The utility patent protects the overall concept of the knife. The pair were granted a design patent that protects the general shape and aesthetics in 2019.

The Phoenix Talon retails for $120 on the company’s website. 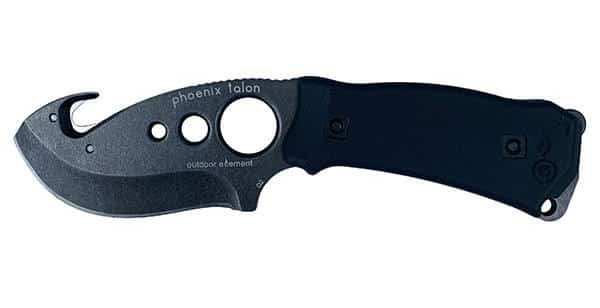 The Phoenix Talon, a survival hunting knife, features a fire-starting spark wheel and a removable handle that reveals a pocket for storing small survival items.

“I still feel like it’s in its infancy, but it’s ready to be shared with the larger hunting audience,” Mojica said.

The hunting knife has also been endorsed by Rick Kreuter of the Outdoor Channel’s “Beyond The Hunt” TV show. Mojica bumped into the TV personality at an outdoor retailer show a few years ago.

“Fast forward a year, I shipped him and his wife Julie a set to play with, and he called me up a few months later saying he wanted to drop his own large knife endorsement and work with me,” Mojica said. “He said, ‘I like your knife and I want my name to be on it. I don’t care if you’re small or big, I love it.’ Since then, I was able to collaborate with him. His official logo is etched into our knife, and he’s giving it some legs by using it on his show. We’re not really doing any advertising but he’s organically using it, which fits my budget.”

In addition to the knife, Outdoor Element received a design and utility patent for both its “Firebiner,” a multi-tool carabiner with a fire starter, and its “Fire Escape,” a first-responder inspired evolution of the Firebiner with a seat belt cutter, bottle opener, fire starter, window breaker and wrenches.

Mojica and Brown were also granted a design and utility patent for a buckle with a fire wheel that’s featured on Outdoor Element’s Kodiak and Woolly Mammoth survival bracelets. And a utility patent was granted to its “Vial Gate” carabiner, which incorporates a carabiner with a container gate for tinder or other survival items and which Mojica said will hit the market next year. 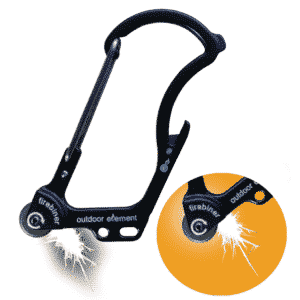 The Firebiner, a multi-tool carabiner with a fire starter, retails for $15 online and in REI and ACE Hardware stores around the U.S.

The startup, which is still based out of Brown and Mojica’s basements, is waiting on two more patents. A utility patent has been allowed but not officially granted for a buckle with a knife sharpener, which will also be able to clip on one of the survival bracelets. Another is pending for its new camping product “Handled,” a tool that can be used as both a pot-gripper and a solution to recycling old fuel canisters.

“It protects me but also helps competition understand what I’m actually protecting, and I feel like that’s a risk I’m willing to take,” Mojica said. “The way we’ve written our claims are pretty broad, so I feel like they have a good weighted protection. I’ve designed the most efficient way. So, if someone wants to design a product that’s less efficient, then so be it.”

When the pandemic hit, closing down national parks where Outdoor Element products are sold, and prompting Amazon to focus on delivering essentials, Mojica said he was scared. But sales increased 20 percent year-over-year in 2020, and he expects to see the same for this year due to a subsequent increase in outdoor activity.

He’s previously raised $277,452 in sales from Kickstarter, where he’s launched most of his products.

Outside of the patents, Mojica is working on a host of new Outdoor Element products to launch within the year, including a folding feather knife, pots to go along with his Handled tool, an omnitensil for camping, a poop pouch for camping and a camp organizer with webbing and carabiners.

“I have a whole book of ideas,” he said.

Mike Mojica, founder of Outdoor Element, most recently got one for a survival knife featuring a fire-starting spark wheel.