There is no shortage of Kickstarter ideas in the Mojica household.

On the heels of his wife and daughter’s fundraiser for an eco-friendly leash in March, Englewood resident Mike Mojica launched his fifth Kickstarter campaign this month.

The serial entrepreneur and founder of survival gear startup Outdoor Element is raising money for his new camping product “Handled,” a tool that can be used as both a pot-gripper and a solution to recycling old fuel canisters. 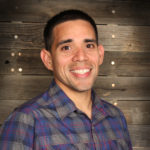 “A large percentage of the Kickstarter community are outdoor enthusiasts, and with their support, I am able to solidify my idea,” Mojica said. “I have also invited our buyers for different accounts to just watch the campaign, which helps them reduce their risk and gives me a little bit of validity.”

Mojica is always trying to find new ways to make the outdoor experience easier. He ran into trouble camping when he and his daughter burnt their hands on traditional camping pot handles. They also were unsure of how to dispose of their empty fuel canisters. Naturally, Mojica came up with a two-in-one solution.

Handled is 2.2 ounces and made from hard-anodized aluminum. When used as a pot-gripper, an extra part, which uses heat-resistant silicone tabs that allow you to safely grip your pot, is attached. It has a quick pivot-pin and cotter-pin assembly so users can transform the tool into a fuel canister disposal device in just a few seconds.

After canisters are used, they are still considered unsafe because the container is still pressurized. Recycle and waste management plants will not accept these items unless they are properly prepared before drop off. The Handled tool has a nut that screws on to the top of a canister, and uses a center stem to depress the Lindal valve and remove the remaining gas. It also has a puncture point to create holes in the canister and ensure the gas is completely gone.

“I sent out a survey to my Outdoor Element community about the fuel canisters and out of the more than 1,000 people who responded, 66 percent of them didn’t know you were supposed to dispose of them in a proper way,” Mojica said.

In addition to the Handled tool, Mojica has created a set of aluminum nesting camp pots, a collapsible bowl and cups for a camping kitchen kit. He is already in talks with large retailers and plans to sell the Handled tool for $15 and the entire kit for $61. Those who back the Kickstarter campaign now can get them for less.

Handled, which has an orange and black design, is being manufactured in China, where 3,000 units will be produced, Mojica said.

Since he’s surpassed his original Kickstarter goal, Mojica is using funds to cover costs for patent bills, tooling and production. He has a new set of stretch goals. If he reaches $20,000, he wants to create a microfiber cleaning cloth as an add-on for the camping kit. Another $10,000 and he will create a large fuel canister adapter for Handled. And if he receives $75,000 in donations, Mojica will create an upgraded titanium camping pot option.

Mojica quit his job as an aerospace engineer three years ago to focus on outdoor products. He and his partner Joe Brown, who is the company’s chief of operations and logistics, work out of their basements to create their five products.

Prior to Handled, the duo’s most recent campaign was in 2019 for the Fire Escape, a multitool carabiner designed to be able to start a fire, cut a seat belt, break a window, open a bottle or oxygen tank, and tighten or loosen screws. Before that was for a pair of hunting and survival knives that also can spark a fire.

“Hopefully, we will grow out of our basements this year with this pot and Handled set and move into a small office space,” Mojica said. “But for now, it’s nice not having all that overhead. We have lost a lot of revenue as a result of the pandemic, but it’s been a blessing to be without the overhead.”

Entrepreneurship seems to run in the family, as Mojica’s wife and daughters began their own business called Walk last year. They launched a Kickstarter campaign on March 24 to raise $10,500 to manufacture a dog leash made from recycled plastic bottles. After 43 days, the Mojica ladies raised $16,011 from 490 backers.

Like their dad, they have no plans to stop there.

“It’s so awesome to see the kids grow and understand what it takes to run a business — this is homeschooling at a whole new level,” Mojica said. “They’re already working on new ideas for the leashes, and we’re happy it’s the last week of school, so now they can focus more on Walk.”

Mike Mojica quit his job as an aerospace engineer three years ago to focus on Outdoor Element.

Thanks for the article! I love the way you interview and made me feel so comfortable with your questions. I love that BusinessDen shares local entrepreneurial stories.