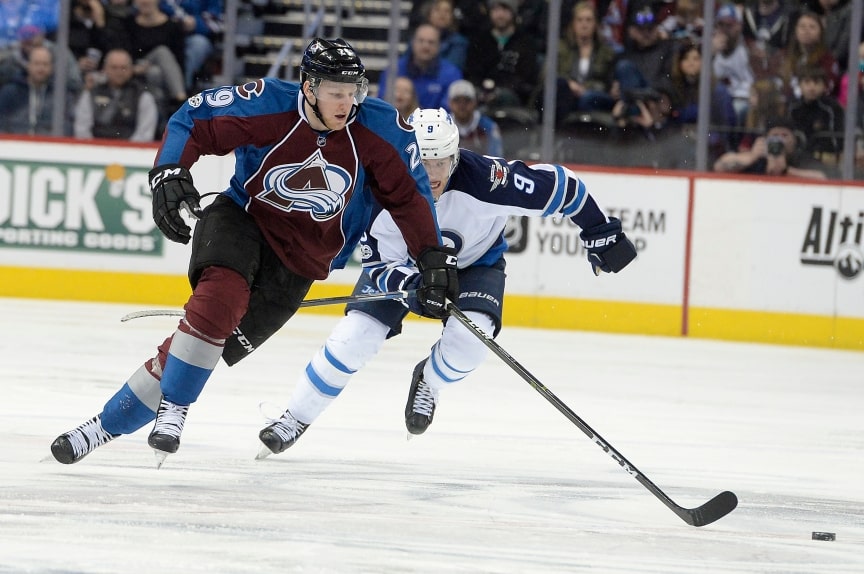 Avalanche star Nathan MacKinnon sold his penthouse at The Coloradan for $100,000 less than he bought it for in 2019. (Seth McConnell/The Denver Post)

In early September, the hockey star sold his penthouse unit on the 19th floor of the condominium building at 1750 Wewatta St. for $3.1 million, according to public records. 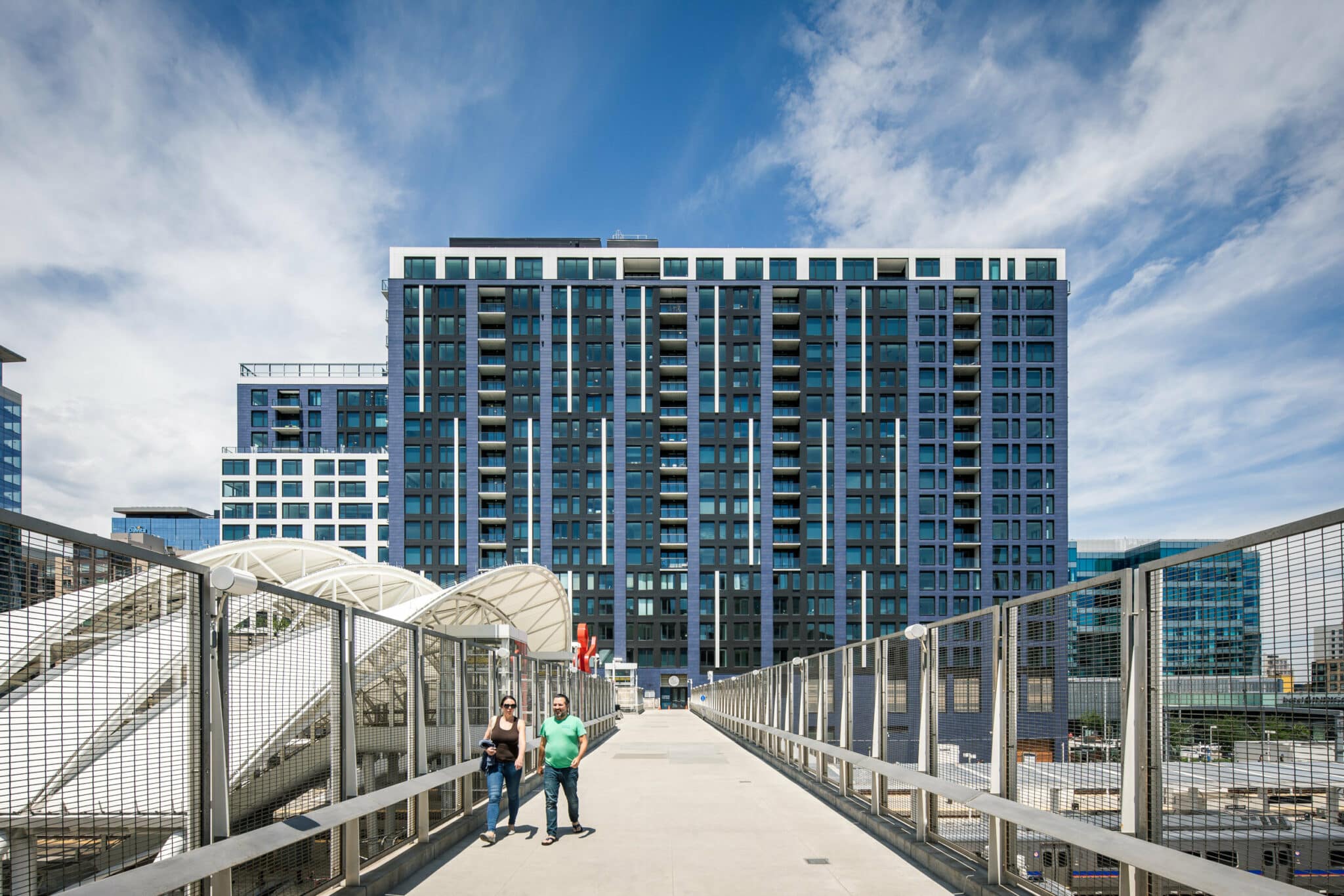 The 19-story Coloradan was completed near Union Station in 2019. (Courtesy of The Coloradan)

MacKinnon purchased the unit through an entity called Shane Falco Trust, a reference to Keanu Reeves’ character in the 2000 comedy “The Replacements.” He listed the unit for sale this May, asking $3.5 million, records show. Tamara Cooper of LIV Sotheby’s International Realty represented MacKinnon in the sale.

The Avalanche chose MacKinnon first overall in the 2013 NHL draft. In eight seasons with the team, he has 210 goals, 350 assists and three All-Star Game appearances.

Eric Hochstein, former CEO of Fremont, Nebraska-based International Spices, bought the property from MacKinnon on Sept. 2, records show. A week later, he leased it to another professional athlete for nine months at $18,000 a month, according to buyer’s agent Susan Chong with Iconique Real Estate. 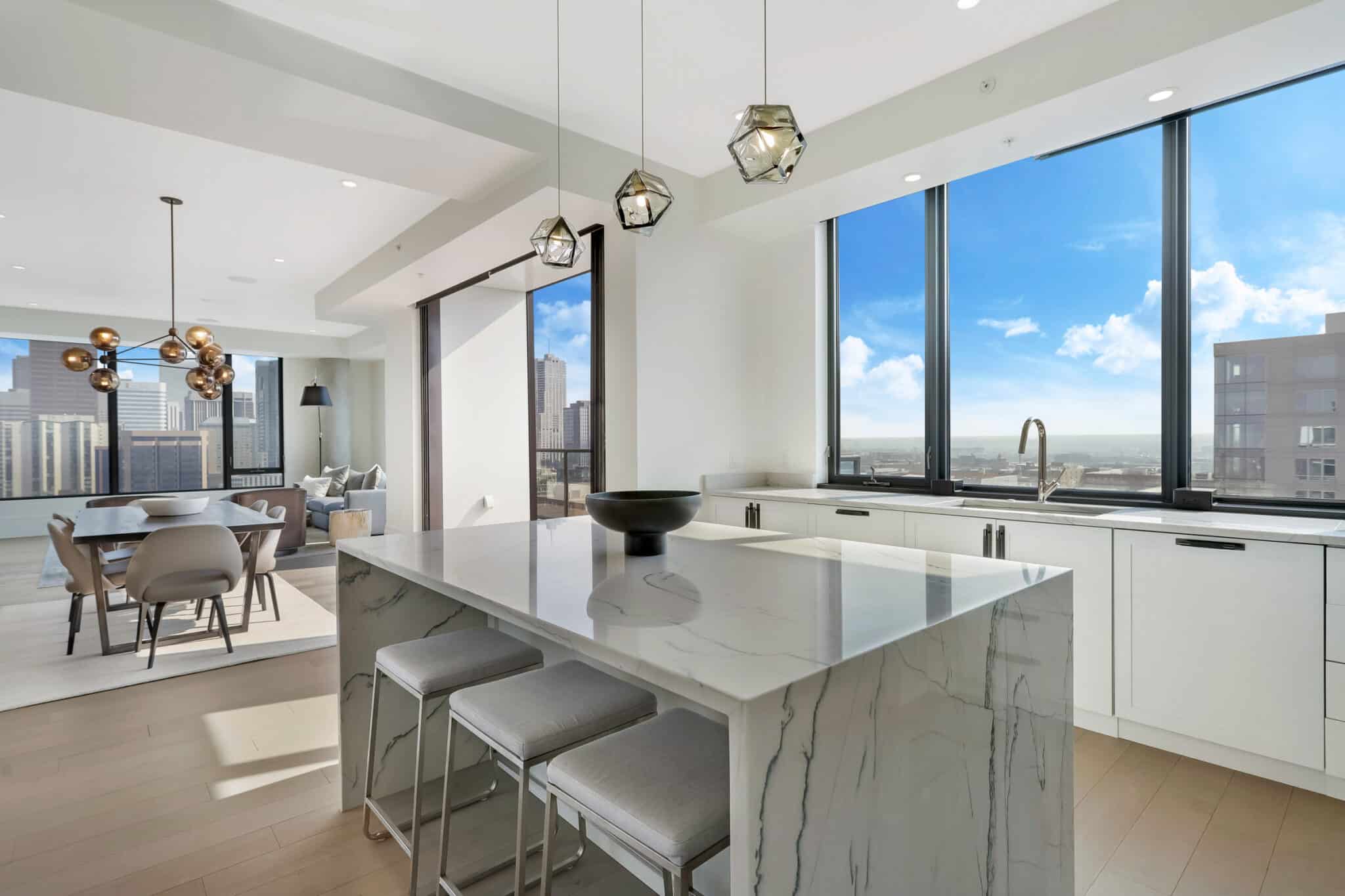 The penthouse features a gourmet kitchen with top-of-the-line appliances.

“The goal is to lease it out for the next few years until the buyer figures out what he wants to do with the property in the long term,” Chong said.

The two-bedroom, three-bathroom unit is one of seven penthouses on the top floor of the building. Interior designer Anna Lambiotte of Studio Lambiotte selected the finishes, custom furniture and décor for the penthouse.

It features a 187-square-foot balcony accessed via NanaWall accordion doors, a large primary suite with a fireplace, walk-in closets and a spa-like bathroom, and a gourmet kitchen with a marble waterfall island, custom cabinetry, and top-of-the-line, built-in Sub Zero and Wolf appliances.

“The home itself was always touted as the best home at The Coloradan,” Chong said. “It’s on a corner with unobstructed views of the pool deck, city, Union Station and southern mountains.”

Correction: This story has been updated to reflect that the buyer is no longer CEO of International Spices.

Avalanche star Nathan MacKinnon sold his penthouse at The Coloradan for $100,000 less than he bought it for in 2019. (Seth McConnell/The Denver Post)

Nathan MacKinnon paid $100,000 more for it in 2019 when he bought one of seven top-floor units in the building next to Union Station.