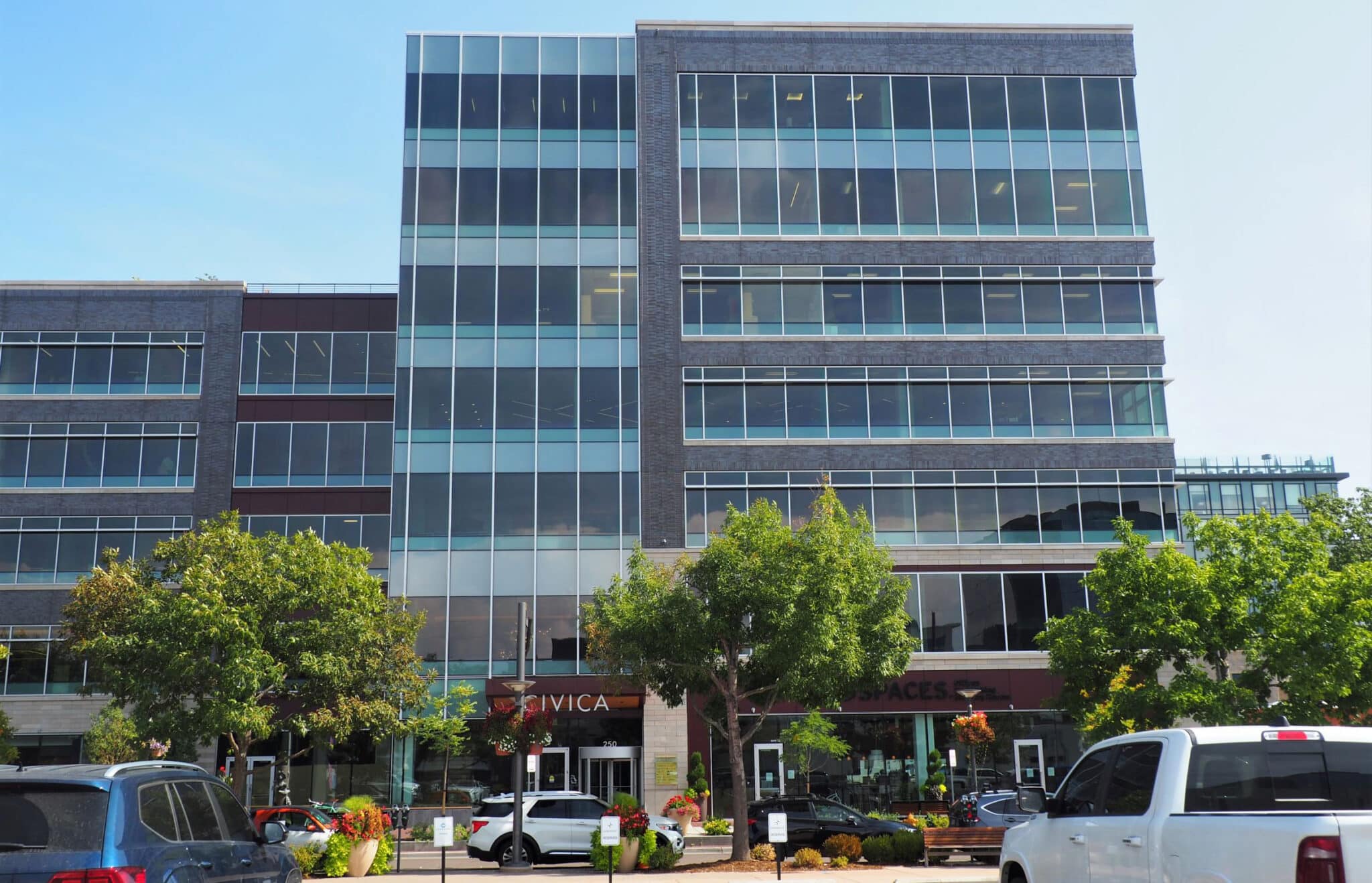 One of Cherry Creek’s newer office buildings has changed hands for $921 a square foot.

The building is 117,235 square feet, according to marketing materials, which makes this week’s sale worth $921 a square foot.

That appears to be a record for the sale of office space in Denver on a per-square-foot basis, besting the nearly $800 a square foot that the Denver Business Journal reported was paid for VF Corp.’s headquarters building at 1551 Wewatta St. last month.

In Cherry Creek, the most direct comparison is Financial House, the eight-story office building at 205 Detroit St. that was completed in early 2019. Developers BMC Investments and Bow River Capital sold it later that year for $55 million, or about $750 a square foot.

Civica Cherry Creek was developed by Seattle-based Schnitzer West, which broke ground in 2016 and completed it in 2018. A local executive didn’t respond to requests for comment.

JLL brokers Mark Katz and Peter Merion represented the seller, according to marketing materials, which state the building is 96 percent leased to 13 tenants.

Schnitzer West owns other office properties in Denver, but Civica was the first local project to be developed by the company. Earlier this year, the company broke ground on the 12-story The Current office building at 3615 Delgany St. in RiNo. That project is slated to be completed in March 2023, according to Schnitzer West.

BMC Investments, meanwhile, just proposed a six-story office building across the street from Civica, on what is currently a parking lot.

“There is so much demand for office in Cherry Creek North,” BMC CEO Matt Joblon told BusinessDen earlier this month.

The seven-story building is 117,235 square feet, making the sale worth $921 a square foot — a new record high for office space in Denver.