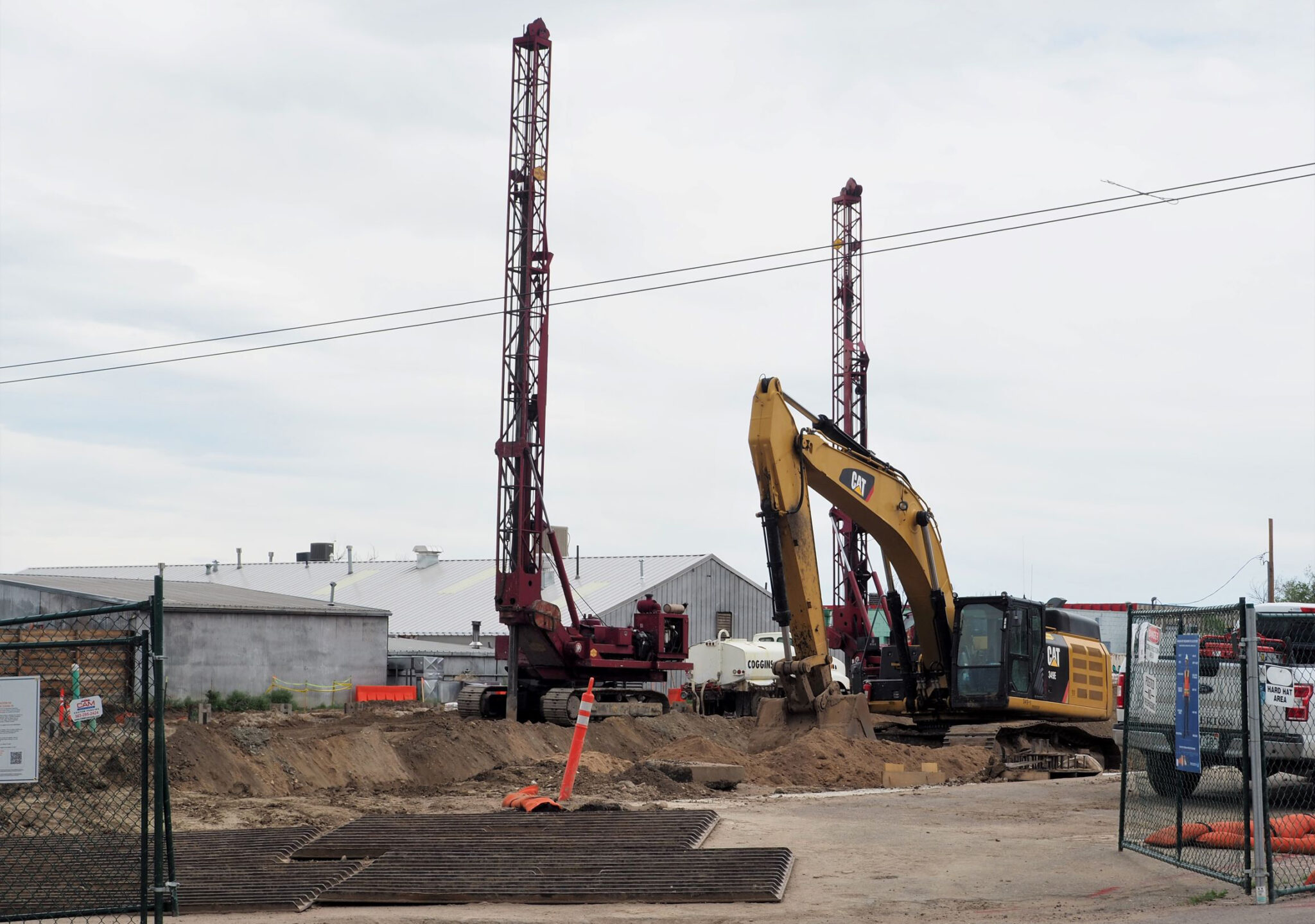 The development site of The Current, River North — a 12-story office building a block off Brighton Boulevard at 3615 Delgany St. — on Friday afternoon. (Thomas Gounley photo)

The pause in RiNo office project groundbreakings has ended.

The project is expected to be completed in the first quarter of 2023, according to its website.

Crews are active at the site, and city records show that a building permit was issued last Monday, authorizing construction of the building’s foundation. Schnitzer West and Denver-based Craft Companies purchased the 0.79-acre development site in early 2019 for $6.17 million.

The Current is one of several major office projects in RiNo that were originally expected to break ground last year; the area has become a new hub within the city for such development. The coronavirus pandemic that set in last spring prompted office users to pause major leasing decisions, and complicated financing.

A spokeswoman for Newmark, whose brokers are leasing the building, said Monday that The Current’s groundbreaking wasn’t delayed due to the pandemic, but rather because of “jurisdictional infrastructure work” that needed to be completed prior to groundbreaking. 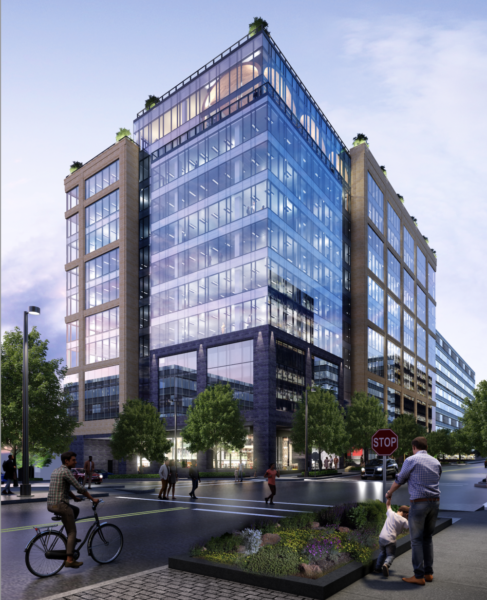 A rendering of The Current, which will have two levels of underground parking and ground-floor retail space topped by three more levels of parking. Office space will be on floors five through 12. (Courtesy of Schnitzer West)

Tenants looking to relocate to RiNo don’t necessarily need to wait for new buildings. Two office projects — the Hub North building in the 3600 block of Blake Street and Rev360 at 3600 Brighton Blvd. — were both completed last year, and sit vacant.

Plans for The Current call for two levels of underground parking and ground-floor retail space topped by three more levels of parking. Office space will be on floors five through 12. The top two floors also will feature tenant amenities, including a rooftop terrace.

Davis Partnership Architects is the architect. Swinerton is the general contractor.

Schnitzer West has developed one other office project in Denver from the ground up: the seven-story Civica Cherry Creek at 250 Fillmore St.

Editor’s Note: This story has been updated to include a statement from Newmark on what delayed the project groundbreaking.

The development site of The Current, River North — a 12-story office building a block off Brighton Boulevard at 3615 Delgany St. — on Friday afternoon. (Thomas Gounley photo)

Several office buildings were supposed to break ground in RiNo in 2020 but didn’t because of the pandemic. Schnitzer West’s The Current was one of them.