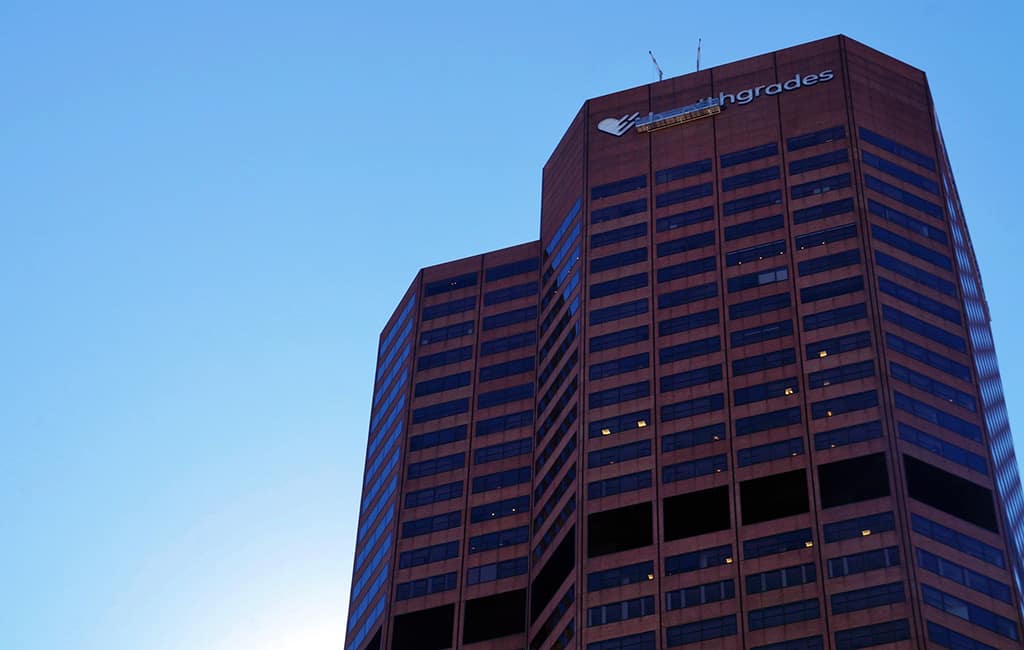 Tech firm Contentful is taking three of the four floors that were previously the headquarters of Molson Coors at 1801 California St. (BusinessDen file)

Out with the booze, in with the tech firm.

Contentful, which bills itself as “the leading content platform for digital-first business,” has taken three of the four floors at 1801 California St. that previously comprised the headquarters of Molson Coors, according to multiple sources.

Contentful did not respond to requests for comment. The company said last August that it planned to establish an office in Denver, and would likely hire 50-100 people locally over the next year.

Contentful said last week that it had raised $175 million in a round led by Tiger Global that valued the company at $3 billion. CEO Steve Sloan told Techcrunch the company has around 600 employees.

Contentful was founded in Germany in 2013. In addition to Denver, the company has offices in Berlin and San Francisco.

Molson Coors announced in October 2019 that it would move its North American headquarters from Denver to Chicago, citing the quality of marketing talent in the Windy City.

The company left behind about 89,000 square feet of office space on the 45th through 48th floors at 1801 California St. The 54-story building is the second-tallest in Denver behind Republic Plaza.

Other tenants at 1801 California include Twilio, Transamerica and Healthgrades.

Tech firm Contentful is taking three of the four floors that were previously the headquarters of Molson Coors at 1801 California St. (BusinessDen file)

The beverage giant announced in 2019 that it was moving to Chicago, vacating 89,000 square feet at 1801 California St.