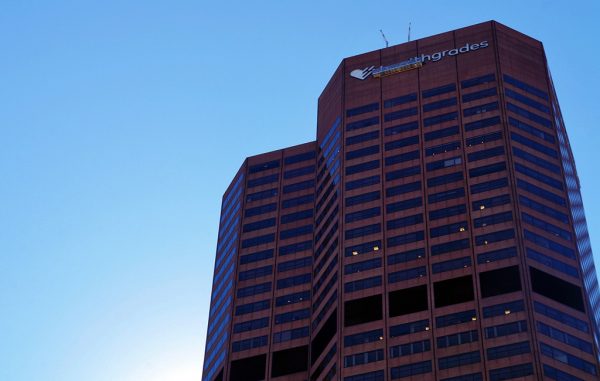 The Coors headquarters will move out of its current downtown location in Denver to Chicago. (Thomas Gounley)

Well, we’ve still got Coors Field — not to mention that hulking brewery in Golden.

Molson Coors said Wednesday that the company plans to move its North American headquarters out of downtown Denver, which will leave four floors empty in the city’s second-tallest building.

The shifts are part of a broader restructuring that will shift the company from four business units — MillerCoors in the U.S., Molson Coors Canada, Molson Coors Europe and Molson Coors International — to two, North America and Europe.

The company said it expects to lay off 400 to 500 employees in connection with the changes.

Molson Coors spokesman Matthew Hargarten told BusinessDen that the company decided it had too many offices and “we didn’t look outside our footprint” when it came time to consider where the headquarters should be.

“The main reason was it’s got world-class marketing talent,” Hargarten said of Chicago. “And in our industry, marketing is so important.”

Molson Coors is led by President and CEO Gavin Hattersley, who assumed the position previously occupied by Mark Hunter in late September. Hattersley was formerly CEO of MillerCoors, and prior to that chief financial officer of Molson Coors.

Hargarten said the company is in the middle of a long-term lease for 89,000 square feet in the building’s 45th through 48th floors. About 300 employees work in the space. Some will get offers to relocate. They’re being told that, if they accept, they should expect to be working in their new location by the start of July, Hargarten said.

Coors office space features details such as bar taps as the handles on private office doors, barley cut into the metal panels along a staircase, a wall lined with kegs and a bar topped with a bottle rack that showcases all the companies’ brands, according to a 2016 post on a website covering office design.

The 1801 California building is owned by New York-based Brookfield Properties and an affiliate of a union pension fund. A partial sale valued the structure at $560 million. Representatives for Brookfield did not respond to requests for comment Wednesday.

Millions to be invested in Golden brewery 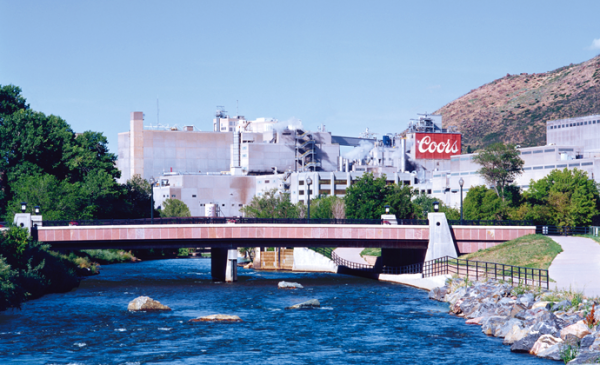 Coors detailed its reorganization plan at the same time it released its third-quarter earnings. The company said net sales revenue decreased 3.2 percent in the third quarter. CEO Hattersley said in a statement that the company, which is facing flat or declining sales of some of its biggest brands, is “at an inflection point.”

Molson Coors produces a host of beverages, from Blue Moon to Miller Lite, from Milwaukee’s Best to Leinenkugel’s. But the company remains closely associated with Coors Light and its Rocky Mountain imagery; the mountain seen on the cans is 14er Wilson Peak, which is located near Telluride. 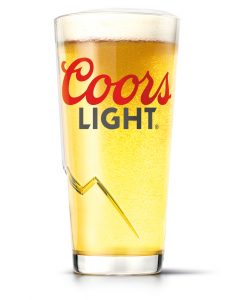 Coors Light is one of Molson Coors’ most well-known brands. (Molson Coors)

While Molson Coors is bailing on Denver, it is investing in Golden, where Adolph Coors established a brewery in 1873 and where the Coors line is brewed. The company merged with Canadian brewer Molson in 2005.

Coors said Wednesday that it plans to invest hundreds of millions of dollars to “modernize” the Golden brewery.

Spokesman Hargarten said Molson Coors still will have approximately 2,000 employees in Colorado once the downtown office closes. He noted that, in addition to the Golden operations, Blue Moon beer is brewed in RiNo and Coors Distributing Co. will remain based in Denver.

Molson Coors also said Wednesday it will change its full name from Molson Coors Brewing Co. to Molson Coors Beverage Co. in January to reflect plans to “expand beyond beer and into other growth adjacencies.” The company launched a canned wine and a hard coffee this year.

Shares of Molson Coors stock fell 3.1 percent Wednesday to $53, a day the overall New York Stock Exchange was up 0.22 percent. The company’s stock peaked in October 2016 at around $111 a share.

The last major company to move its headquarters from Denver was burrito chain Chipotle, which announced in May 2018 it would be shifting operations to Southern California.

As for Coors Field, the deal the Rockies struck with Coors a quarter-century ago gave the company and its successors naming rights to the stadium “in perpetuity,” according to The Denver Post. 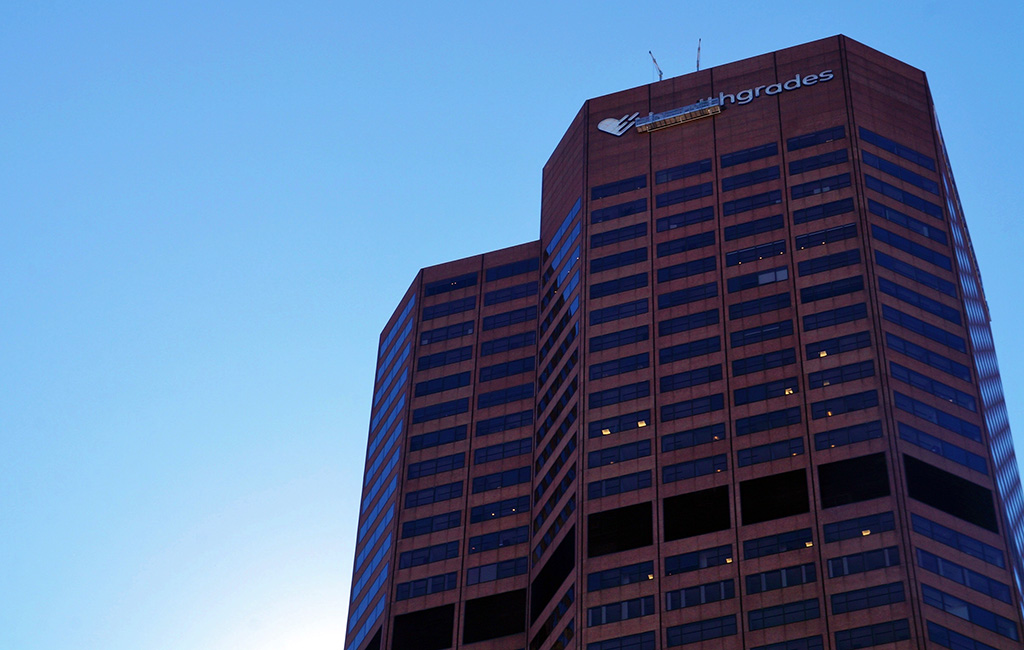 The Coors headquarters will move out of its current downtown location in Denver to Chicago. (Thomas Gounley)

About 300 employees work in the current office at 1801 California St.