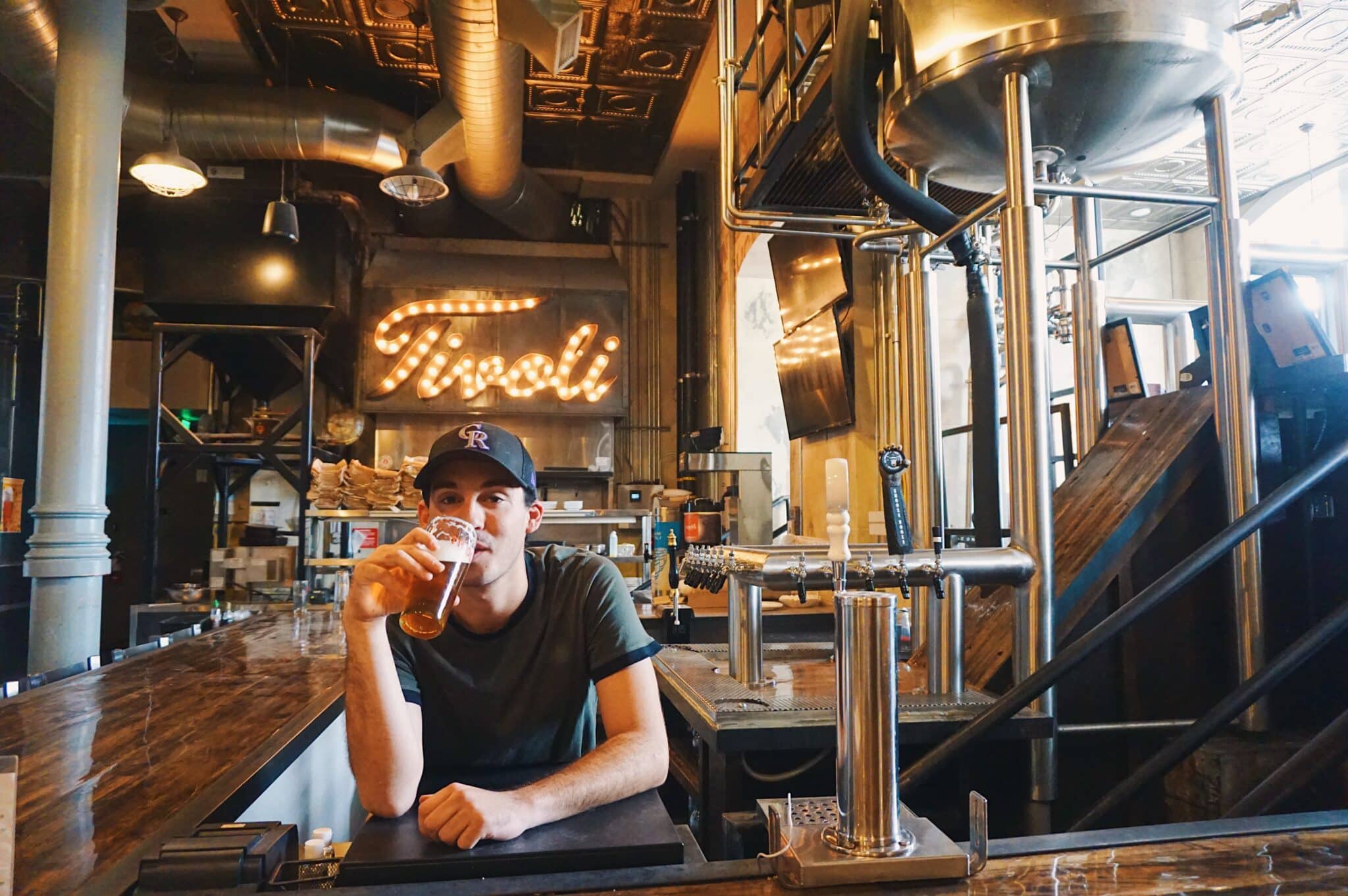 Salomon Marcos Garza Jr., 22, has stepped down as CEO of Tivoli Brewing Co. six months after his promotion. (BusinessDen file)

Six months after 22-year-old Salomon Marcos Garza Jr. took over Colorado’s oldest brewery, he’s decided to step down from his position as CEO. 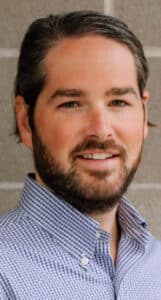 “He’s experienced and has managed over a billion dollars in sales, so he has a lot of knowledge about growing companies,” Garza said. “After meeting Ari, I recommended to the board that he take over my role. Because of my experience, my age and my connections, which is going to take a couple of years to build, I was more than happy to step down.”

Starting August 9, Garza will become operations manager, and Opsahl will take over the 162-year-old brewery as CEO.

Garza, the son of the brewery’s majority stakeholder, Salomon Juan Marcos Villarreal, had been working at Tivoli for six months before his promotion to replace former CEO Ken Hehir in January.

Garza’s father owns GD Holdings, a Denver-based real estate investment group, and is the third-generation chairman and CEO of Mexico-based Grupo Denim, which makes jeans and other textiles for major brands like Tommy Hilfiger and Wrangler.

The financier is also part of the ownership group for the Four Seasons hotel in Denver and the Ritz-Carlton in Beaver Creek.

When Garza took over, he said, the board of around 80 investors told him he had three months to save the business or it would be shut down, since it had been losing money the past three years.

Garza cut Tivoli’s staff count from around 50 to nine, and slimmed down the brewery’s products from more than 30 to four. He also began developing two new drinks geared toward younger customers, he said.

Tivoli’s brewing facility and taproom is on the Auraria college campus in the Tivoli Student Union. The brewery is an independent business, although it acts as a teaching facility for students at Metropolitan State University of Denver.

Garza said, year to date, Tivoli has canned more than 20,000 cases and produced around 6,000 barrels of beer. But draft sales are still down around 15 percent as a result of the pandemic.

“Right now the summer months are our biggest months for beer, and we hope to max out the facility, which can hold around 10,000 to 15,000 barrels, with more taproom business,” Garza said.

Opsahl, 31, spent seven years working his way up the corporate ladder at Anheuser-Busch InBev. But in 2019, he decided to quit and settle down in Denver with his wife. He took a break from the brewery business and has been working for a tech startup called Plutoshift for the last two years.

He said he was drawn back into the industry after chatting with his neighbor Dan Wolf, a Tivoli board member and top executive with Grupo Denim, who mentioned the board was looking for a more experienced CEO. 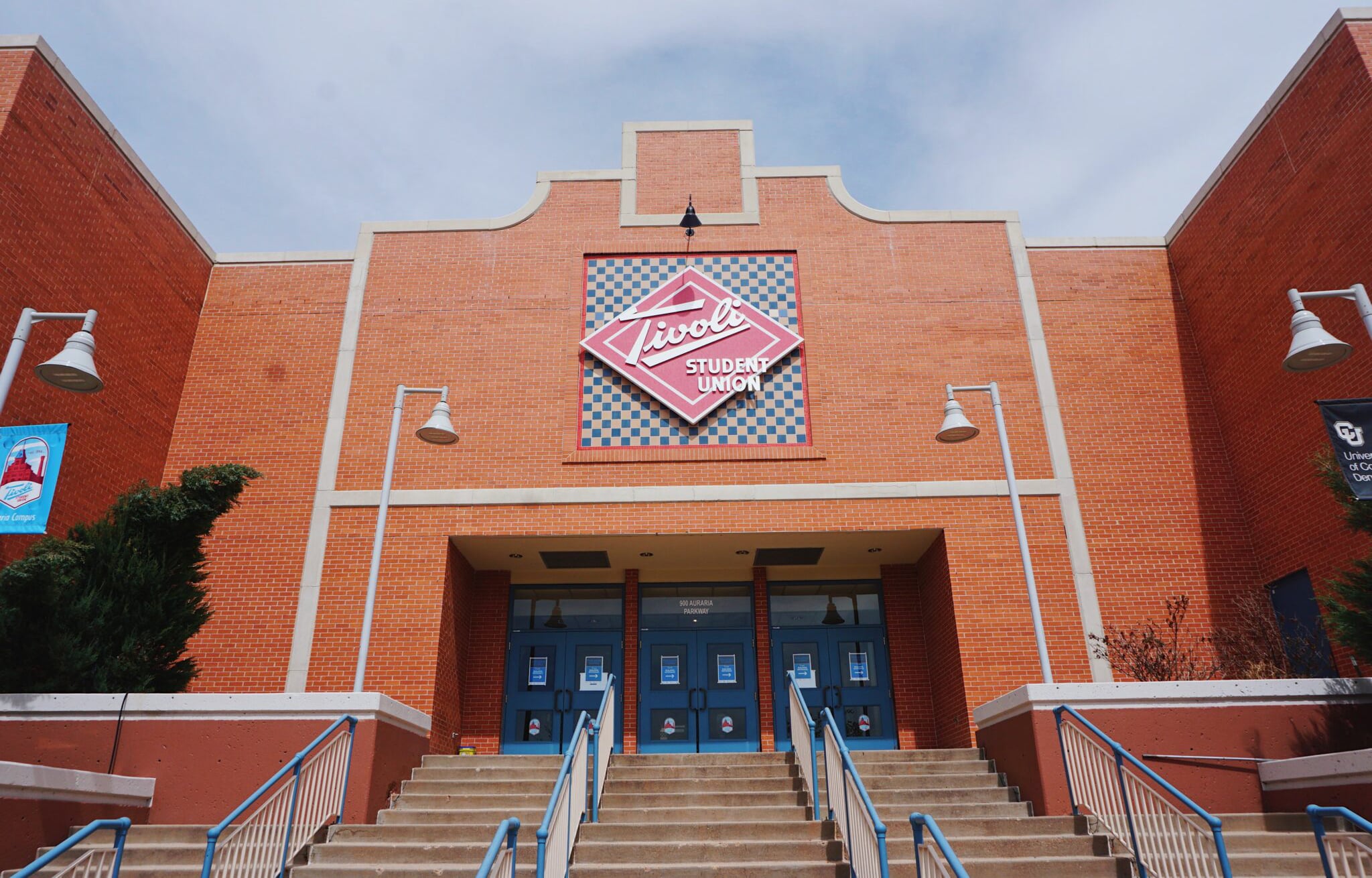 Tivoli’s brewery and taproom is located on the Auraria college campus in the Tivoli Student Union. (BusinessDen file)

“I saw it as not just a business opportunity but also an opportunity for me to work with a great team, a great brand, great beer and hopefully grow the business here in Colorado, and one day, grow it into a brand that’s recognized across the country,” Opsahl said.

“It pains me that most of my friends in Denver don’t really know what Tivoli is,” he added.

Opsahl plans to first focus on growing Tivoli’s sales, marketing and distribution throughout Colorado, and eventually grow the brand out-of-state. He’s also going to continue what Garza started and introduce a light lager called Rocky Mountain Outlaw at the end of the fourth quarter and later a seltzer.

“I have to give Sal an enormous amount of credit,” Opsahl said. “It isn’t some secret that he did not have a lot of experience in the alcohol beverage industry prior to this. And to be perfectly frank, I’m impressed with what he’s been able to accomplish over the last six months.”

In addition to Opsahl, Garza said the brewery plans to add three or four more sales employees to its current team of two.

Tivoli’s taproom, which has been closed since the second shutdown in November, will reopen on Aug. 16. Garza said the brewery has been waiting for more students to arrive on campus.

Bad Daddy’s Burger, which is part-owned by Golden-based Good Times Restaurants, has signed a lease to open within Tivoli’s Auraria taproom next month, Garza said. The taproom previously served its own bar food out of a small kitchen.

Bad Daddy’s has 12 locations around Colorado and nearly 30 franchises in Alabama, Georgia, the North and South Carolinas, Oklahoma and Tennessee.

“If this works out, we’re in agreement to open more taprooms with Bad Daddy’s in the future,” Garza said.

Salomon Marcos Garza Jr., 22, has stepped down as CEO of Tivoli Brewing Co. six months after his promotion. (BusinessDen file)

Salomon Marcos Garza Jr., the 22-year-old son of the brewery’s majority stakeholder, said he recommended the hiring himself.