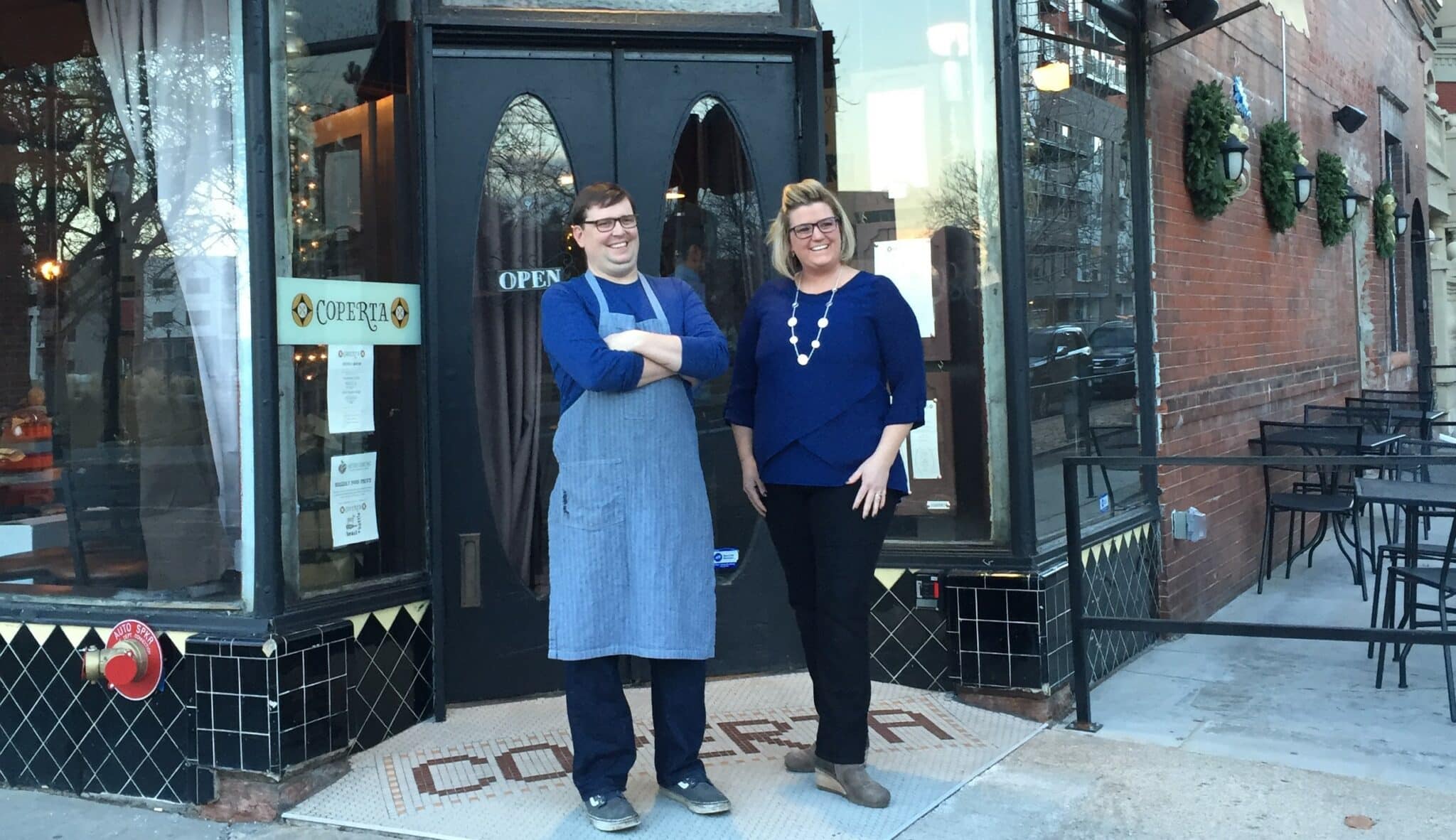 Siblings and restaurateurs Paul and Aileen Reilly own Coperta Italian restaurant in North Cap Hill, and previously owned Beast + Bottle about half a mile away. They plan to open a seasonal American concept in the new Hyatt Centric. (Courtesy of Baltz & Co.)

A new local concept is blossoming on the ground floor of the under-construction Hyatt Centric downtown.

The former owners of Beast + Bottle plan to open a seasonal American restaurant called Apple Blossom this fall in the 14-story hotel at the corner of 18th and Champa streets in Denver’s Central Business District.

“Truth be told, this concept found us,” co-owner and chef Paul Reilly said. “We really think that being in a hotel with breakfast, lunch, dinner, room service, grab-and-go and events will allow us to bring our message of eating seasonally and knowing your farmer to a bigger audience.”

In June, they closed Beast + Bottle, which highlighted seasonal Colorado ingredients, about half a mile away at 719 E. 17th Ave. ahead of the building’s sale to Denver-based Corum Real Estate Group, which is redeveloping the site with an apartment project.

“In a serendipitous moment, we actually inked the deal for Apple Blossom an hour and 15 minutes before the final service at Beast + Bottle,” Paul Reilly said.

Beast + Bottle’s rotating menu sourced a majority of its meat and produce from Colorado farmers and ranchers. Reilly said they plan to do the same for Apple Blossom, albeit on a broader scale.

Apple Blossom will highlight seasonal ingredients from farmers and ranchers around the U.S., including “Copper River salmon from Alaska, mushrooms from Oregon or soft shell crabs from the Carolinas,” Reilly said. It will also have an All-American wine list, craft cocktails, ciders and local craft beer.

“The name and the restaurant will embody that ‘American as apple pie’ feeling,” he added. “An apple is really kind of ingrained in American heritage, and we love the apple blossom because it’s a harbinger of good things to come.” 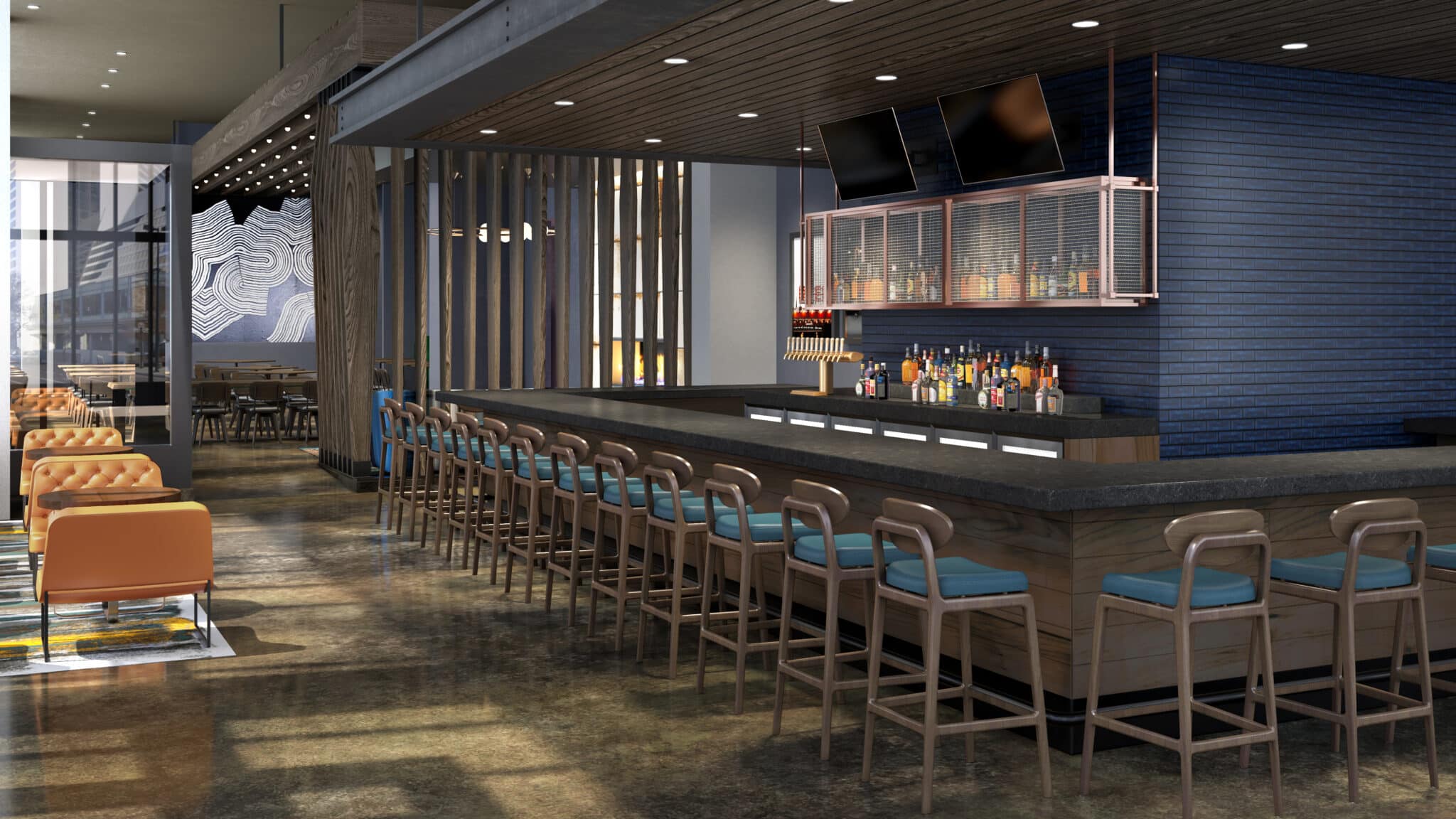 A rendering of the hotel’s bar, which will have 20 seats that Apple Blossom guests can sit at. (Images courtesy of Hyatt Centric)

The restaurant will seat 68 guests and have more room at the hotel’s 20-seat bar and lounge area. It will serve breakfast, brunch, lunch and dinner, as well as room service, catering and banquets for the hotel.

Coperta’s chef de cuisine will be moving over to the new concept in the fall, as well as Beast + Bottle’s former executive pastry chef Jodi Polson, who is also doing an extensive chalk-art mural within the restaurant.

The modern space is being designed by San Francisco-based Kevin Barry Art Advisory and built by Milender White Construction Co.

The group signed a lease for the space in June, and Kelly Greene and Lara Silversmith with Legend Partners represented them in the deal. Hyatt Centric was looking for a seasonal restaurant, and Paul said Greene suggested them for the job.

“We have the luxury of people coming to us with concepts on a regular basis, but this is one that really caught our eye, and we actually hammered out the details, which happens pretty rarely,” Reilly said. “Ideas are free, but it’s what you do with them that matters. This is one of those ideas where the train moved out of the station and kept moving, and we’re excited to see it come to fruition.”

Eventually, once Apple Blossom is up and running, he said they want to reopen Beast + Bottle, but they haven’t found a space that shared the same intimacy as its predecessor. 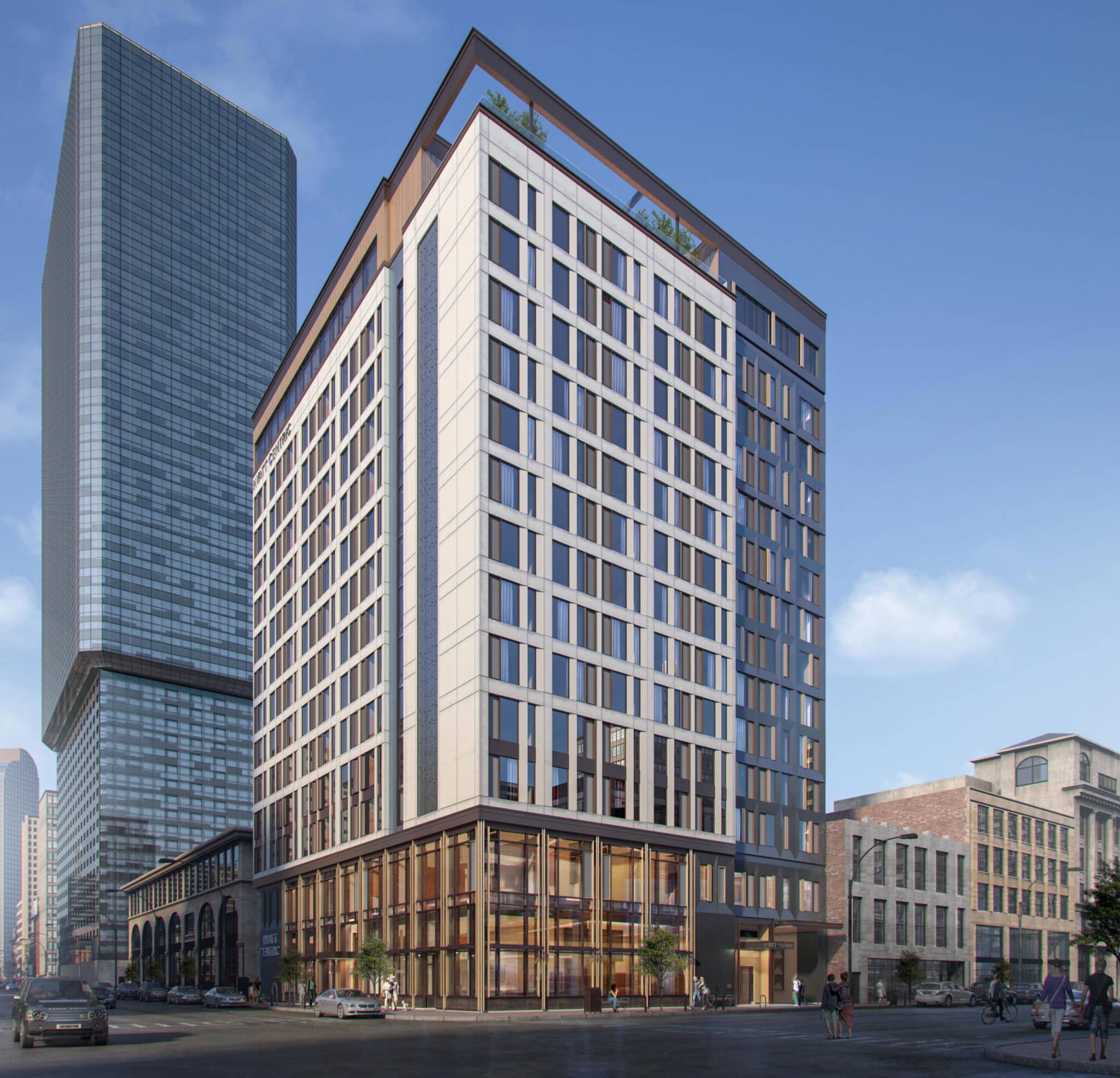 A rendering of the Hyatt Centric Downtown Denver, which is scheduled to be completed in the fall.

Construction on the 264-room Hyatt Centric at 1776 Champa St. began in 2019, and the hotel will be finished this fall, although it has not set a grand opening date yet, according to General Manager Colleen Huther.

Apple Blossom, which will open on the same day as the Hyatt Centric, will be the hotel’s only restaurant.

“They’re renowned restaurateurs in Colorado and have an incredible following,” Huther said. “And a lot of hotel restaurants don’t have that signature style that we will have with chef Paul, so we’re excited to launch this great partnership within the hotel.”

There are nearly 30 Centric brand properties in the U.S., and several across Europe and Asia with plans to open five more in North America this year. This will be the first Centric in Colorado. Other Hyatt brands already operate downtown.

Siblings and restaurateurs Paul and Aileen Reilly own Coperta Italian restaurant in North Cap Hill, and previously owned Beast + Bottle about half a mile away. They plan to open a seasonal American concept in the new Hyatt Centric. (Courtesy of Baltz & Co.)

“We actually inked the deal for Apple Blossom an hour and 15 minutes before the final service at Beast + Bottle,” co-owner and chef Paul Reilly said.