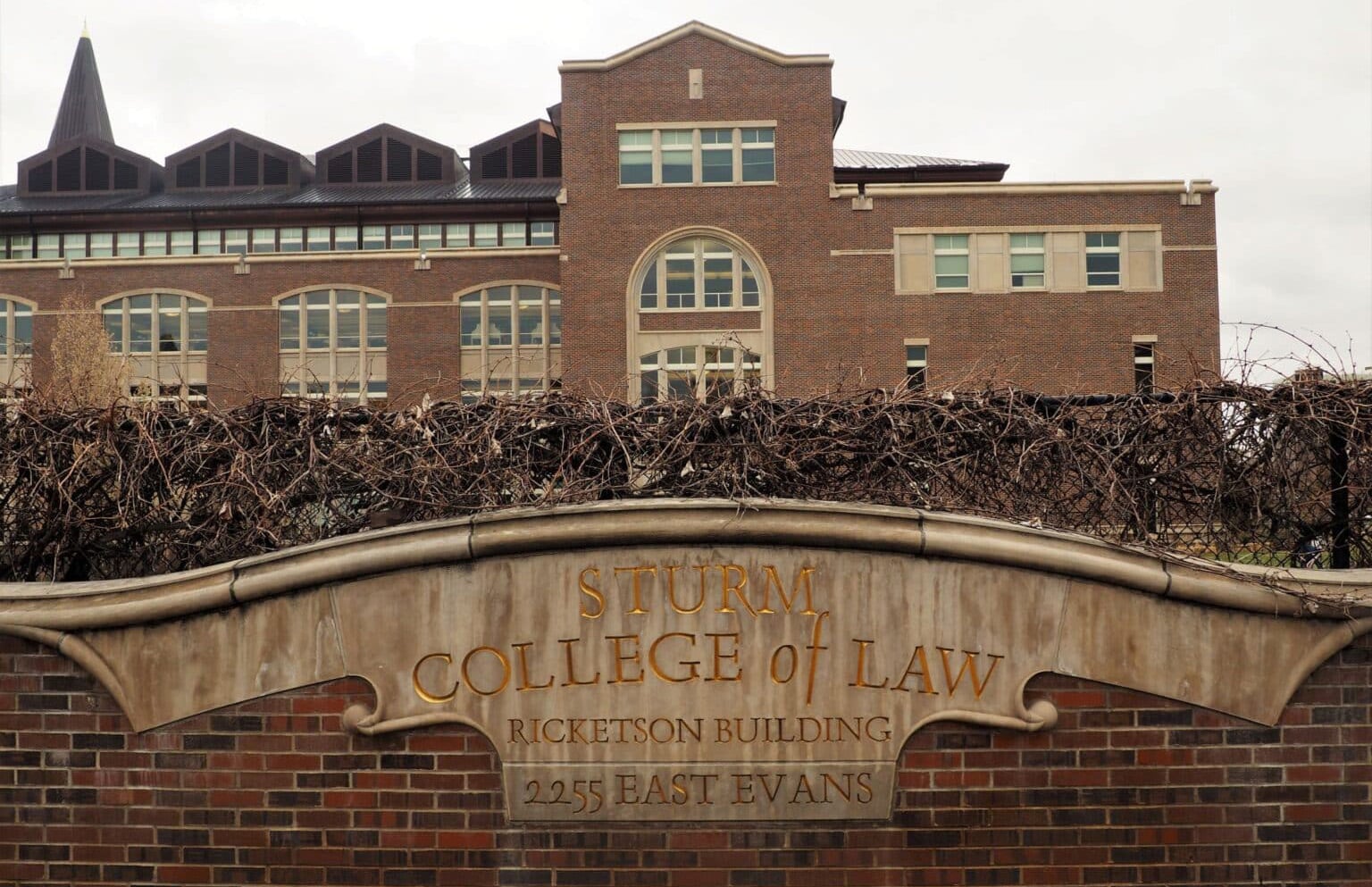 The Sturm College of Law on the University of Denver campus. (BusinessDen file)

A professor at the University of Denver’s Sturm College of Law has sued the school, claiming sex-based employment discrimination.

David Schott — director of the Center for Advocacy, DU’s trial advocacy program — filed the lawsuit in federal court in mid-June. The suit also alleges breach of contract and defamation over what it says are unfounded gender discrimination allegations against Schott. 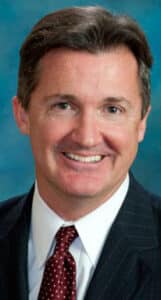 Schott was initially hired by the law school as an adjunct in 2005, according to the lawsuit, and in 2008 accepted a full-time position as a lecturer and the inaugural director of the Trial Advocacy Department, later renamed the Center for Advocacy.

Schott indicates in the lawsuit that the problems began in the summer of 2016 when, during a meeting with Moffat, he claims she said she “did not want to see white men teaching anymore in the Center for Advocacy.”

Schott said he reported the statement to the law school’s then newly installed dean, Bruce Smith.

“From this point forward, Schott — who is a white man teaching in the CFA — found himself on the receiving end of a series of unjustified adverse actions,” the lawsuit reads.

Moffat subsequently said she had received two reports of gender discrimination involving Schott’s department. Both were unfounded, Schott says in the lawsuit, and one allegation involved a professor from another law school.

Schott says he was told in 2016 by the head of the university’s Title IX office that the allegations did not rise to the level of a Title IX violation. Nevertheless, he was subsequently given a “statement of expectations” he needed to adhere to because of the allegations, he says.

Schott says he asked for a formal investigation of the allegations, but was denied. He says he complied with the expectations because he was “concerned about his job.”

Schott claims that the allegations were then brought back up in 2018 as part of the law school’s latest review over whether to extend his appointment.

Specifically, the lawsuit says former dean Moffa told a review committee that she had received complaints that Schott and his program had discriminated against female students by:

The first item is the one that Schott said pertains to a professor at another law school. The second item was also a previous allegation. Schott says all students were asked whether they had discussed time commitment required for the team with those close to them.

Schott says in the lawsuit he did not know the source of the other allegations, but that they are false.

Hernandez led a review committee and told Schott it could not recommend renewal of his appointment because “it was not able to determine whether Schott had violated Title IX or satisfied the remediation plan,” the lawsuit states. He proceeded to publish the report discussing the allegations, making it available to all law school faculty.

Schott also claims that, between 2012 to 2014, he was given “credit hour equivalents” for teaching multiple courses beyond his required load. He was told he would be able to later redeem the CHEs for time off or compensation, according to the lawsuit, but Moffat later told him that arrangement was off.

Schott is still listed as a faculty member on DU’s website.

The law school’s trial advocacy program is ranked 12th by U.S. News and World Report. Sturm College of Law itself is ranked 78th.

Earlier this year, a former professor sued the DU law school for allegedly failing to remove critical student evaluations from its network a decade after her resignation.

The Sturm College of Law on the University of Denver campus. (BusinessDen file)

A lawsuit by David Schott claims he is the victim of sex-based employment discrimination, breach of contract and defamation.