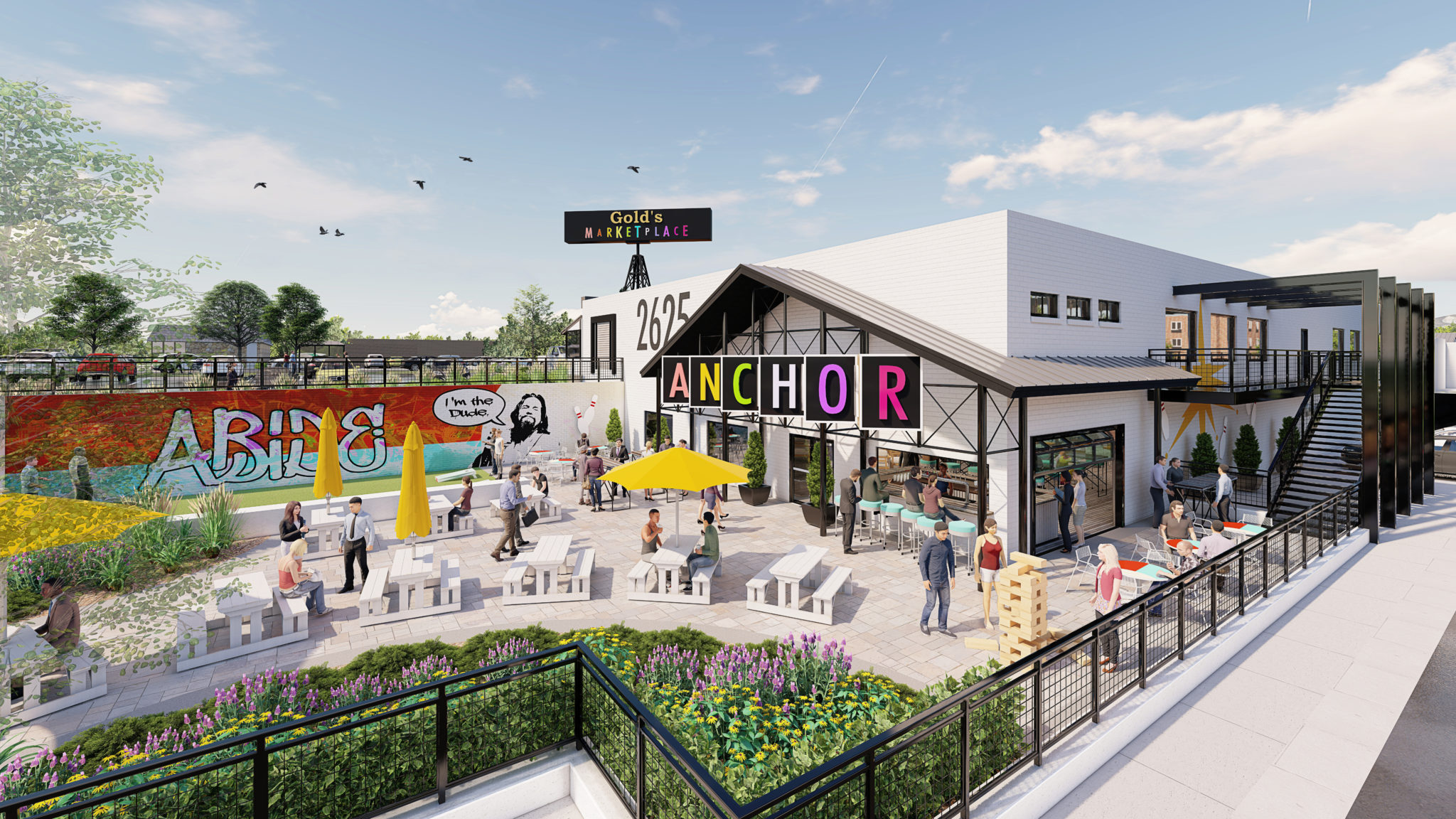 After losing a grocery store and a bowling alley in the last decade, a 63-year-old shopping center at a prominent Wheat Ridge corner is getting new life.

Denver-based real estate firms Quannah Partners and Outpost Investments are in the process of renovating the 59,000-square-foot Paramount Heights Shopping Center at the corner of 26th Avenue and Kipling Street, after purchasing the property early last year.

The center is being renamed Gold’s Marketplace, after the former Gold’s Corner Grocery, which operated in the shopping center from 1988 until 2014.

“Wheat Ridge residents are proud and have fond memories of going to this center,” said Bobby Ghiselli, a partner with Quannah Partners. “There used to be an old donut shop where people would get served out of their own dedicated mug. And it’s always been family-friendly, but over the years it just sort of went untouched. We knew it needed some love.”

The firms began improvements in July on the center, which dates to 1958. They expect to complete the work in April.

Bob Gold and his wife JoAnn owned the 12,000-square-foot grocery store, which was known for its Scandinavian offerings, as well as the shopping center real estate for more than two decades.

They originally sold the shopping center to Glendale-based Westside Investment Partners in 2015 for $3.1 million, according to public records. 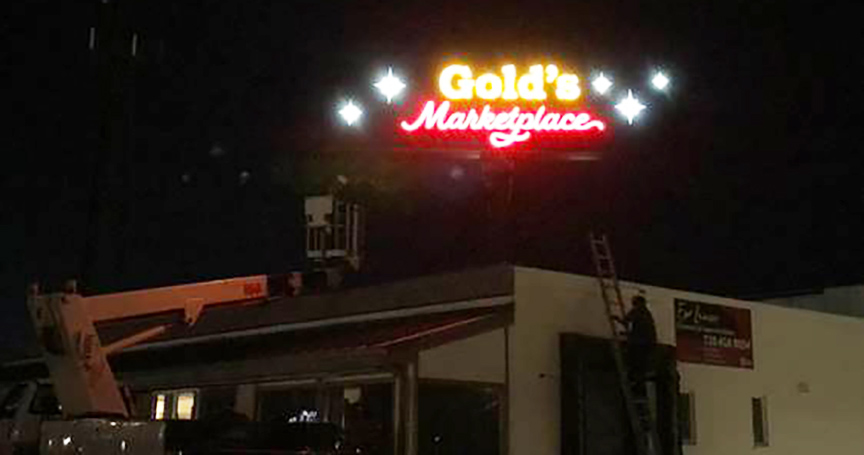 “There was a big sign on the building that said ‘Gold’s Grocery,’ and it was illuminated and used to spin,” Ghiselli said. “We recently redid it and lit it up a couple of days ago as our new logo.”

“Because we bought the property at a good price, we will be able to offer affordable rental rates compared to the rest of Denver,” Ghiselli said.

The property was originally a medical office building before being converted to retail. Ghiselli said the new ownership is “pretty much gutting the whole site.” The firms are reconstructing the building’s facade, as well as putting in a new parking lot, new sidewalks and outdoor seating areas.

“The goal is not to lose the history of the center,” Ghiselli said. “We love the idea of a  throwback, nostalgic feel and don’t want to lose what people remember. But we want to revitalize and breathe some life into this center that was forgotten.”

Ghiselli said the firms will be “investing close to three times what we acquired it for back into the redevelopment.” 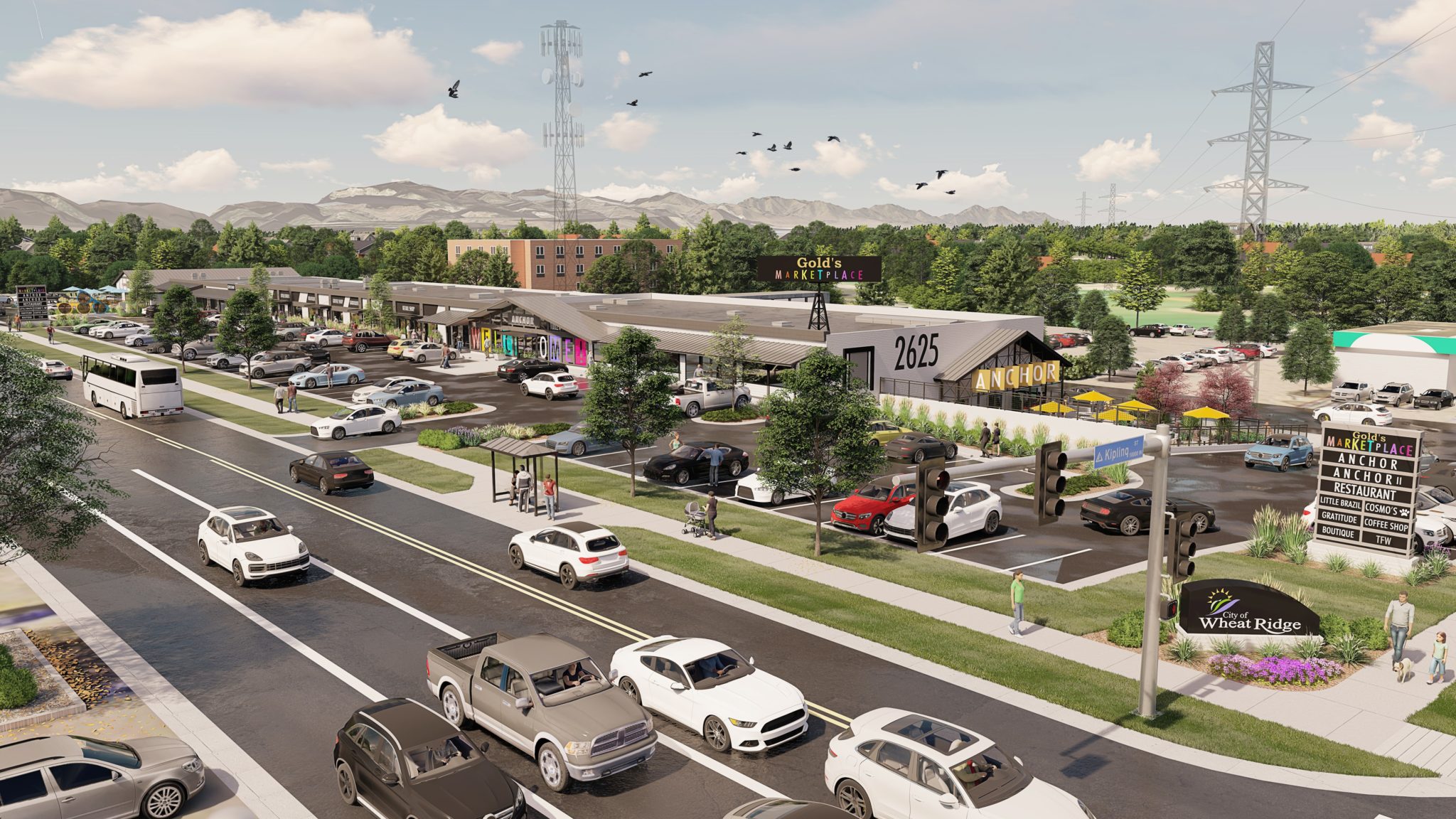 The developers of Gold’s Marketplace are hoping to finish construction by April.

There are six retail units available for lease, and one new committed tenant. Queen City Collective Coffee, which has locations in Five Points and Baker, signed a lease for 1,100 square feet and is targeting a June or July opening.

“We’re really trying to attract restaurants, entertainment, and fitness studio tenants to meet the community’s daily needs,” Ghiselli said. “We are not marketing to any national tenants. We really want this to be supportive of local businesses, local crafts and Denver or Colorado-based companies.”

The center could potentially end up with similar anchors to what it once had. Ghiselli said the firms have multiple letters of intent out to potential tenants, including a grocer and a bowling alley company.

“There’s nothing really in that immediate vicinity for residents to do, and there’s a lot of pent-up demand to fill,” Ghiselli said. “We want to provide the residents with high-quality businesses that they usually have to drive pretty far for.”

Quannah Partners’ previous work includes renovating The Lighthouse Apartments at 2836 Wyandot St. in Denver, and Outpost Investments’ includes the development of The Promenade at Denver West in Lakewood, according to the firms’ respective websites.