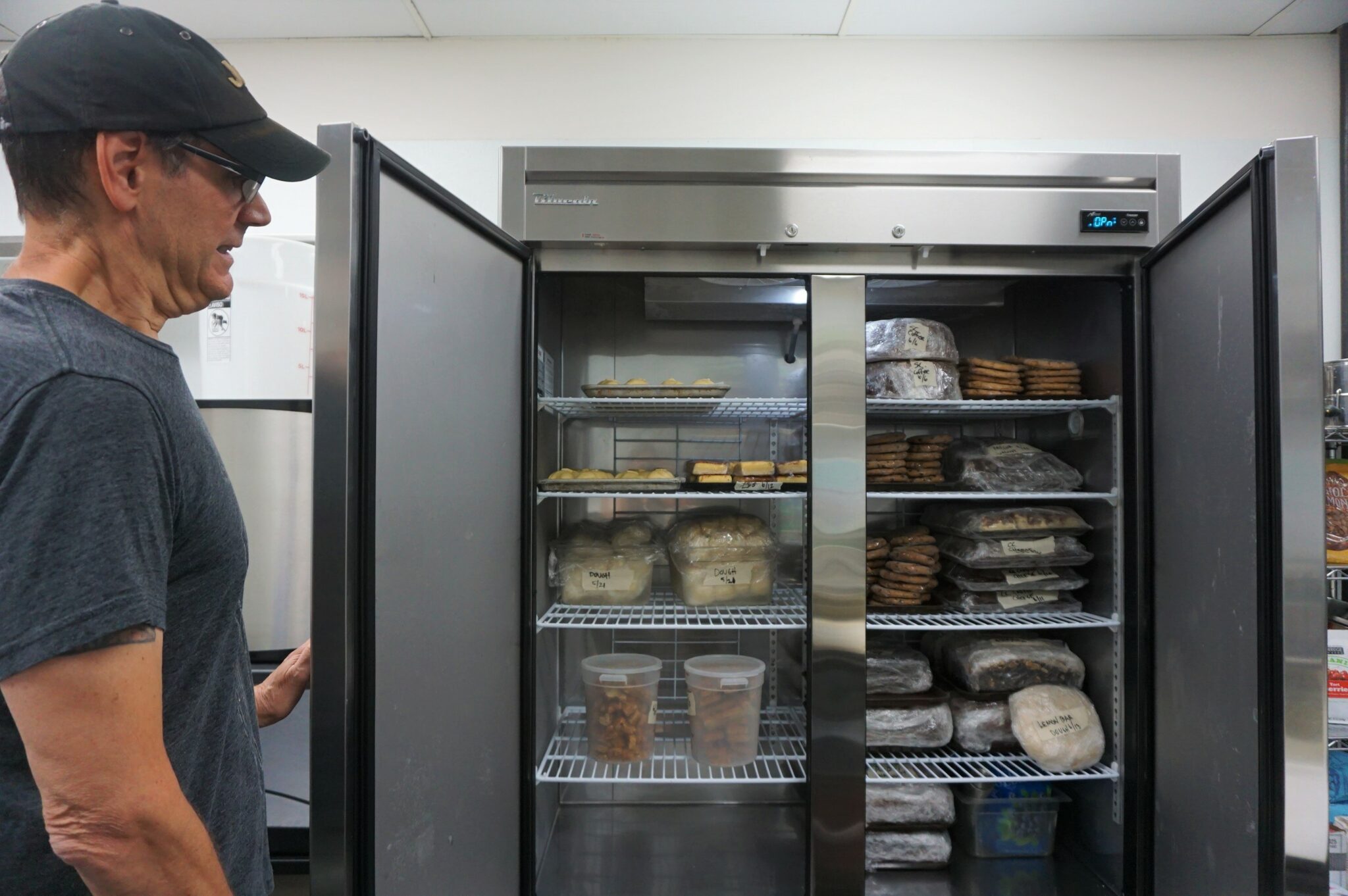 Cliff Trubowitz is freezing his turnovers and baked goods as he tries to find enough staff to open his new restaurant, Turnover Darling. (Lily O’Neill photos)

Cliff Trubowitz thought his restaurant would be open by now, selling turnovers with fillings like mac and cheese and meatloaf to hungry Ballpark residents.

Instead, the front door is still locked. The turnovers that Trubowitz makes go into the freezer, not the oven.

After more than a year wading through a dragged out permitting and licensing process, the only thing holding him back from opening Turnover Darling is a lack of staff, he said.

“I just can’t wait forever for employees, yet I don’t want to make any customers upset because we’re out of things or scattered and offering bad service,” Trubowitz said.

Across the metro area in Golden, the owners of a bakery called Grateful Bread have had to back away from the business model that kept them alive during the pandemic. And in Denver, the owner of three different restaurants has one-third of the staff he had prior to the pandemic.

Staffing has become an issue across the board for the local restaurant industry as restrictions have eased up and more people have returned to the dining scene. The Colorado Restaurant Association published a survey last month, which polled 195 operators in late April and early May, and found that 90 percent of restaurants around the state are struggling with staffing.

According to the association, 65 percent of operators believe the primary hiring obstacle is “workers preferring to remain on unemployment benefits.” 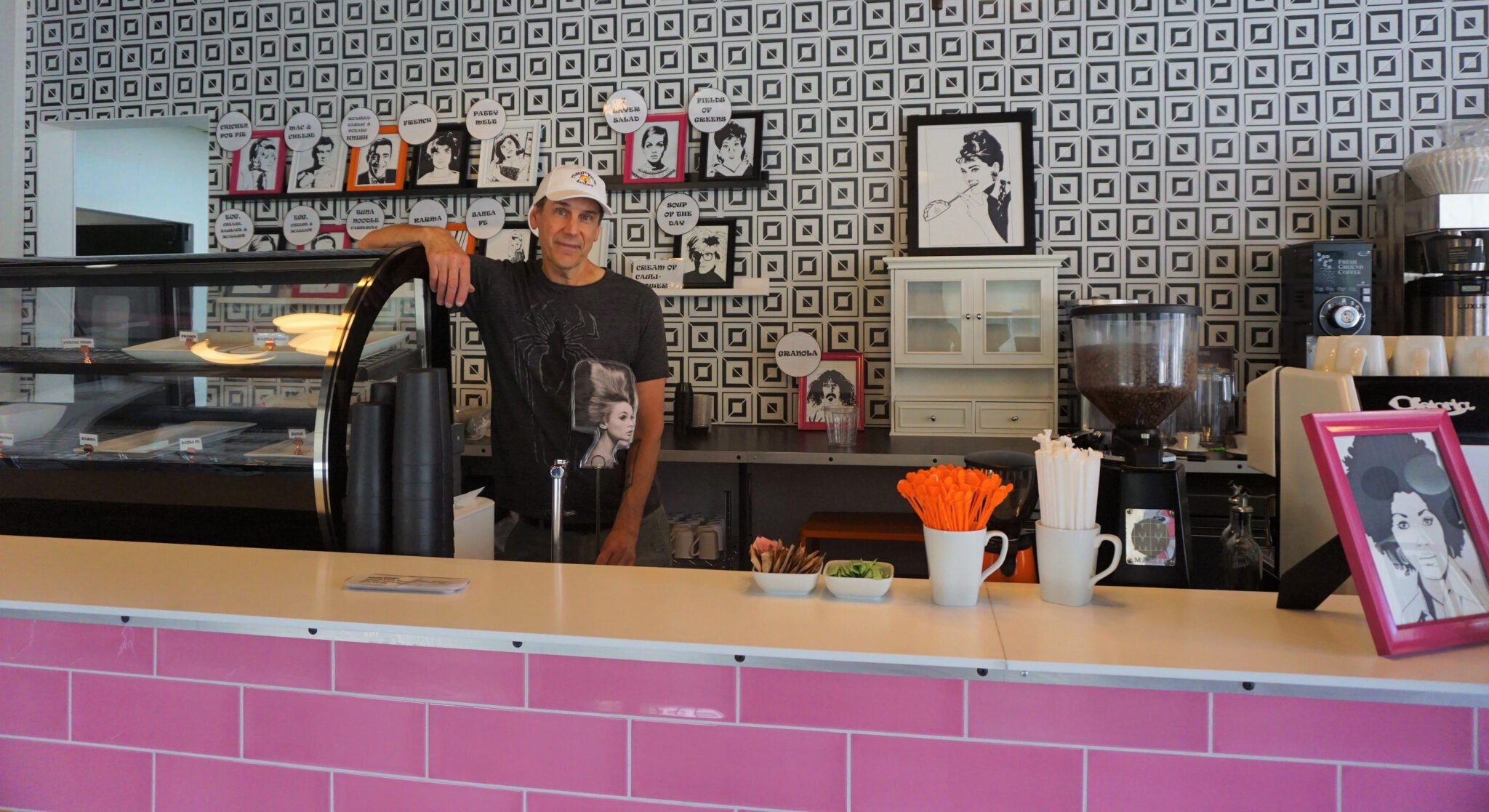 Each turnover at Turnover Darling has a photo of a famous ’60s movie character who inspired the filling, such as chicken pot pie and Doris Day because “she’s so wholesome,” or Jackie Kennedy for the French turnover because she spoke fluent French, owner Cliff Trubowitz said.

Trubowitz hopes he can pop his turnovers in the oven next month and finally open for business.

The former owner of Cap Hill brunch spot Bump & Grind signed a lease for 2,262 square feet at 2162 Larimer St. in February 2020. He’s only been paying rent since March, thanks to a deal with his landlord.

Turnover Darling’s name is inspired by the 1963 romantic comedy “Move Over, Darling,” Trubowitz’s favorite. The menu includes ’60s-themed turnovers, or what he described as “American-style empanadas,” named after notable figures of the decade.

“I have a small menu to begin with, but it’s labor intensive,” Trubowitz said last week. “Between all the rolling out and making fillings I’ve only made about 30 empanadas, and it’s taken me quite a while.”

To prepare for a possible July opening, Trubowitz is making and freezing turnovers and baked goods with his staff of three, which is made up of his former co-workers from his time at Zaidy’s Deli, including the former owner’s son, Jason Rudofsky. He said he would like a staff of at least 12 before opening and has been searching for more employees for the last month, putting ads out on Craigslist, Servo and Indeed.

“It’s pretty scary because I have been searching high and low,” Trubowitz said. “Somebody stood me up today. Four people I hired backed out. It’s like quicksand. I feel stuck.”

Trubowitz wants to pay $14 an hour to all employees, both front and back of house, if they agree to share tips. If they don’t, he plans to offer $18 to the back of the house, and $12 for those in the front getting tips.

“My brother might even step in and wash dishes for a while,” he said. “I’m trying to find other family, but everybody’s got jobs or is busy.”

Trubowitz originally wanted to open Turnover Darling seven days a week, from 7 a.m. to 9 p.m. Now, however, he’s aiming for 8 a.m. to 3 p.m., Tuesday through Sunday. He is also reducing the number of menu items.

“People are telling me to just open and try it out with limited staff, but I can’t be in 50 places at once,” he said. “I can’t be making drinks, heating up turnovers and preparing sauce.” 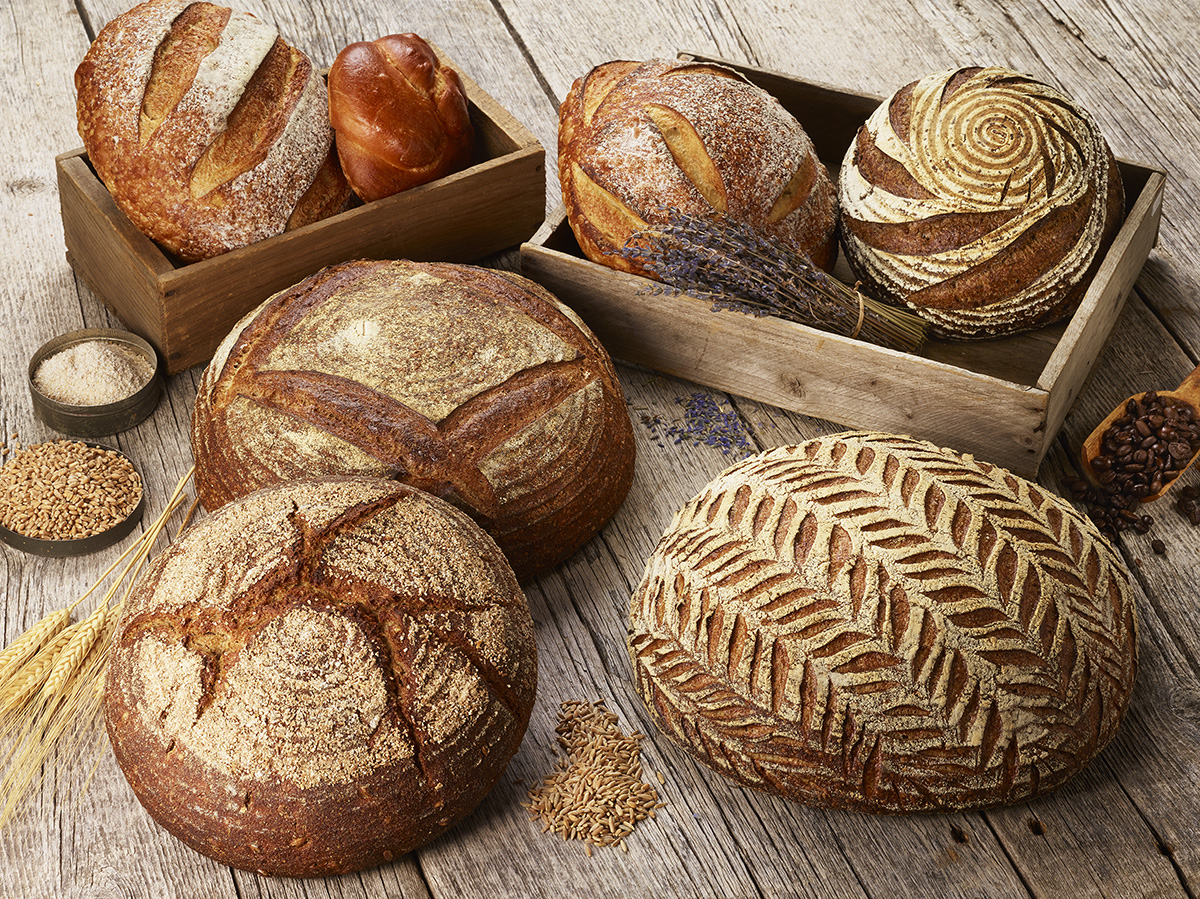 In February, lines were out the door at Kathy Mullen and Jeff Cleary’s bakery in Golden.

Prior to the pandemic, Grateful Bread primarily sold wholesale to restaurants. But when people couldn’t dine out, they pivoted to retail sales and amassed a sizable local fanbase.

Four months later, short on skilled bakers to hire, Grateful Bread has ceased retail operations for the time being.

Applicants to Grateful Bread have gone from around 230 in January to 50 in the past month, Mullen said.

Even after closing its retail operations, Grateful Bread’s employees are working long hours. Bakers are working six days a week for 12 to 13 hours per day, Cleary said. 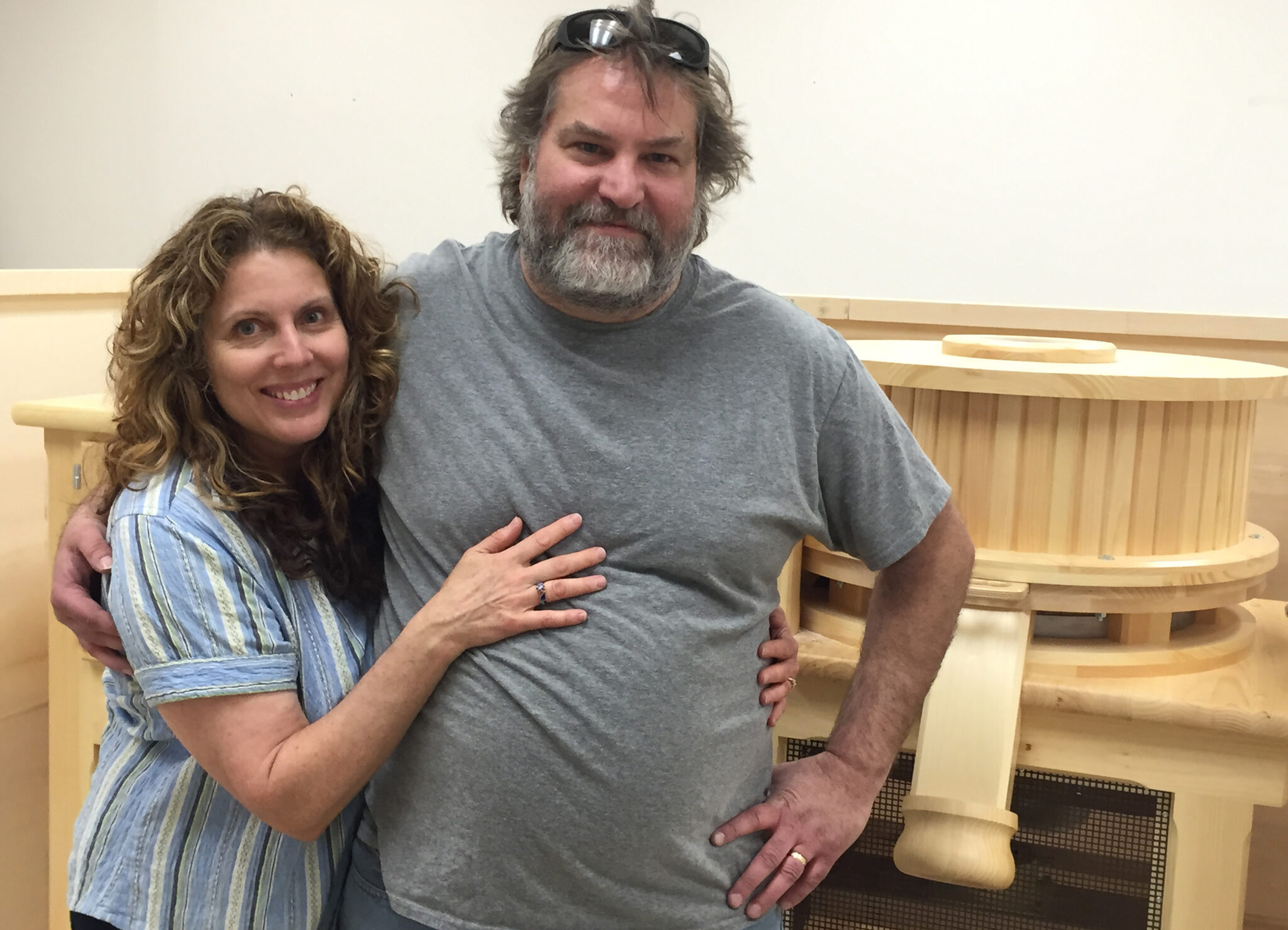 Kathy Mullen and Jeff Cleary, owners of the Grateful Bread bakery, in front of their Austrian stone flour mill. (Courtesy of Kristen Kidd)

“The core crew that I have, they’re really good and trained,” Cleary said. “But they’re working a lot just to keep up with the wholesale.”

Cleary declined to specify how much bakers are paid, saying wages depend on experience and skill level. As employees’ skill levels increase, their wages will increase as well.

“To be a good baker it takes years. It’s not just months, it’s a long time,” Cleary said.

Grateful Bread, which is at 425 Violet St., sells ciabatta, different flavors of sourdough, challah and pumpernickel among others. It also makes pastries, including sticky buns made from local honey.

After initial publication of this story, Mullen and Cleary said they hope to reopen retail operations in July. 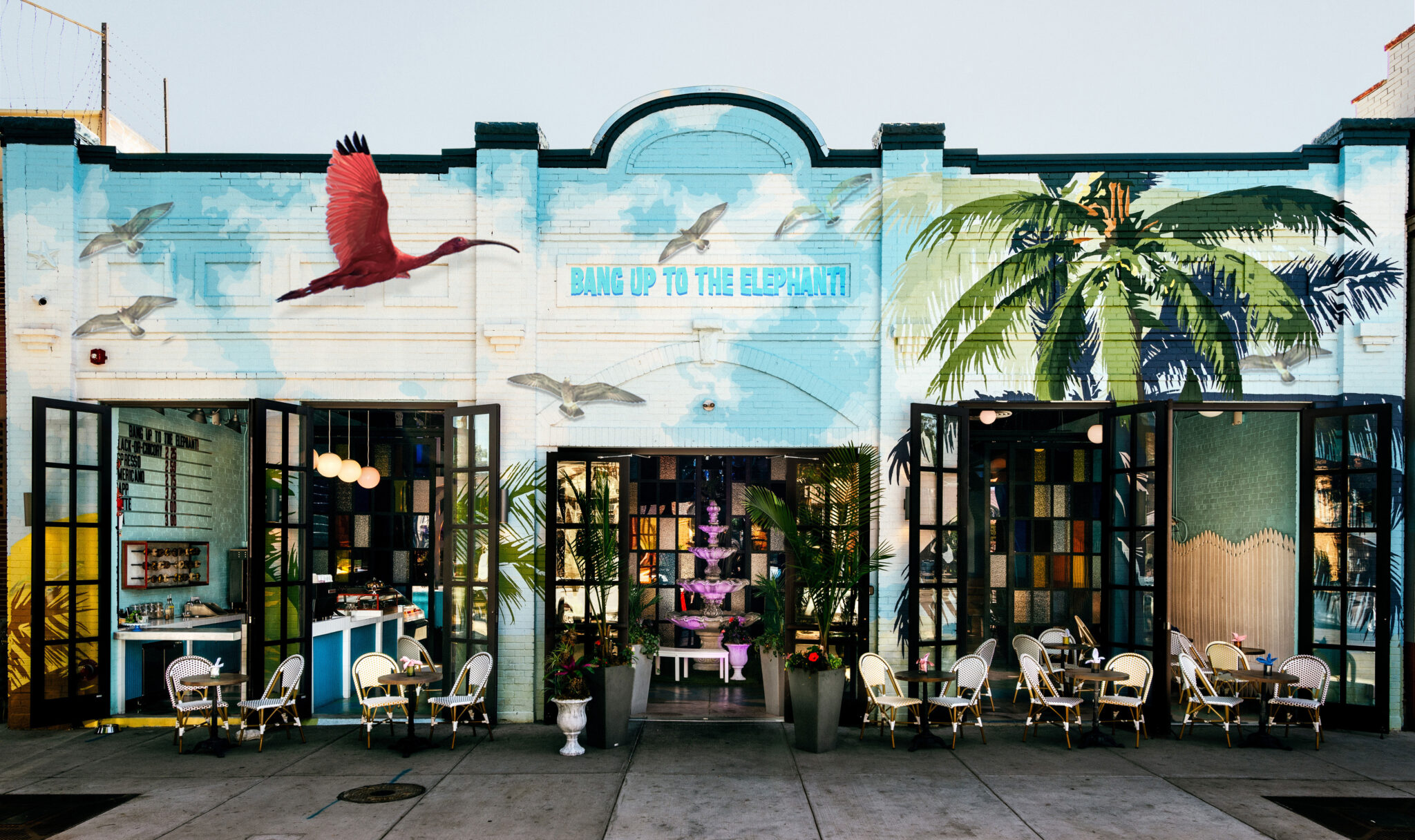 Bang Up To The Elephant currently has a staff of 18, compared to the usual 28, and as a result owner Kevin Delk has closed 50 percent of the restaurant’s dining area and limited hours. (Courtesy of Tastie Concepts)

Kevin Delk is the owner of Tastie Concepts, which operates three concepts in Denver: Two Fisted Mario’s Pizza and Double Daughter’s Salotto downtown, Bang Up To The Elephant in Cap Hill and Beatrice + Woodsley in Baker.

“The irony about this is we’re actually seeing more business at Bang Up To the Elephant than we did pre-pandemic and more people spending more money,” Delk said. “It would be really nice to capitalize on that. But in order to do that, you run the risk of hiring prematurely and not being able to train them appropriately. It’s a challenge watching a bunch of money just sit there on the table, and we can’t take it because we can’t handle it.”

Beatrice + Woodsley, at 38 S. Broadway, has been closed since the start of the pandemic. Last year, Delk was in the opposite position, wanting to keep his existing staff employed. For a time, he used Beatrice + Woodsley’s kitchen to operate a delivery-only restaurant serving vegan Asian dishes.

“It did what it needed to do, and gave us a chance to take our minds off the pandemic,” he said.

Now, however, he’s just trying to get his concepts back on track. He hopes to reopen Beatrice + Woodsley in July with a staff of at least 12, but for now is focused on Bang Up To The Elephant.

That restaurant, at 1310 Pearl St., stayed open throughout the pandemic and fared well thanks to its relatively open-air design, Delk said. But he’s now working with a staff of 18, rather than the usual 28, and has closed 50 percent of the restaurant, including a large dining room. He has also limited hours, opening at 3 p.m. Wednesday through Sunday, rather than daily at 8 a.m.

“The pandemic is one thing, but getting out of this is something else entirely,” Delk said. 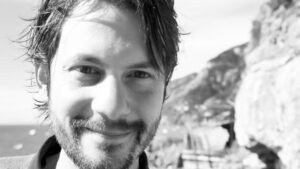 Delk also limited hours at Two Fisted Mario’s Pizza and Double Daughter’s Salotto, which are located on Market Street downtown, by opening the restaurant at 5 p.m. Tuesday through Saturday instead of 11 a.m. daily.

The restaurateur is offering new employees in the front-of-the house a starting hourly rate without tips of $11.75, and more for those with experience. For back-of-the-house or kitchen employees, he’s offering a starting rate of $15.50, regardless of experience.

Before 2020, his hourly rates were purely based on experience, skills, and position, although nobody was making less than $14 an hour. Delk said he’d consider offering an even higher rate, but the cost of food and supply is also rising, making it difficult to save.

“It’s easy to justify giving people raises, especially the great people we’ve been able to work with here, but the bigger issue is that the money has to come from somewhere,” Delk said. “Nobody wants to pay $25 for a veggie burger right now; no one wants auto gratuity or extra fees, and the answer of more volume only helps so much since labor increases with volume.”

Delk added that he’s receiving the same volume of applicants, but “what’s striking is the amount of applicants who aren’t showing up to interviews or are rescheduling them.” For every 20 interviews he’s set up with people, he said maybe five of them show up.

Despite the staffing issues, the restaurateur said he would never consider closing Beatrice + Woodsley or any of his other concepts. Rather, he’s hopeful that the end of unemployment benefits and the governor’s new Colorado Jumpstart incentive program, which offers up to $1,600 to unemployed individuals transitioning into full-time jobs, will offer some cushion within the industry.

“I didn’t get into this just to duck out when times got tough,” Delk said.

Editor’s note: This story has been updated to include more information on Grateful Bread’s timeline for reopening retail operations.

Cliff Trubowitz is freezing his turnovers and baked goods as he tries to find enough staff to open his new restaurant, Turnover Darling. (Lily O’Neill photos)

“The pandemic is one thing, but getting out of this is something else entirely,” one owner said of the labor shortage the industry faces as it tries to reopen.