There’s a new name atop McWhinney.

The real estate firm, which has offices in Denver and Loveland, said Monday that Ray Pittman has been named CEO. His previous title was president and chief operating officer.

Pittman replaces Chad McWhinney, who co-founded the firm in 1991 with his brother Troy. He will become the company’s executive chairman.

Pittman joined McWhinney in 2019 after previously serving as global chief client officer for CBRE, according to McWhinney.

The company says it has planned and developed over 6,000 acres and over 10 million square feet since its inception, including 3,000 apartments. Locally, in the past six months, McWhinney has acquired a mall in Fort Collins, broken ground on a 17-story apartment building in RiNo and purchased a 180-room hotel by Union Station.

Nathan Byers has joined Erise IP as a technical analyst.

Amanda Rodriquez has joined Atlas Real Estate as an executive assistant. She had been with Augustine Classical Academy and is a graduate of Centre College in Kentucky.

Kurt Schoffstall has been promoted to associate loan officer with PGIM Real Estate.

Joseph Wolinsky has been named commercial analyst for KeyBank’s Colorado market. He is a graduate of San Jose State University.

Chris Bantner joined Brinkman Construction as chief operating officer. He is a graduate of the University of Nebraska.

Ryan Moler has joined Taylor Kohrs as a project engineer. He is a graduate of Colorado State University.

Alexandra Griesmer is a client service director. She had been with Alamo Drafthouse Cinema and is a graduate of Marquette University.

Thomas Waggett is with the public affairs team.

Robert “Bobby” King has been appointed vice president of diversity, equity and inclusion with Colorado Access. He had been with YMCA of Metro Denver.

Brice Tiegler has joined Confluence as a landscape architect. 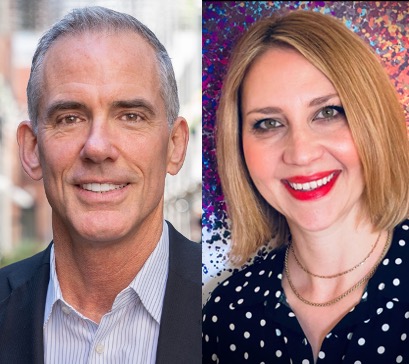 There’s a new name atop McWhinney.