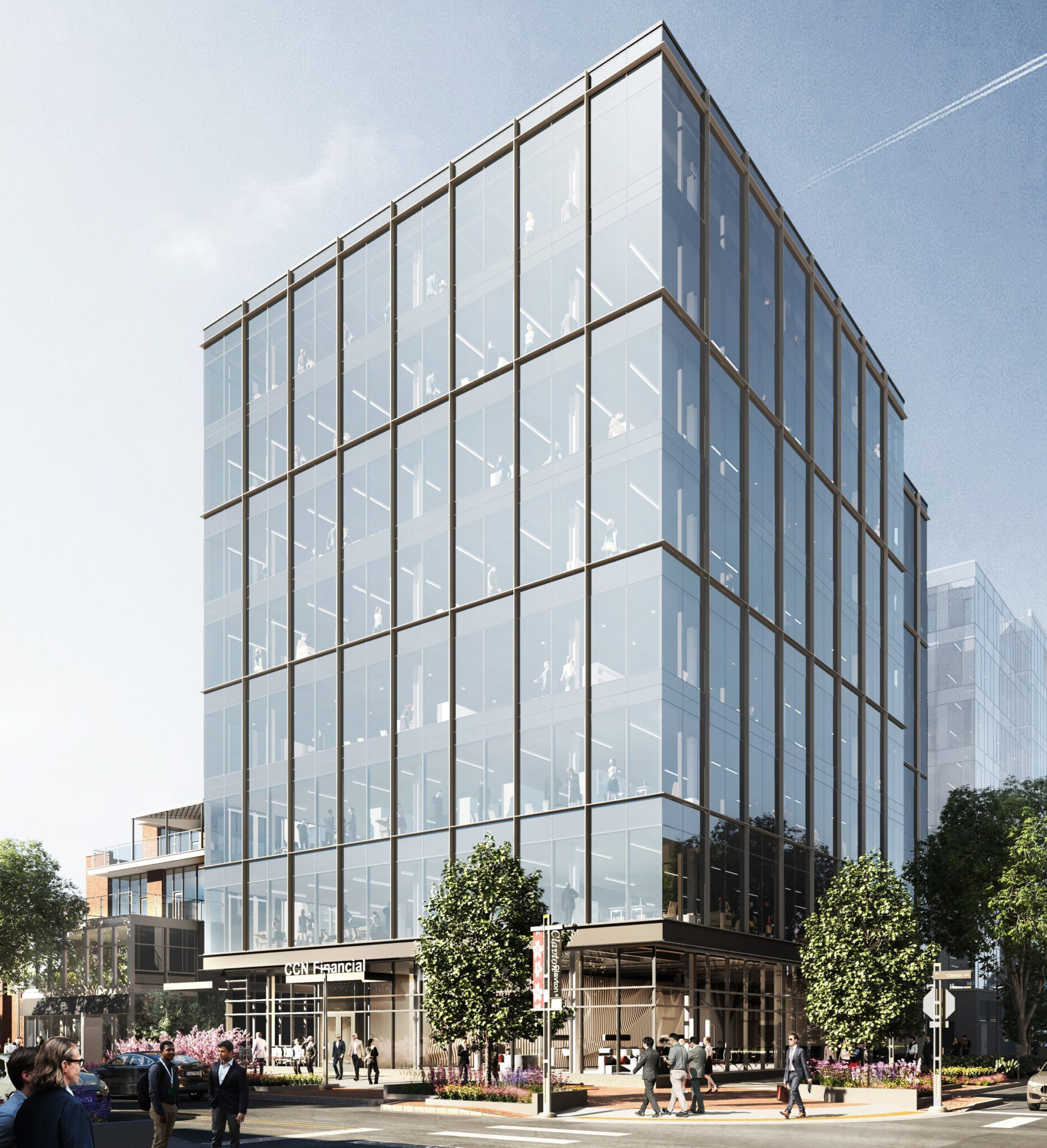 A rendering of 200 Clayton, an eight-story office building going up in Cherry Creek. (Courtesy of Broe Real Estate Group)

A firm that’s been based in Cherry Creek since 1983 is about to build something close to home.

Broe Real Estate Group — a subsidiary of The Broe Group, founded in 1972 by Pat Broe — said Wednesday that it expects to break ground in August on 200 Clayton, an eight-story office building at the northeast corner of 2nd Avenue and Clayton Street.

The building will have 76,000 square feet of office and retail space, with floorplates of about 10,000 square feet. Broe Real Estate Group CEO Doug Wells said uncertainty caused by the pandemic pushed the project back a year.

“We were gearing up pre-pandemic to start this last August,” he said.

Broe played a role in the development of downtown office tower The Tabor Center back in the 1980s. The firm built Country Club Towers II & III, twin 32-story apartment towers in West Wash Park that were completed in 2017. And much of its work is outside the metro area, including an industrial warehouse project underway outside the Port of Savannah in Georgia.

Up until now, however, the only thing the company has built in Cherry Creek is the building at 216 Clayton St., which houses the headquarters of both The Broe Group and the real estate subsidiary.

Wells said the plan is to eventually flank that structure with two new buildings. 200 Clayton will be built to the south, hopefully delivering in early 2023. The company secured that development site in 2019, paying $5 million for the half it didn’t already own. 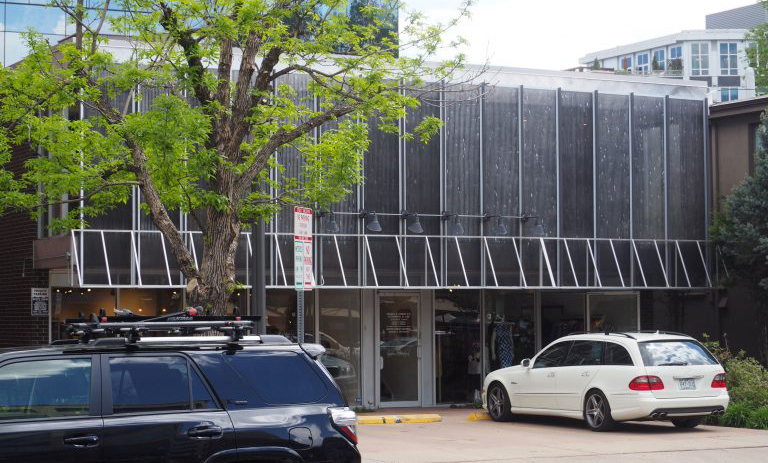 This building is one of two that will be replaced by Broe Real Estate Group’s office project. (BusinessDen file)

When 200 Clayton is done, Broe plans to demolish the parking garage and building to the north, at 252 Clayton St., and build a new seven-story office building there.

“It’s in design right now,” Wells said of that phase.

The first office building already has one tenant. OmniTrax, a railroad company that is also owned by The Broe Group, will take the second and third floors of 200 Clayton, about 20,000 square feet. The firm currently operates out of 29,000 square feet at 252 Clayton, a structure that Broe purchased in 1983.

CBRE brokers Blake Holcomb and Brian Hutt are handling leasing for the remainder of 200 Clayton, which was designed by The Beck Group. GH Phipps will be the general contractor.

The new buildings will go up across the street from The Clayton, the recently completed hotel and members clubdeveloped by Matt Joblon’s BMC Investments.

Joblon is also currently wrapping up construction of the one office project underway in Cherry Creek. He said Wednesday that he expects to get a certificate of occupancy in July or August for his six-story building at 240 St. Paul St., which broke ground last June.

A rendering of 200 Clayton, an eight-story office building going up in Cherry Creek. (Courtesy of Broe Real Estate Group)

The construction of 76,000 square feet of office and retail space at 200 Clayton will be followed by a new seven-story office building at 252 Clayton.