Chase Garrett wants to be the first to offer college athletes a platform to navigate upcoming sponsorship deals.

The founder and CEO of Denver-based Icon Source, a digital platform that helps pair brands with athletes for sponsorships, put a pause on the startup’s $3.5 million funding round in order to capitalize on the upcoming changes in the college sports industry.

Garrett capped the round, which he opened in December, at $1.6 million this month with plans to open another larger $10 million round in the next couple of months and said investors have already expressed interest. 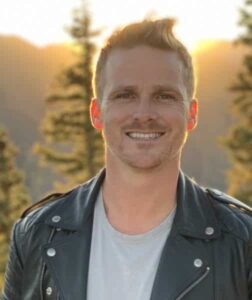 “There’s an immediate opportunity right now with the opening of the collegiate name, image and likeness law, and our platform is really well positioned for that,” Garrett said. “So, we felt we could do what we needed to get a staff prepared for it with $1.6 million.”

Six states — Alabama, Arizona, Florida, Georgia, Mississippi and New Mexico — have already passed laws that would allow college athletes to make money from the use of their name, image and likeness starting in July.

Ten more states have passed legislation that will take effect in 2022, 2023 and 2025, including California, which started the process, and Colorado. There are also 12 other states with bills actively moving through the legislative process.

The NCAA has sought Congress’ help in creating a federal NIL law. Several federal options have been proposed, but it’s likely that state laws will start to go into effect before a nationwide change is made.

Icon Source, which Garrett launched for professional athletes across a variety of disciplines in 2019, began building its platform for college athletes throughout the pandemic.

“Instead of using our resources for growth, we decided to pivot and finished building the platform in the fall. So, we’re ahead of the game from a technology standpoint,” Garrett said.

On Icon Source, athletes create free profiles with photos and details such as their geographic location, current sponsorships, schedules and personal interests.

Companies can search for athletes across a variety of disciplines, including surfing, motocross and snow sports, based on those personal details. Brands can then send athletes messages through the site.

If they want to work together, Icon Source provides a contract template to guide both parties through the agreement. But Icon Source takes what Garrett calls “a small percentage” of sponsorship deals finalized through the site. 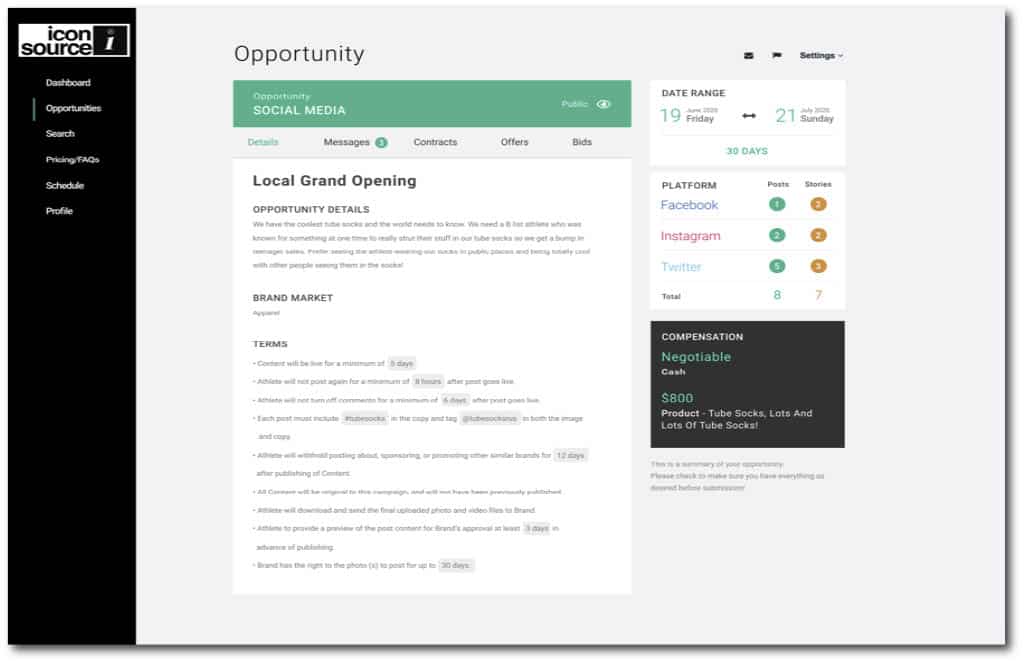 Icon Source offers template contracts to guide both sides through the process.

For college athletes, any can join the platform but their profile won’t be live until their state has an effective date for the NIL legislation. Garett said 1,000 have already signed up, and brands are “chomping at the bit” for the first July deal.

“We want to provide a solution that will help student athletes do deals the right way. We will help them with the nitty gritty regulations, like avoiding alcohol, tobacco and other banned brands, disclosing deals to third parties to report to the NCAA, and providing contract templates that protect them and ensure payment,” Garrett said.

“We have a lot of experience doing this on the professional side. Since college athletes have none and don’t have agents to guide them through this process, we want to make them feel like they have someone looking after them,” he added.

Icon Source has already used the $1.6 million to scale its remote staff of 21 up to 41 over the past two months. The funding round was led by Hawke Ventures, the investment arm of L.A.-based marketing consultancy Hawke Media.

“Hawke is going to help drive brands to use our platform and partner up with athletes,” Garrett said.

Denver-based Icon Source is getting ready to offer a platform for college athletes in states that have passed name, image and likeness compensation laws.