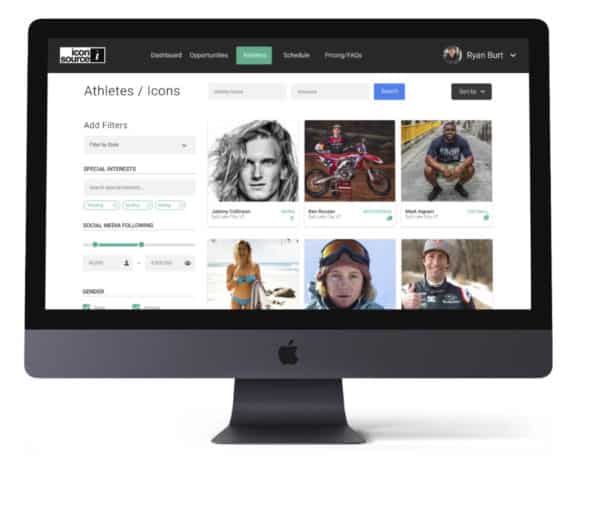 Chase Garrett wanted to create an even playing field for athletes and brands.

The 35-year-old was a professional motocross racer from 14 to 24 years old, and later recruited athletes for Red Bull’s marketing team. But throughout his career in the industry, Garrett said he noticed emerging brands and athletes struggling to discover and connect with each other.

“A lot of times companies just think of athletes that are top of mind, like Lebron James or Tiger Woods, who are often outside the price points of 99 percent of companies of the world,” Garrett said.

To bridge that gap among sponsorships, Garrett left his job at Red Bull in 2018 and spent a year building Denver-based Icon Source, a digital platform that helps pair brands with athletes based on a variety of social audience demographics. 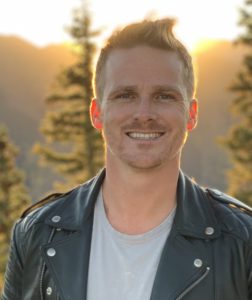 “Influencer marketing as a whole has been very top of mind,” Garrett said. “The whole world understands it’s the most powerful way to connect with your future consumers because of social media, the analytics it provides and the insight into your return of investment.”

“Realistically, athletes are the pioneers of influencer marketing with companies like Nike and Gatorade back in the day,” he added. “So, I wanted to provide more brands access to the original influencers that have a much bigger capacity to speak to their audience that they’ve earned through their own disciplined approach.”

The startup raised $500,000 in initial funding from professional athletes, such as Denver Nuggets player Mason Plumlee, who are also on the site. And at the beginning of this month, the company opened a $3.5 million Series A funding round, which it expects to be led by an institutional investor and to close in early 2021.

Garrett said the company will use the funds to grow its remote team of four, as well as its marketing efforts toward both athletes and brands, which has been mainly word of mouth so far. The entrepreneur, who has lived in Denver for five years, also hopes to open an office once the pandemic subsides.

On Icon Source, athletes create profiles with photos and details such as their geographic location, current sponsorship, schedules and personal interests. Companies can search for athletes across a variety of disciplines, including surfing, motocross and snow sports, based on those personal details.

Companies can send athletes messages through the site. If they want to work together, Icon Source provides a contract template to guide both parties through the agreement.

Athletes don’t pay to have a profile on Icon Source. But Icon Source takes what Garrett calls “a small percentage” of sponsorship deals finalized through the site. 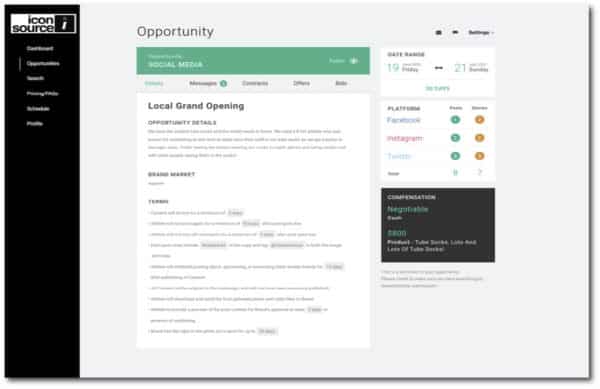 Icon Source offers template contracts to guide both sides through the process.

“We took the tools of a billion-dollar sports marketing company and whittled those down to a platform, so that anybody can have access to some of the untouched, top-tier talent around the world,” Garrett said.

Icon Source also plans to expand its services to collegiate athletes in 2021 in preparation for the NCAA law slated to go into effect as early as July, which allows college athletes to make money from the use of their name, image and likeness.

“Marketing dollars as a total have definitely slowed down amidst the pandemic as more people try to save their money, but there has been a continual investment in athletes,” Garrett said. “I think that’s because they’re human beings who continue to connect and tell stories with their audiences no matter what life throws at you versus live events, where risk factors are a little higher.” 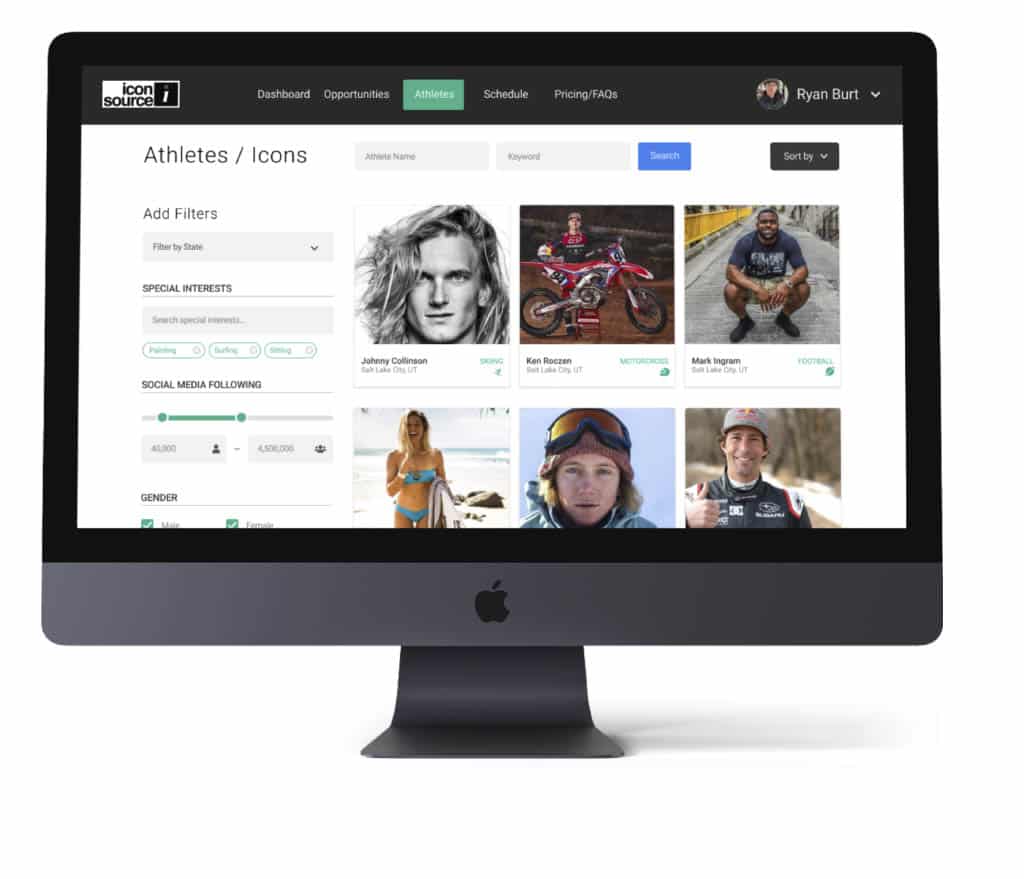