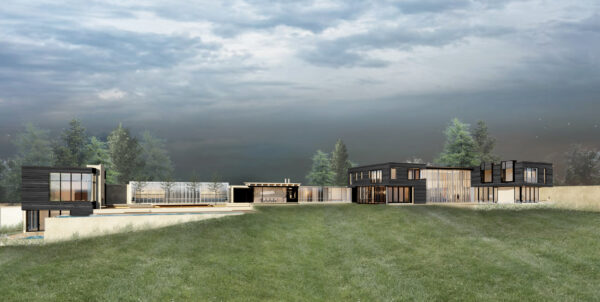 A rendering of the 13,798-square-foot main home on the property’s 15 acres. The home is expected to be completed by the fall. (Images courtesy of AlvarezMorris)

Three weeks after a Polo Club home listed for $21.5 million, another local property has hit the market with an even higher price tag.

The 15-acre property at 4001 E. Quincy Ave. in Cherry Hills Village, whose main home is still under construction, has a list price of $25 million. That’s a record for a home in the Denver metro area.

The property is dubbed Clearview Farm for its unobstructed mountain views. It’s currently owned by Clearview Farm LLC, which purchased it in 2015 for $11 million.

Glen Warren is the manager of the LLC, according to public records. Warren co-founded Denver-based oil and gas company Antero Resources, most recently serving as president and CFO. He retired at the end of April after nearly 20 years with the company, according to a press release.

Listing agent Susie Dews with Compass said the couple that own the property tore down the old 6,500-square-foot farmhouse that previously stood on the acreage and are in the midst of completing a nearly 14,000-square-foot main home, which they started constructing in 2019. A 2,600-square-foot, two-bedroom guest house has already been completed and served as a prototype for the main home.

The renovation’s design is a collaboration among Carlos Alvarez with AlvarezMorris Architectural Studio, Cushing Terrell Architecture and the owner-architect, Dews said. It’s being built by Denver-based Shaw Construction, which expects to complete it by the fall. 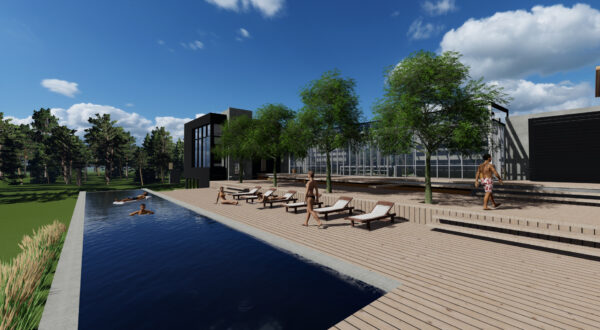 A rendering of the home’s pool deck.

Clearview Farm’s main home is being constructed out of concrete, glass and zinc and is partially wrapped in Shou Sugi Ban, a cedar that has been charred using a traditional Japanese technique that protects the wood.

The total budget for the renovation costs more than the listing price, Dews said. She added that the owners have decided to move out before completion because of “circumstances that have led them to different parts of the country.”

“Even before COVID, we were seeing a big influx of wealthy people that could live anywhere and were choosing Denver, and the pandemic accelerated that,” Dews said “This property could appeal to people relocating because there is the ability to turn it into a legacy compound if they decided to subdivide.”

Stats: The five-bedroom, eight-bathroom main house sits at the highest point of the property and consists of four “barns” that roll down the north hillside, according to the listing.

“It’s still a work in progress, so somebody has time to customize to their heart’s content,” Dews said.

The property’s 15 acres are situated in between the High Line Canal and Three Pond Park. It also sits across the street from Kent Denver’s 160-acre campus. 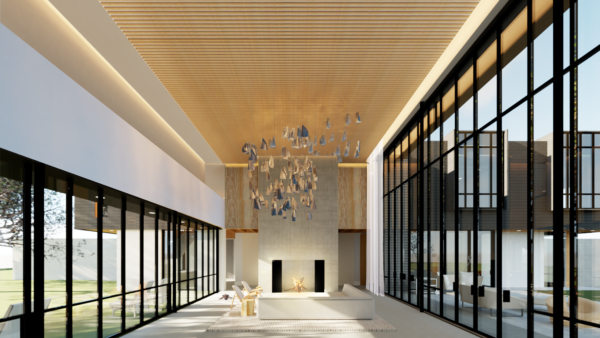 The finer things: Every detail is intentional throughout the home, Dews said. The main home will feature custom-made windows imported from Italy, wide-plank flooring shipped from Denmark, a great room with 22-foot ceilings, poured concrete floors and an outdoor view from every room, according to the listing.

Outside, there’s a two-car garage, a large pool and a hot tub, which will frame an outdoor kitchen and entertainment area. 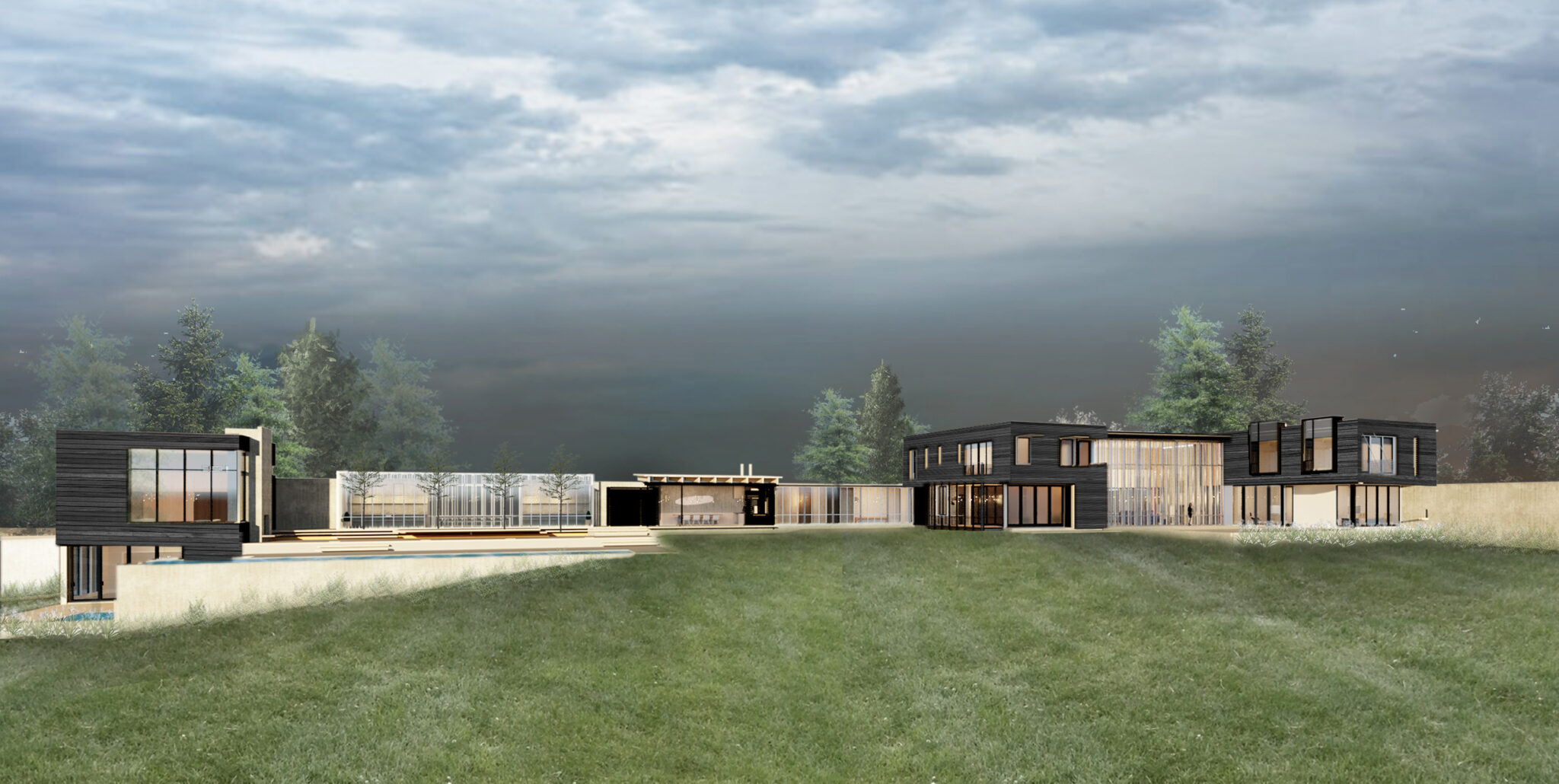 A rendering of the 13,798-square-foot main home on the property’s 15 acres. The home is expected to be completed by the fall. (Images courtesy of AlvarezMorris)

The 15-acre property at 4001 E. Quincy Ave., where the main home is still under construction, is dubbed Clearview Farm for its unobstructed mountain views.