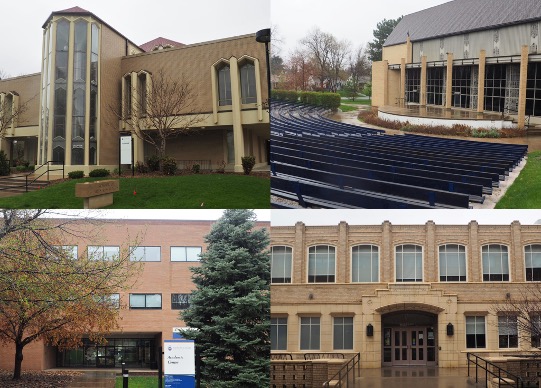 Denver Public Schools will purchase a portion of Johnson & Wales University after a unanimous school board vote Thursday.

Four buildings on the campus of the university, which is set to close, will become an expansion of the school system’s Denver School of the Arts, a magnet school for sixth to 12th graders located across the street.

The vote to approve the deal was preceded by very little discussion by the board, but Vice President Jennifer Bacon voiced her support.

“This is an opportunity for our community to not only really think about being able to acquire some property, and not just the expansion of potential seats for (Denver School of the Arts), but hopefully push us to have conversations across the district about including arts comprehensively in our schools,” Bacon said. “For all our communities watching this, thank you for your feedback and thoughts. We look forward to adding additional seats for our community to access the arts.”

BusinessDen previously reported four buildings on the campus — the Wildcat Center, Academic Center, Aspen Hall and Whatley Chapel — were pegged for the School of the Arts expansion.

The magnet school’s current enrollment is 1,100, and it has exceeded its intended 900-student capacity since 2003. Some 500 applicants are turned away annually, and DPS said the acquisition could allow the school to add between 600 and 800 students.

Johnson & Wales paid about $30.5 million for the campus in two transactions in 1999 and 2003, records show. The Rhode Island-based university announced in 2020 that it would shut down the Denver campus and others across the country this summer.

The Urban Land Conservancy, a Denver-based nonprofit, is under contract to purchase the 25-acre, 13-building campus, and is the entity selling the four buildings to DPS.

The Denver Housing Authority, meanwhile, is set to purchase a separate portion of the campus from ULC, for $9.5 million.

Four buildings on the western half of the university property are included in the deal and will be used to expand the Denver School of the Arts.