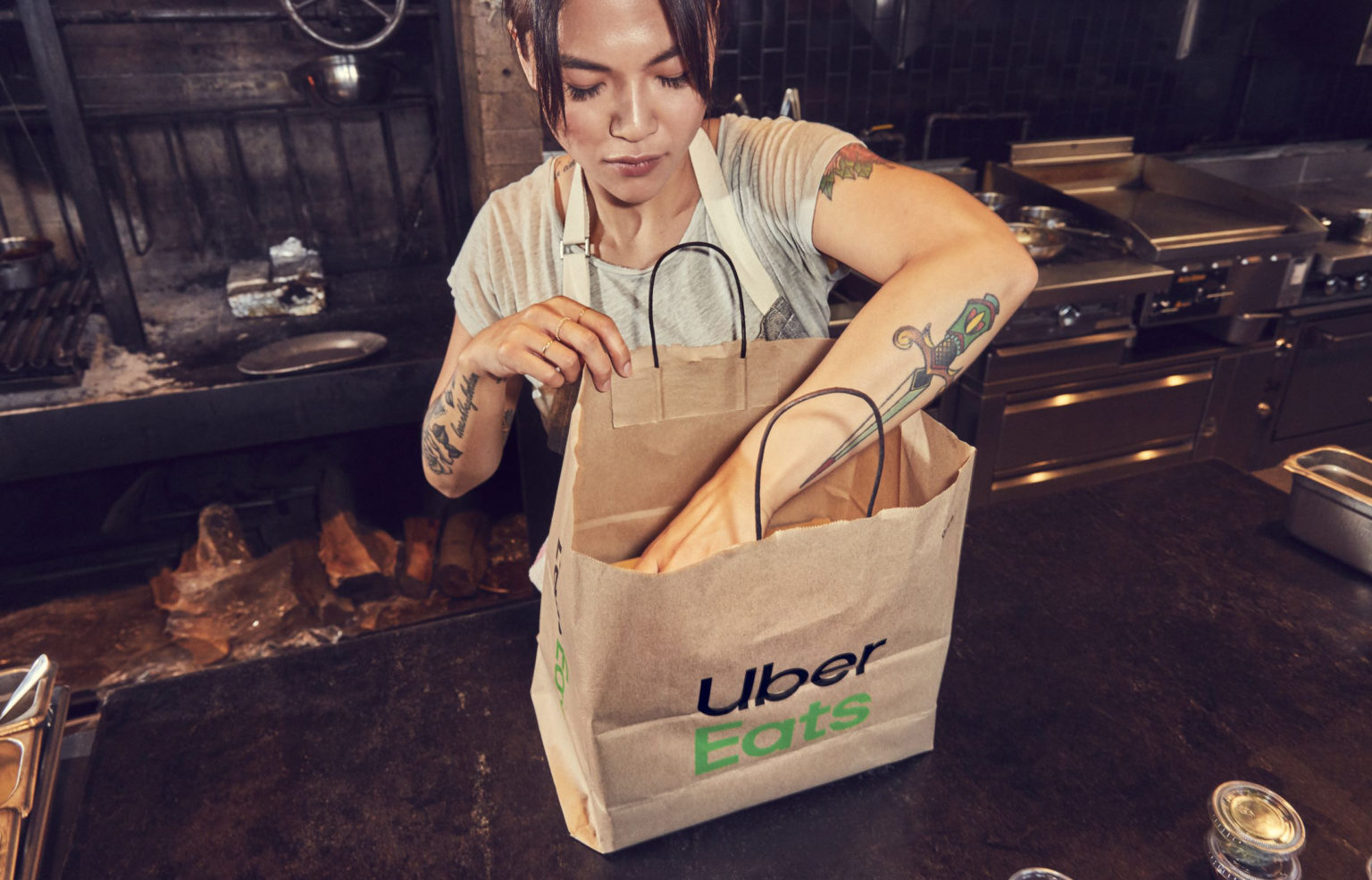 Uber Eats is among the companies affected by the Denver measure that caps the commission paid by restaurants at 15 percent. That cap is due to expire June 14. (Photo courtesy of Uber Eats)

Councilwoman Kendra Black, who spearheaded the effort last fall to enact a 15 percent maximum on commissions charged to restaurants by food delivery apps like DoorDash and Uber Eats, said the city will not extend the cap past June 14, when it is set to expire.

Black said the commission cap was a response to the struggles local restaurants faced with pandemic-induced restrictions in place. She said she won’t push to extend it because restrictions on restaurants were lifted across the city as of last week.

“Our department of Economic Development and Opportunity isn’t inclined to support one industry over another, and nationwide there were quite a few cities and states that had caps,” Black told BusinessDen. “(Those cities are) all eliminating them. And I think the delivery industry adapted, they got the message.”

Black said she will push to extend other elements of the measure passed last October. It also prohibited delivery apps from including restaurants without their permission and charging for phone calls that don’t result in an order, and mandated certain information be included on receipts. Should a new measure pass, those elements would remain in place.

Black said in the lead up to the cap’s original passage that some restaurants were paying as much as 35 percent on a meal ticket to the app companies. The measure originally lasted through Feb. 9, but was extended during the winter through next month.

Denver wasn’t the only major city to enact such legislation. San Francisco, Chicago and New York City were at the forefront.

Chicago’s commission cap expired last month. New York’s was extended last summer through 90 days past 100 percent capacity allowances, and San Francisco could keep its in place until two months after the city opens restaurants back to full capacity.

“Restaurants are the hearts of our communities and our culture,” Black said. “This was a positive way to help them out during a stressful time.”

Black noted that, last month, DoorDash came out with a new “partnership plan” model, with three options for the commission paid by the restaurants.

The options vary from 15 percent for the most basic plan to 25 or 30 percent for the middle (“Plus”) and top-tier (“Premier”) plans. The upper-level plans provide access to “DashPass” customers and, at the Premier level, a zero-commission month is offered if fewer than 20 offers are taken through the app.

“Nationwide, third-party delivery companies have responded to caps like ours to create improved pricing structures that are acceptable to restaurant advocates,” Black said.

DoorDash responded to Denver’s cap by charging customers a $2 per order “Denver fee.” A company spokeswoman, however, said this week that fee was recently discontinued.

“In response to the price control in Denver, we implemented a small fee to help ensure we could continue providing a high level of service for merchants and customers while paying Dashers meaningful earnings. We lifted that fee earlier this month, and look forward to continuing to work with policymakers on ways to help restaurants move into recovery.”

Uber Eats is among the companies affected by the Denver measure that caps the commission paid by restaurants at 15 percent. That cap is due to expire June 14. (Photo courtesy of Uber Eats)

Councilwoman Kendra Black, who led the effort to enact a cap last fall, said the city will let it expire because COVID-19 restrictions on restaurants have been lifted.