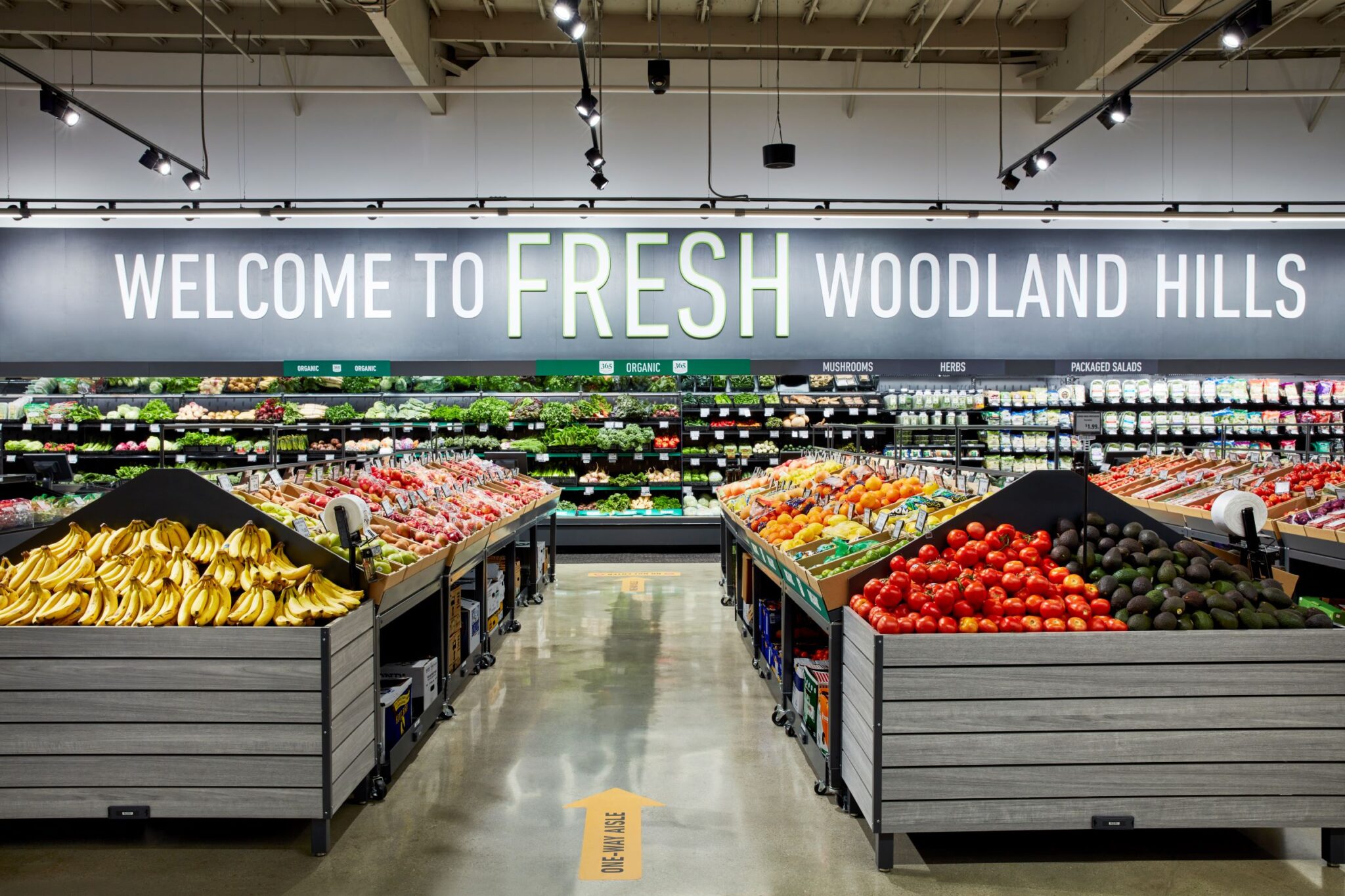 An Amazon Fresh store in California. (Courtesy of Amazon)

An Amazon Fresh grocery store appears to be in the works in the southern part of the metro area.

Illinois-based Kensington Development Partners, the owner of the Quebec Village Retail Center in Centennial, says on its website a “future grocery store” is among the complex’s anchors. It refers to that store as a “national tenant.”

The grocery store would take part of the building at 8181 Quebec St., at the northwest corner of Quebec Street and County Line Road, a marketing brochure shows. The structure was previously home to Hobby Lobby and Stein Mart. Hobby Lobby moved, and Stein Mart closed all its stores after filing for bankruptcy last year.

Multiple sources identified Amazon Fresh as the grocer, and told BusinessDen the Centennial location is one of multiple stores in the works locally.

An Amazon spokeswoman said the company doesn’t comment on “rumors and speculation.” Kensington and a broker marketing the property didn’t respond to separate requests for comment.

Amazon has been in the brick-and-mortar grocery business since 2017, when it purchased the Whole Foods Market chain. Last summer, however, the company opened the first Amazon Fresh store in California. There are now 12 locations operating, according to Amazon’s website: eight in California and four in Illinois.

Amazon Fresh is also the name of Amazon’s grocery delivery service, which is up and running in many cities including Denver.

Bloomberg reported in early March that at least 28 additional brick-and-mortar Amazon Fresh stores were in the works. The stores feature “Dash Carts,” which are equipped with cameras and sensors to identify items that customers drop in. Customers can then walk out the store and have the purchase automatically put on the credit card linked to their Amazon account, according to the company’s website.

Separately, Amazon also has two brick-and-mortar Amazon Go Grocery stores in the Seattle area, which are much smaller than Amazon Fresh stores. 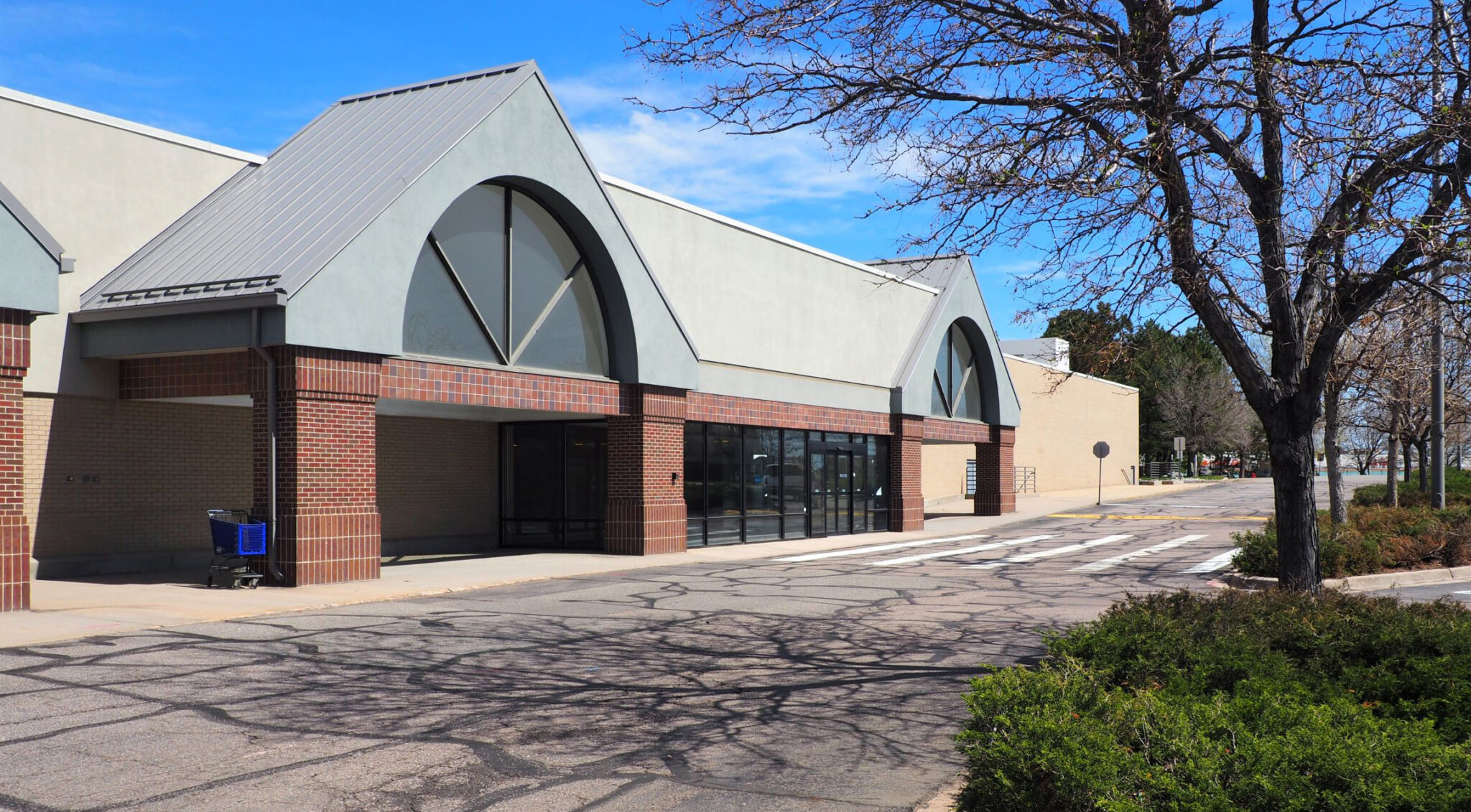 A document submitted to the city of Centennial seeking permission to conduct minor demolition work at the site shows that the grocery store would be about 43,000 square feet, on the side of the building that used to be Hobby Lobby. Amazon Fresh stores in other markets have generally been in the range of 30,000 to 45,000 square feet.

The document doesn’t mention the grocery tenant. But the listed architecture firm, Norr, has worked on other Amazon Fresh stores around the country, according to multiple media outlets. A permit authorizing the demolition work was issued last month, city records show.

Kensington is familiar with Amazon’s grocery business. An Amazon Fresh store is located in a shopping center the company owns in Schaumburg, Illinois.

The only grocery store currently at the intersection — which sits at the border of Centennial, Highlands Ranch and Lone Tree — is Konark Grocers, a small store specializing in Indian ingredients. A Safeway at the northeast corner of the intersection was turned into a Vasa Fitness gym several years ago.

An Amazon Fresh store in California. (Courtesy of Amazon)

Amazon did not confirm it but a shopping center owner's website refers to a “future grocery store” and “national tenant” taking the former Stein Mart space.