The clubhouse at Cherry Hills Country Club is getting a $50 million facelift.

The private club at 4125 S. University Blvd. in Cherry Hills Village is gearing up to demolish the south end of its clubhouse and replace it with a new two-story, 67,000-square-foot facility, according to a board member.

Renovations will include an indoor golf simulator, a fitness studio, meeting rooms and a new basement with around 10,000 square feet. The banquet facility for weddings and other events, which has been two separate rooms, will now be one larger room.

There will also be dining areas and an outdoor patio with western-facing views on the second floor, where employee offices used to be. The building’s footprint will remain largely the same.

“The reason why I think our members believe it’s important is so we can continue to be relevant,” said Charles Maguire, who sits on the club’s board and executive committee. “We needed to upgrade our facilities and provide a better member experience.”

He added, “We see country clubs like ours are no longer joined based on the decision of a husband or wife, but it tends to be more of a family decision. So, we need to make sure we’re providing all the amenities families would like to see at country clubs.”

The most recent renovation was the $12 million addition in 2005 of the 30,000-square-foot north end, which includes the men’s locker room and an exhibit that recognizes famous players who have played at the club. That portion of the building is not part of the latest project. 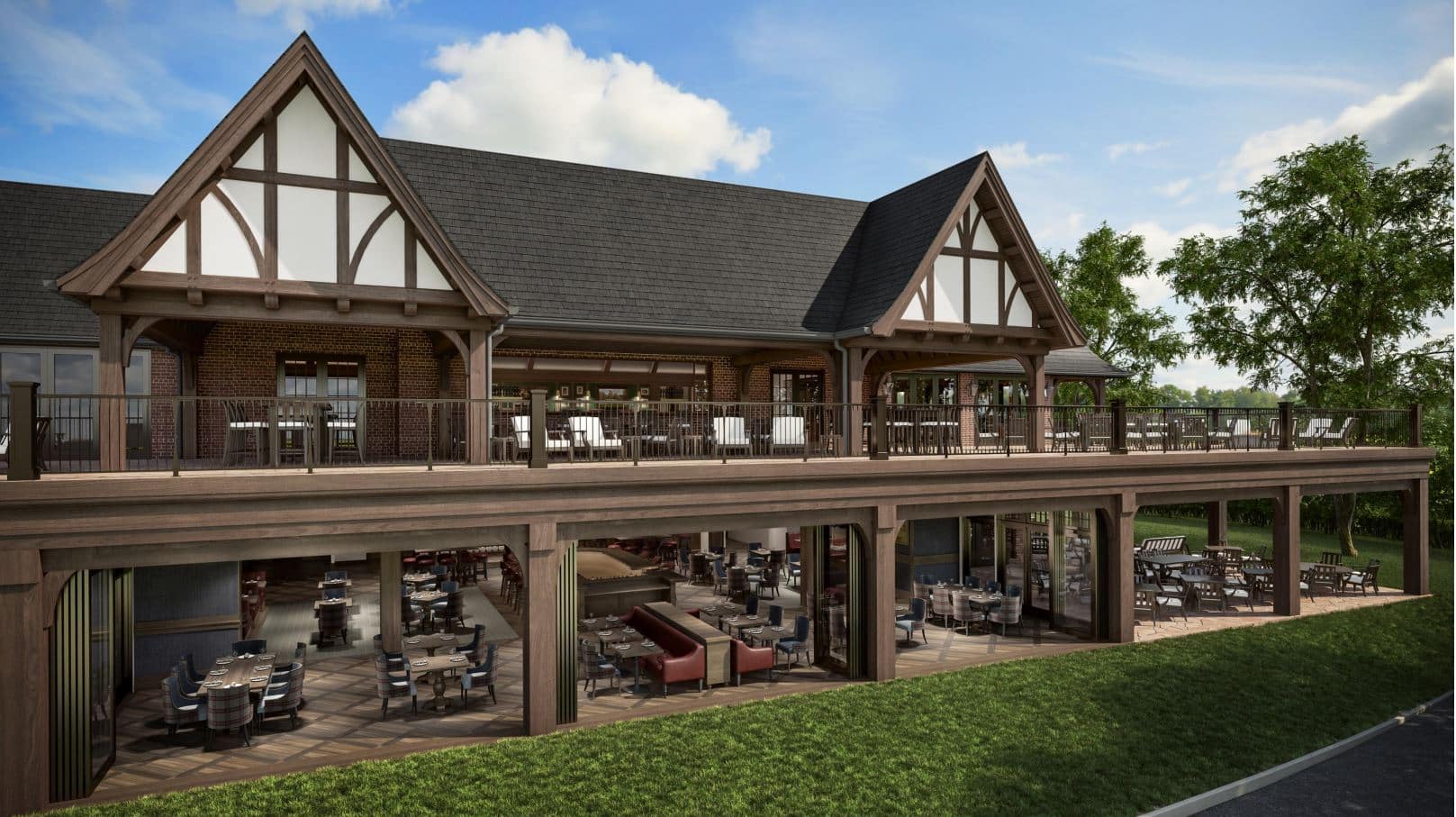 New additions to the clubhouse will include an indoor golf simulator area, a fitness studio, and expanded dining areas.

Maguire declined to disclose the project budget, describing it only as a “substantial amount.” Multiple sources familiar with the project told BusinessDen the budget is approximately $50 million.

Roughly half of the project will be paid for by the members, but the club has also secured a 20-year loan to finance the other half, Maguire said.

“The initial clubhouse was built in the 1920s, and then there were a series of additions over the years. So, as a result, it had become a combination of additions onto the structure,” Maguire said. “Not all of the clubhouse had a basement, and there were varying heights, plus the ballroom portion of the clubhouse was built in the ’50s. So, it had been put together in pieces over many years and didn’t have a great flow.”

More than 64 percent of the club’s 450 resident members voted in favor of the project in January 2020, according to Maguire. Cherry Hills hired Connecticut-based Mark P. Finlay Architects and Englewood-based JHL Constructors. The club is about to complete an asbestos abatement with plans to begin demolition next week.

Cherry Hills, which opened in 1922, features an 18-hole, par 72 regulation course, as well as a nine-hole par-three course. There are also tennis courts and a lap pool.

The total square footage of the clubhouse will be around 97,000 square feet when work is done. The club hopes to complete the project in November 2022, ahead of the U.S. Amateur Championship in 2023, which the club will host for the third time.

The clubhouse has been closed since pandemic restrictions increased in November, but the club has set up temporary facilities on the course chipping green including a pro shop.

“It’s a place where members can gather and dine and have meetings, and it also allows us to keep part of our staff employed during this time,” Maguire said.

“The reason why I think our members believe it’s important is so we can continue to be relevant,” said a board member of new amenities designed for families.