Denver’s skyline can be seen from a drone-mounted camera in this 2020 photo. (Courtesy of Guerilla Capturing)

Denver city leaders are already taking steps to prepare for the expected passage of state legislation that would allow Colorado municipalities to require developers to build income-restricted housing.

Two members of the City Council, along with the city’s Department of Community Planning and Development, have convened a task force to discuss the approach Denver should take if House Bill 1117 becomes law. So far, it’s passed the House and awaits Senate deliberation.

The bill would allow cities and towns in Colorado to require that newly constructed buildings include a certain percentage of units set aside for those making under the area median income, a designation commonly referred to as affordable housing.

The measure is a latent response to a 20-year-old Colorado Supreme Court decision known as the Telluride Decision, which ruled municipalities didn’t have that power.

However, with a council that last year rejected a rezoning proposal on the grounds that a developer’s voluntary 10 percent affordable housing component was too low, the lack of a maximum cap built into the legislation has folks on the building side of the equation concerned. 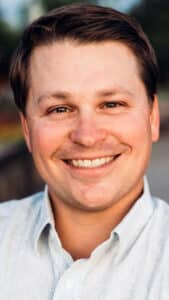 “Developers only move forward on projects that make sense,” said Paul Books, president of Denver developer Palisade Partners and a member of the task force. “If all of a sudden we have to take 10 percent of our units and deed restrict them at some level, and then nothing else changes, that’s enough of an impact that many projects won’t move forward.”

Books and others in his field take great pains to emphasize that there’s a lot of nuance to the issue. But they do forecast consequences if the city doesn’t take what they’d consider a measured approach to future policies unlocked by HB 1117’s passage.

“There are types of proposals that in our city just won’t be acceptable,” said Albus Brooks, a former city councilman who is now vice president of business development for Milender White.

Councilwoman Robin Kniech, one of the two council members on the task force, bucked the idea that the state needs to place a cap on the measure or else councils like Denver’s will go wild with power.

“The idea that, if there are not guardrails, somehow local governments will require exorbitant percentages, is not proven out across the country,” Kniech said. “More than a thousand of these ordinances are out there, and almost all of them cluster in the 10- to 20-percent range. Why? Because all governments think alike? No, it’s because that’s where economics fall to be feasible to build and also be able to help contribute.”

The developers are taking a more cautious approach to the city’s potential new powers.

Most council members, reached for comment by email, voiced support for the measure.

Councilman Paul Kashmann tossed out a number, suggesting a requirement as high as even 20 or 25 percent as a goal, to “move the needle as far as we can without squelching construction.” Others simply expressed intentions to dive much deeper into the options.

“Most of our voluntary affordable housing agreements come in at 10 percent, and you won’t find much that is being built now above that without including some sort of public subsidy,” wrote Councilman Kevin Flynn. “If the requirement is too high, it won’t be sustainable without public subsidy, and you’ll end up with less housing being built rather than more. Below-market rents on affordable units are offset by raising rents on the market-rate units.”

Offsets, incentives in the mix

Books and Kniech agree that in order to make this work, policymakers must strike a delicate balance. That means combining new requirements of developers with incentives and offsets of one kind or another. Height, density or parking requirements, as well as offsets to fees or other costs can slide the scale one way or another. It also means being crafty with the exact requirements themselves.

How exactly the scales weigh each side is the question.

“I’m supportive of this,” said Brooks, the former city councilman. “I think the development community is supportive of more affordable housing. We want to do these things, but you’ve got to make it palatable at the end of the day. It has to work financially, or the project doesn’t work.”

Brooks agreed it’s much more complicated than just mandating a cap for municipalities, given all the variables. But there are numbers that, on their own, just won’t work, he said.

“There’s no way 20 percent of every housing development in the city is going to be required for affordable housing without any offsets,” Brooks said. “I think you’re going to be looking at a number between 10 and 15 percent, and numbers we’ve been hearing is for 60 percent to 80 percent AMI. But those are going to be real decision points.”

What it could mean for development

Another fear for developers is what happens to those in limbo, so to speak — the development projects that are “stuck in the middle” between the old rules and the new. So-called “grandfather” clauses, which would allow projects initiated before a rule goes into effect or a certain point thereafter to continue without having to change its scope, aren’t currently required in the legislation.

Yet another concern is whom a drop in development profitability would really affect.

“If you change inclusionary housing policy, it’s really not an impact to developers,” Books said. “It’s actually an impact to landowners. I don’t think that is well understood. The reason is, for developers, if I haven’t purchased the land yet, now this policy is enacted, what I do is modify my assumptions according to the new rules. If the project doesn’t make sense, I won’t move forward, or I’ll wait for the market to adjust or adapt. Landowners would have to reduce their price or the market would need to adjust in other ways in order for projects to move forward.”

That has secondary impacts on local economies, Books said. If a landowner can’t count on his or her land to be worth a certain amount, it changes his or her approach to spending and saving.

But more pertinently is the impact changes like this could have on the purpose of these rule changes, which is creating more housing, both affordable and otherwise.

“It won’t necessarily freeze development,” Books said cautiously. “But if it’s not thoughtfully done with the best practices, you increase the probability that there could be a disjointed market for a period.”

Kniech, while not unconcerned with the developers’ cautions, is a bit more bullish about the market’s ability to adapt.

“We have proven experience from peer cities,” she said. “Markets do adjust. There’s a burst of permitting right before the law goes into effect, then the pipeline gets cleared and there’s a drop in permitting. That doesn’t show you’ve killed development, it shows you cleared the pipeline. It grows again in a year or two and it’s back to comparable.”

Where it stands today

Kniech said the bigger shame, perhaps, is that Denver — and Colorado as a whole — is probably decades late on this.

“We have missed 20 years of growth since the Telluride Decision,” Kniech said. “During that time, 64,000 new apartments came online, and without a tool to capture them and ensure a portion would be affordable. I think that’s hard for communities and council members to see — that time we’ve lost.”

In the meantime, Denver has worked with linkage fees, a system whereby all new development must pay the city a significant fee that is used to invest in affordable housing, and incentive programs like density and height allowances for projects including affordable units. It’s made an impact, but it hasn’t been enough, Kniech said.

“Even this tool is only one more piece of the solution,” Kniech said. “It’s a modest but steady supply. We get in fights — ‘inclusionary housing won’t create as many units as you think,’ or ‘inclusionary isn’t a tool for those leaving homelessness.’ Well first thing is build a tool and evaluate it based on what it’s designed to do. It’s not for creating a massive number of units, and it’s not for deeply low-income units. It’s for a modest supply of moderate-income housing, and it does that well in places evaluating it on that basis.”

Denver’s skyline can be seen from a drone-mounted camera in this 2020 photo. (Courtesy of Guerilla Capturing)

A task force that includes developers is discussing what percentage make sense and what types of offsets and incentives would be needed to make it work.