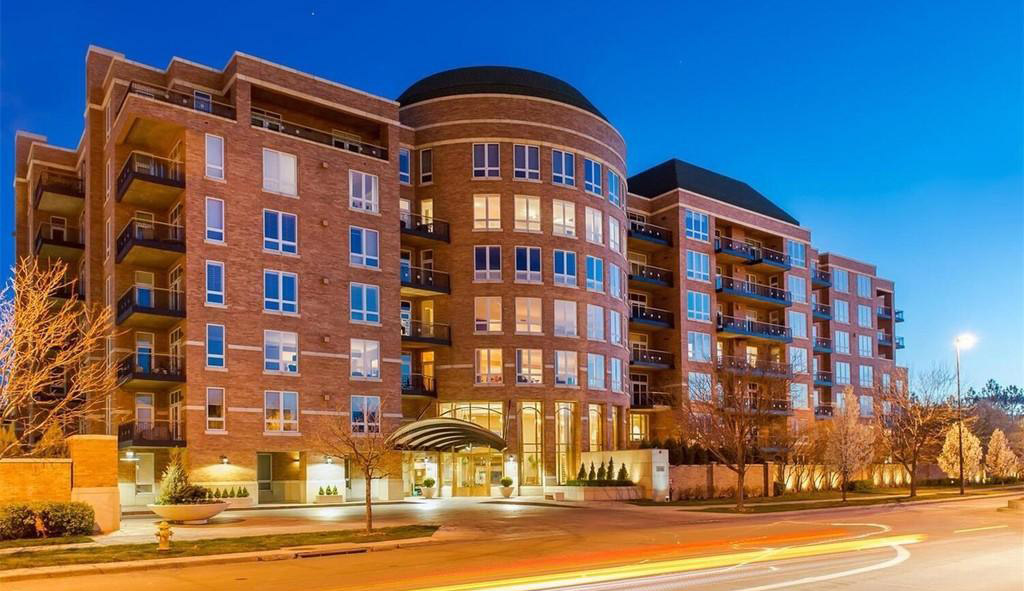 One Polo Creek has 58 units and seven stories. (Photos courtesy of Compass)

The granddaughter of a cheese industry magnate has put her Cherry Creek penthouse on the market for $6.5 million.

Mary Leprino, who is also part-owner of Leprino Foods, listed the 5,000-square-foot condo on the seventh floor of One Polo Creek at 2400 E. Cherry Creek South Drive on Tuesday.

The building was completed in 1996. Leprino purchased the property under the entity Polo Mary LLC from her father, Mike Leprino Jr., in 2018 for $3.4 million, according to property records.

Leprino originally listed the penthouse for $5 million in 2019, and the price later dropped to $3.5 million in June 2020. She then decided to take a break from the market and renovate the unit and rebuild it from the studs for the next buyer, according to listing agent Erin Susser with Compass.

The penthouse is currently undergoing a multi-million dollar renovation designed by Liz Lorentzen with Studio LW and constructed by Steve Diamond with Diamond Homes, Susser told BusinessDen. It’s slated to be completed this summer. 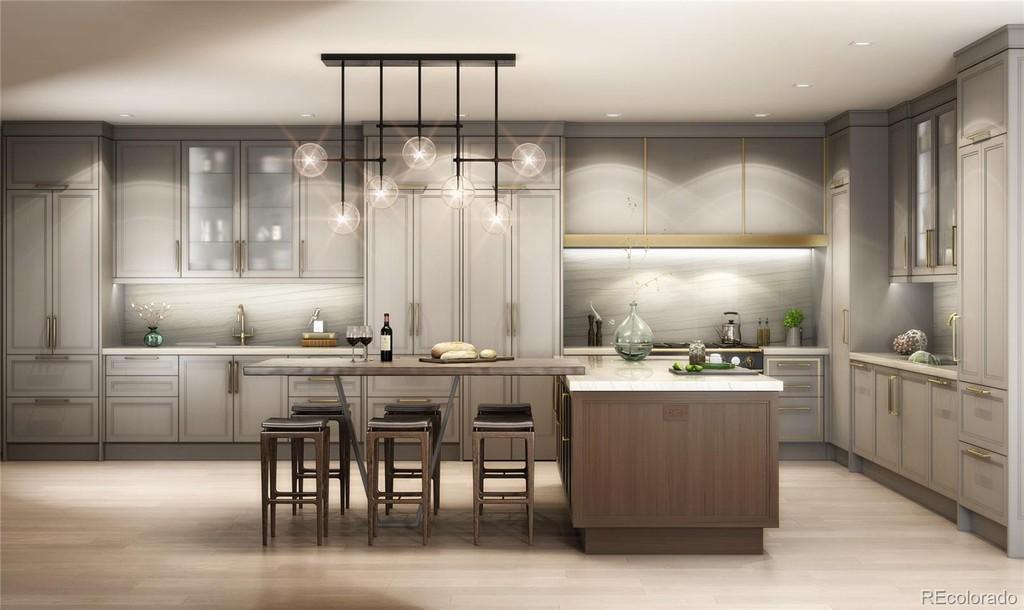 A rendering of the penthouse’s newly renovated kitchen.

“She wanted to give the buyer the chance to customize things like colors or flooring, which is why it’s being listed this early on in the project,” Susser said. “No one else has taken this extent to bring this building up to the chic, modern standards that people expect today.”

In addition to the Cherry Creek penthouse, Leprino is selling a full-floor condo unit overlooking Cheesman Park at 1510 E. 10th Ave. for $4.45 million. She originally purchased it for $2.35 million in 2019, according to property records.

Leprino Foods is the world’s top producer of mozzarella cheese, selling more than 1 billion pounds annually, with $3.5 billion in revenue, according to Forbes.

Leprino’s uncle James is CEO of Leprino Foods, and estimated by Forbes Magazine to be worth $3 billion. In a 2017 profile, the magazine dubbed him the “Willy Wonka of cheese.”

Mary Leprino and her sister Nancy sued James and his daughters, who collectively own about 75 percent of Leprino Foods, in August 2020. They stated that the lawsuit arose from the “Defendants’ oppressive actions managing and operating LFC for their own financial reward while depriving the minority shareholders of their legal rights and financial interests.” The lawsuit remains unresolved.

A rendering of the penthouse’s great room.

The finer things: The penthouse renovation will include an updated kitchen with new designer appliances, brass accents, a spacious island that seats six and a butler’s pantry. A large private gym and an office with its own private entrance will also be added.

“So if you had a business meeting, they would go through your office entrance and never have to be inside your unit,” Susser said. “You could run your whole business from there, and do everything you’d like: live, work, play, so to speak.”

The three-bedroom, two-bathroom unit has three terraces with views of the mountains, downtown Denver and the Denver Country Club. It also comes with four parking spaces.

One Polo Creek has 58 units and seven stories. (Photos courtesy of Compass)

After dropping the price to $3.5 million in June 2020, Mary Leprino pulled her unit from the market and is doing a multi-million dollar rebuild from the studs.