Cherry Hills Country Club is teeing up a new head golf pro for the spring season.

The country club hired Andrew Shuck — former head golf pro for Charlotte Country Club in North Carolina — last month, and he is set to start on April 1, according to a Cherry Hills representative.

Shuck had worked in Charlotte for 10 years. He replaces John Ogden, who was head golf pro at Cherry Hills for 13 years and left last year for Muirfield Village Golf Club in Ohio, which is owned by golf legend Jack Nicklaus.

Cherry Hills General Manager Thorsten Thoth also left the club in the fall for a new position as chief operating officer of Sharon Heights Golf & Country Club in California’s Bay Area. The club has yet to fill that position.

Michelle Berger is a partner in the real estate practice group. She has degrees from South Dakota School of Mines & Technology and the University of Denver.

Matthew “Matt” Morrison is counsel in the labor and employment practice group. He has degrees from the Georgia Institute of Technology and the University of Colorado.

Valentine Uduebor is an associate in the litigation and dispute resolution practice group. He has degrees from the University of North Texas and the College of William and Mary.

Brian Bellow has been promoted to vice president of property management operations with Atlas Real Estate.

Tony Zanze is chairman of the board.

Donna Horii is the national group sales manager at The Charter at Beaver Creek. She had been with Colorado Hotel and Lodging Association and is a graduate of the University of Colorado at Boulder.

Luis Colón is chief administrative officer. He has degrees from the Georgia Institute of Technology, Cambridge University and the University of Michigan.

Glenys Ong Echávarri is NAGPRA liaison and tribal consultation coordinator, effective April 1. She had been with Burke Museum of Natural History and Culture in Seattle and is a graduate of Brown University.

Amber Hills has been named chair of the board of directors for Colorado Housing and Finance Authority. She is FirstBank’s Southwest Market president.

Aaron Calhoon has been promoted to director of operations at Mortenson. 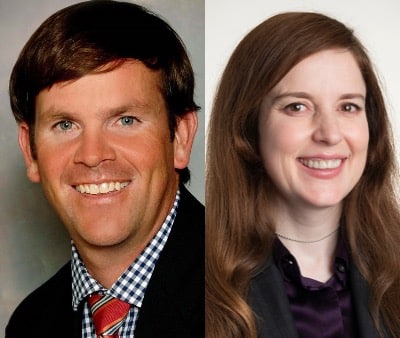 Cherry Hills Country Club is teeing up a new head golf pro for the spring season.

A country club hires a golf pro, a law firm names a partner, and new faces and promotions in real estate, hospitality and construction.