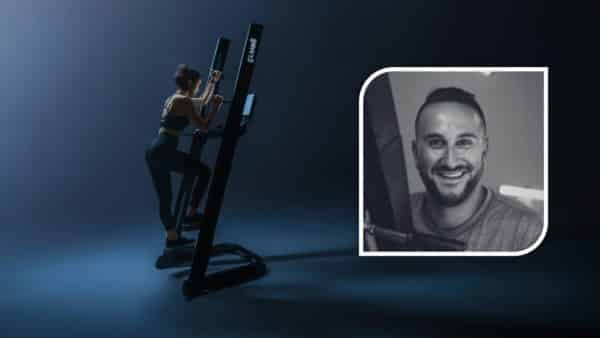 The Corner Beet in Cherry Creek has been uprooted — and fitness equipment is on the way.

Entrepreneur Avrum Elmakis, who opened the vegetarian restaurant at 165 St. Paul St. in 2019, closed it for good in January. He said he’s turning the location into a showroom for CLMBR, his 8-foot-tall workout machine that resembles a stair climber with hand pegs.

“I don’t think it’s a good time to be in the restaurant business,” Elmakis said. “It’s challenging with COVID. But I love the location, and think it will be a great opportunity for the CLMBR brand.”

The Cherry Creek restaurant was a second location for The Corner Beet. The original restaurant at 1401 N. Ogden St. in Cap Hill continues to operate under owner Nikki Hazamy, who opened it in 2014.

Elmakis has experience in the fitness realm, having opened three franchise locations of the fitness studio Rise Nation in Denver in 2018 and 2019.

One is right next to where The Corner Beet operated. Elmakis closed the other two in the Highlands and Denver Tech Center, citing the pandemic. He has converted the Highlands location at 3420 W. 32nd Ave. into a studio for CLMBR, filming tutorial and workout videos for the machine’s user interface.

Elmakis introduced CLMBR to the market in April. The machine uses both the upper and lower body for a high-intensity cardio workout combined with resistance training. CLMBR is being sold to both consumers, as well as commercial gyms.

The startup’s team of 27 employees moved into its new headquarters in two suites totaling 8,000 square feet in the ANB Bank building at 3033 E. 1st Ave. in Cherry Creek last month.

CLMBR is in the middle of a funding round and has secured capital from notable investors such as Jay-Z, Pitbull, Ryan Seacrest and tennis player Novak Djokovic. Elmakis said the round, which will close by the end of April, has already reached north of $10 million.

“The tremendous amount of star power associated with it just further validates that we have a product that’s appealing to the masses,” Elmakis said. “They’re making investments in us because this is very authentic to them. It’s a product they actually use.”

Customers can purchase the climbing machine for $2,500 on the CLMBR website, and come July test it out at the startup’s upcoming showroom or at the B8ta store in Cherry Creek Shopping Center. Products will begin shipping around June, Elmakis said.

“I believe that this is the next Peloton,” Elmakis said.