Good Buy Gear has landed what it hopes will be a key new source of used strollers and the like.

The Arvada-based startup, which buys and resells used baby products, announced this week that it has established a trade-in program with Buybuy Baby, the infant retailer owned by Bed Bath & Beyond.

“We’ve always been supply-constrained as a marketplace, so finding ways to connect with more sellers and, ultimately, partnering with a brand like Buybuy Baby with such a big reach and distribution is the real gain for us,” said co-founder Kristin Langenfeld.

Good Buy Gear, founded in 2016 by Langenfeld and friend Jessica Crothers, has a list of loungers, strollers, carriers, sleepers, bouncers and high chairs that it accepts. Brands include Baby Bjorn, Halo, and Dockatot.

Through the partnership, Buybuy Baby’s online and in-store customers can now mail in or drop off used items at 26 stores in California, New York, New Jersey, Texas and Georgia. They are paid with up to $400 in gift cards to spend at the retailer, depending on the item and condition.

Good Buy Gear, meanwhile, then buys the recycled items from Buybuy Baby and lists them for sale online.

“There are a lot of big-box retailers that just want to pretend like the secondhand market doesn’t exist. But having a big name like Buybuy Baby embracing the circular economy is a big step for us,” said Langenfeld. 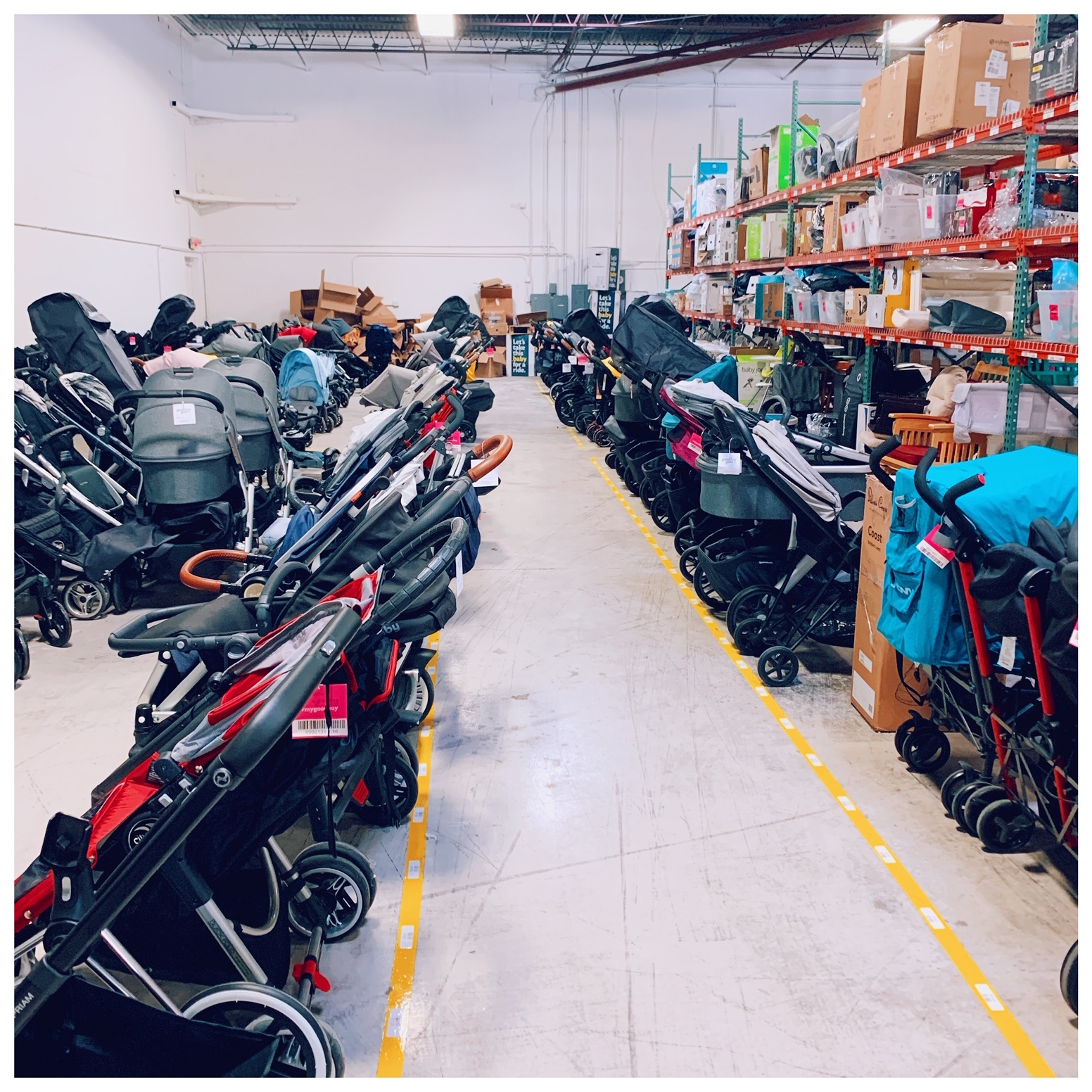 Customers can now drop off old baby items at 26 Buybuy Baby stores throughout the U.S.

The set-up is different from Good Buy Gear’s typical consignment model, in which it resells used items and gives the seller a cut that varies depending on how expensive the item is. For items more than $250, for example, the company takes 20 percent, while for items less than $15, it’s 80 percent.

Up to this point, the company has only operated in the Denver and Dallas areas. Individuals with an item to sell can either drop it off at the company’s local warehouse or pay Good Buy Gear to pick it up.

Langenfeld said she was introduced to Buybuy Baby representatives through a former investor, Be Curious Partners, a firm focused on improving parenthood through technology. The two retailers started a soft launch for the program in November.

Buybuy Baby has 135 stores in the U.S. and Canada, and could expand the program, Langenfeld said.

Nobody puts baby in the corner

The startup has been on a roll since launching five years ago.

After the pandemic hit in March, Good Buy Gear’s revenue quadrupled, and the company ended 2020 above its pre-COVID projections, according to Langenfeld.

The company initially cut expenses by 40 percent out of precaution, but an influx of people cleaning out their homes while stuck inside ultimately led to an increase in supply, customers and sales, the co-founder told BusinessDen. 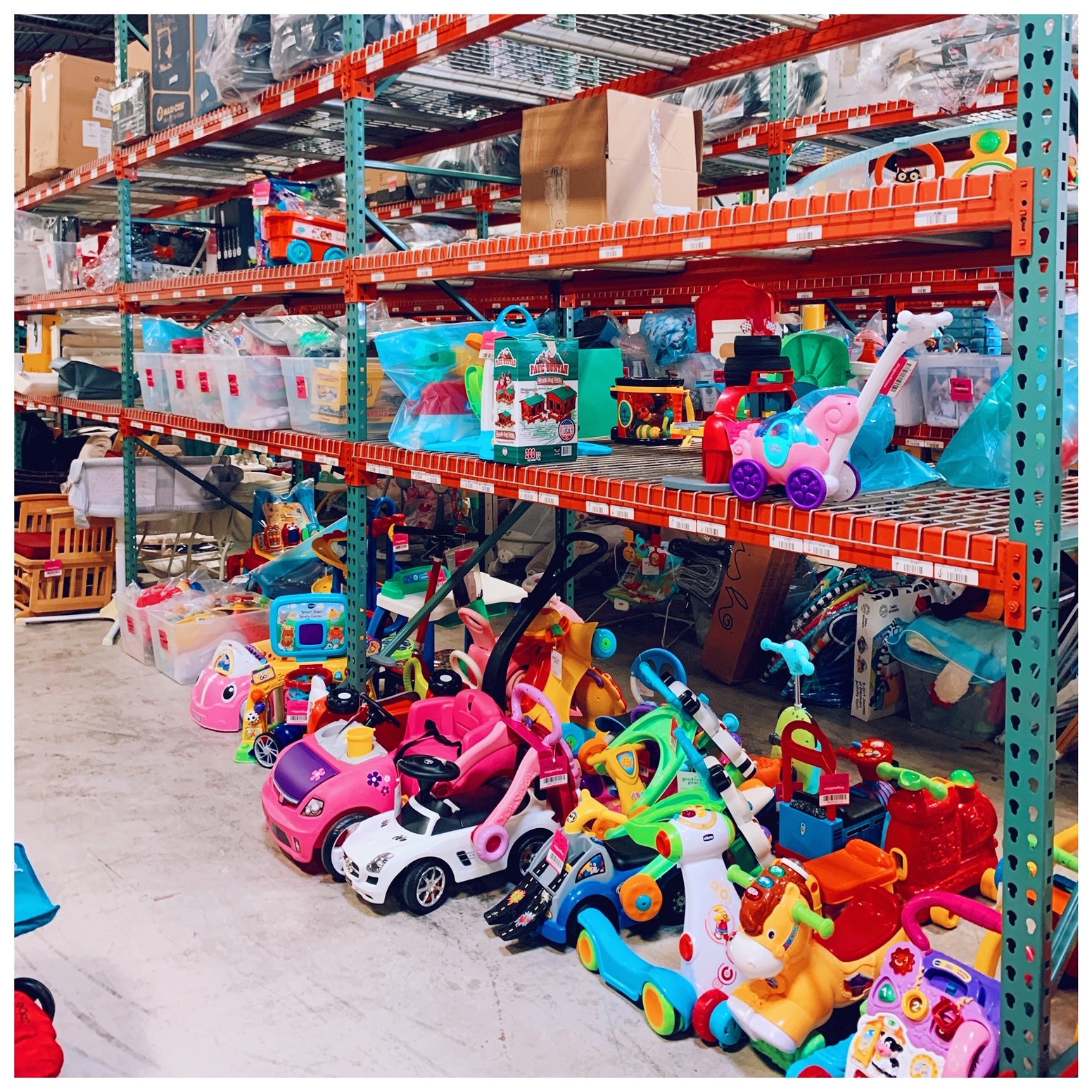 Customers can also drop off old baby items for consignment at Good Buy Gear’s warehouses in Arvada and Dallas.

Langenfeld said part of those funds will go toward another expansion. Good Buy Gear plans to open two more warehouses by the end of 2021. One will be on the East Coast and will open by the end of March, although Langenfeld declined to specify where.

“We are the market leader in the baby and kid gear consignment industry, and this is a massive market,” Langenfeld said. “The goods are built to last for an apocalypse but only used a few times, so there’s a ton of value in them. Ultimately, we do have plans of being a billion-dollar business. We also plan on serving families across the country and acting as a constant reminder that you don’t always have to buy brand new.”