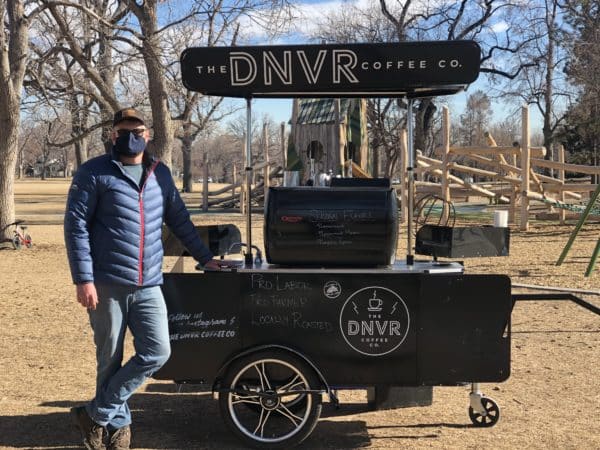 Blake Eatherton didn’t expect his side gig to become a saving grace.

The Aurora native launched a mobile coffee cart called The Dnvr Coffee Co. in April 2019, operating it himself around his day job as a geologist. A year later, the coronavirus pandemic set in.

“When I first came up with the idea I was working on oil rigs doing geosteering,” Eatherton said. “When the pandemic hit and oil crashed, I lost my job along with most other geologists in the state and I started doing this full-time,” Eatherton said.

The 33-year-old said he launched the business because he “wanted to start something that I could build without accruing any debt and could do in my spare time.” He initially spent weekday mornings on the corner of 19th and Blake streets.

When the pandemic caused downtown traffic to plummet, and left him without a day job, Eatherton decided to focus more on the neighborhood scene, and added a second cart.

On the weekend, both can usually be found at Wash Park — one near the playground, and one on the western portion of the outer loop near Center Avenue. During the weekdays, the company typically gets hired by apartment complexes to serve their residents as a perk.

“We don’t want to price everybody out, so that’s why we still offer drip coffee at a low price,” Eatherton said. “But also, I am able to cut out a lot of overhead because of the cart.”

Eatherton said he wanted to offer wages that he “thought were fair necessary to live off in Denver,” so each employee makes $16 an hour, plus tips. The founder eventually wants to provide a yearly salary, similar to other coffee shops around the area, such as Amethyst Coffee, which raised prices 50 percent in August to pay employees $50,000 a year.

“From 16 to 25 I worked in restaurants and retail, so I know what it’s like to earn pretty much as little as possible at a company and try to survive off that,” he added.

Eatherton said that between April 2020, when the company became his full-time focus, and the end of the year, The Dnvr Coffee Co. did five times as much in sales than it did in the same period in 2019. 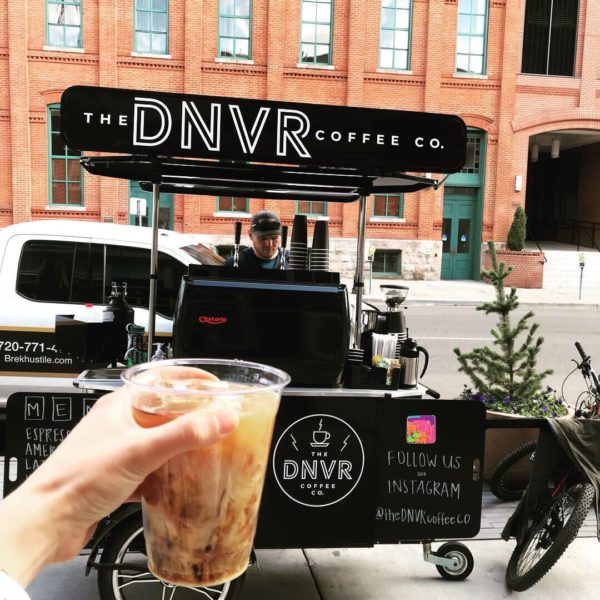 The Dnvr Coffee Co. cart can be found at Wash Park on the weekends.

Eatherton said he invested between $20,000 to $25,000 of his savings to get his initial cart on the street. He purchased it from a Romanian company and attached a lever-operated espresso machine that runs off propane and a 12-volt battery, he said. He also reworked the plumbing and electrical systems and added a hot-water heater for hand washing.

His experience with coffee was limited, but through a deal with Copper Door Coffee Roasters, he was able to practice as a barista at their cafe in Baker, where he now stores his cart at night. The Dnvr Coffee Co. also uses Copper Door’s beans as part of the deal.

Eatherton used to pull the cart around using an electric bike, but now uses a flatbed trailer to transport it, which he said is safer.

In order to get The Dnvr Coffee Co. officially up and rolling, Eatherton had to meet a variety of requirements to obtain a mobile retail license through the city and get a permit for his original LoDo street corner.

He also had to obtain two temporary vendor permits from the city’s Parks & Recreation Department to sell coffee in Wash Park. If he wants to serve at another park, he will need to get another permit for that location.

Other coffee carts like The Dnvr Coffee Co. around Denver include Goodhart Coffee’s cart for catering services and Rambler Coffee Co., which is a bike-pulled cart with pour-over coffee and cold brew options.

Although he said he will always be a geologist, Eatherton is now focused on growing The Dnvr Coffee Co. and not looking for a new industry job. Eventually, he hopes to move his carts into a brick-and-mortar coffee shop.

“I’m not putting a timeline on it right now with this year being so unknown,” he said. “I don’t want to give us constraints or unrealistic goals until we have more of an established revenue stream, as well as know what’s going to happen with the world next year.” 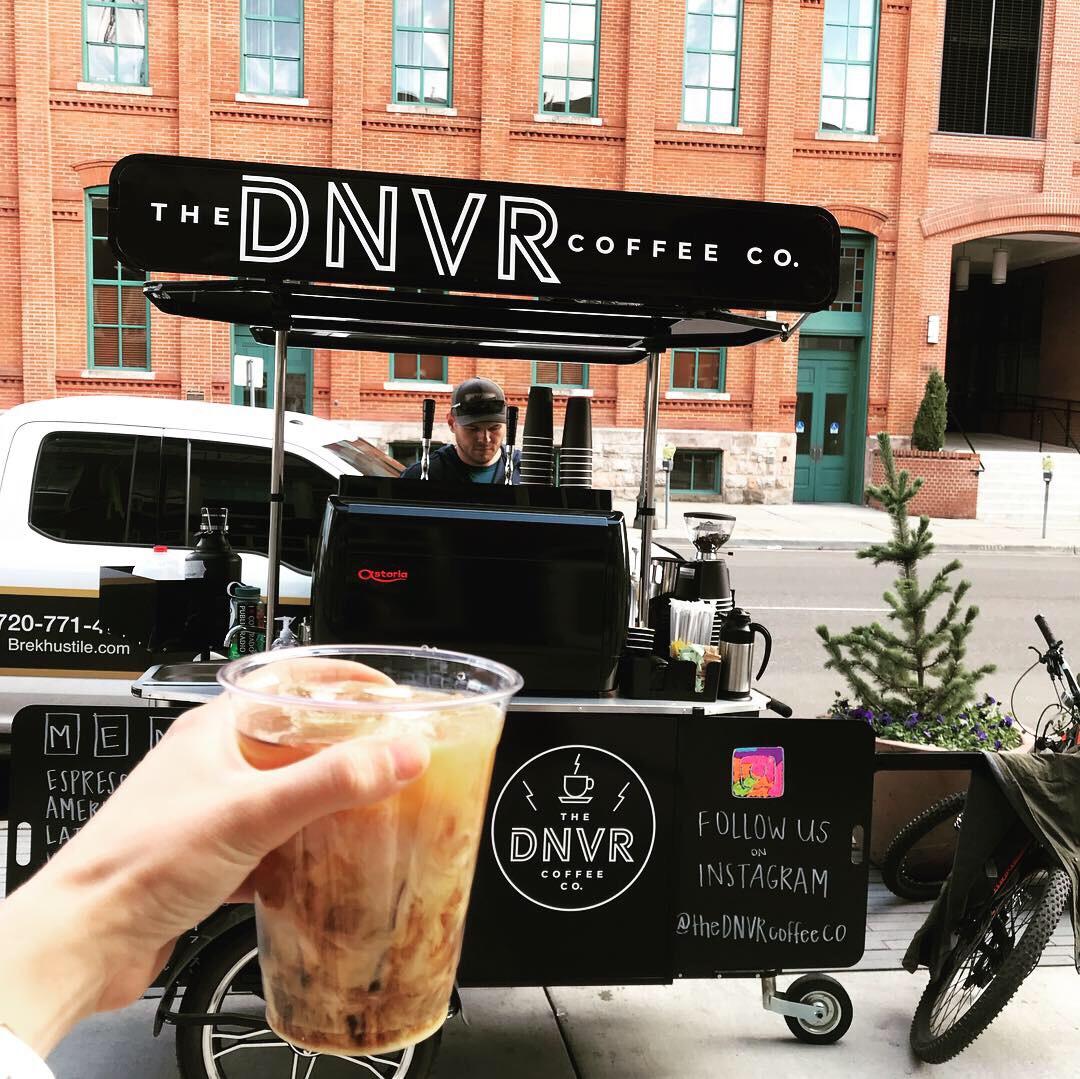 Blake Eatherton’s two The Dnvr Coffee Co. carts can typically be found stationed in Wash Park on the weekends.