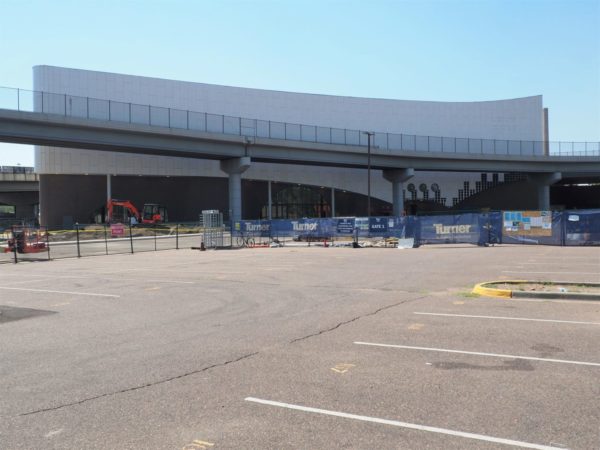 Earlier this week, BusinessDen highlighted the developments expected to be completed this year within the downtown Denver core.

In part two, we’re highlighting office, hotel and museum projects wrapping up elsewhere in the city. We’re excluding multifamily projects largely on these lists because there are so many underway.

The Santa Fe-based artist collective Meow Wolf broke ground on its future Denver home in late 2018. The five-story structure is at 1338 1st Ave., rising above the viaducts that form the Interstate 25/Colfax Avenue/Auraria Parkway interchange. It is developed by Denver-based Revesco Properties and leased to Meow Wolf.

The company, which in addition to Santa Fe also has a permanent installation in Las Vegas, expects to open the Denver location in late 2021. 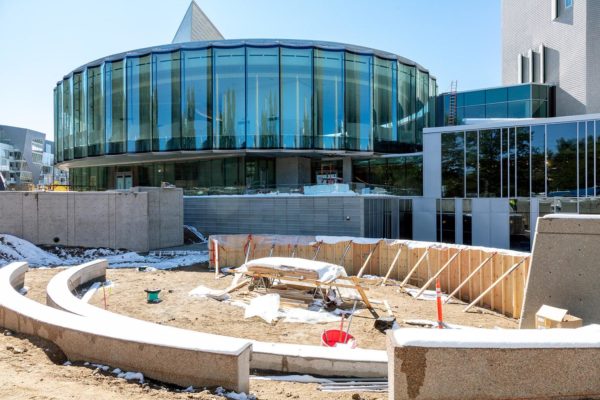 The exterior courtyard along with the Lanny and Sharon Martin Building and the Anna and John J. Sie Welcome Center at the Denver Art Museum. (Courtesy of Jeff Wells/Denver Art Museum)

The Denver Art Museum plans to open its newly constructed Anna and John J. Sie Welcome Center and debut its renovated North Building — which is being renamed the Lanny and Sharon Martin Building — later this year, according to the museum’s website. 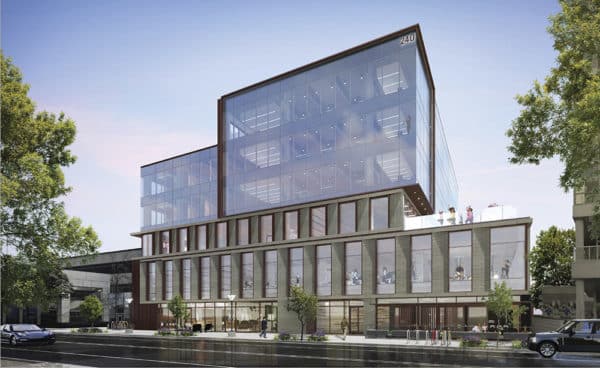 A rendering of the planned structure at 240 St. Paul St. (BusinessDen file)

Denver-based BMC Investments broke ground in June on a six-story, 76,000-square-foot project at 240 St. Paul St., which will have both office and retail space. Equinox is taking space in the building for its first gym in the state.

BMC CEO Matt Joblon told BusinessDen in December that the project is expected to be completed by July 1. 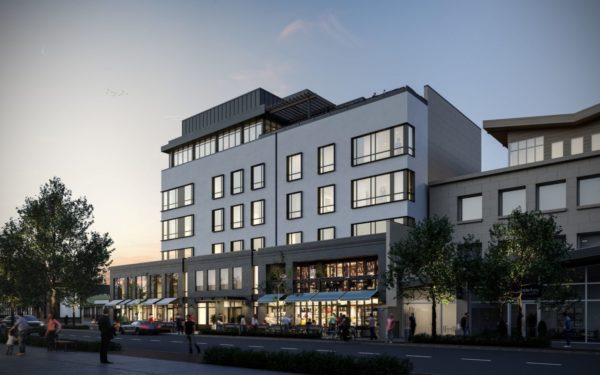 A rendering of The Clayton. (BusinessDen file)

BMC Investments is also renovating and adding on to the former Inn at Cherry Creek building at 233 Clayton St. It is expected to reopen in March as The Clayton, which Joblon previously described as a hotel that will also offer “a new type of social experience.”

In addition to its 63 hotel rooms, the property will also have a pool, ballroom, meeting rooms and seven bars or restaurants. Partners in the project with BMC are Chicago-based Aparium Hotel Group, which will operate the hotel, and Rich Warnick. 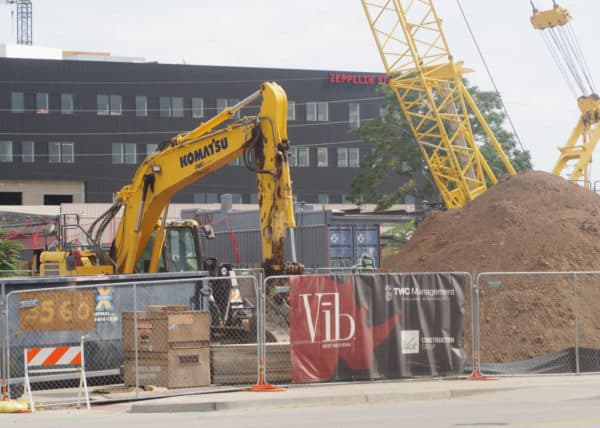 The Vib hotel under construction at 3560 Brighton Blvd. in September. (BusinessDen file)

Englewood-based TWC Management began work on a Vib hotel at 3560 Brighton Blvd. in September. Vib is a hotel brand from Best Western. A September Best Western news release said the hotel is slated to open in the fourth quarter of this year. 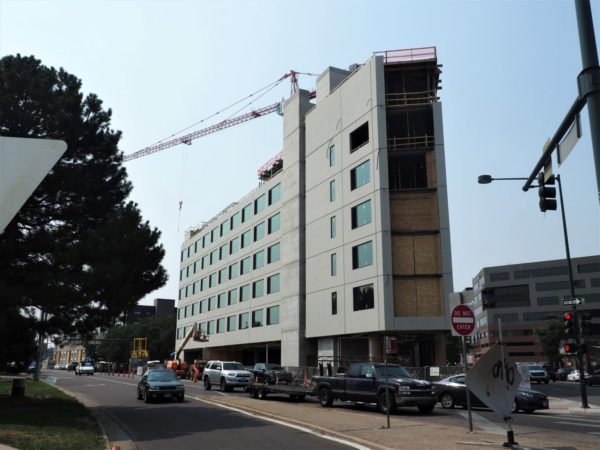 The view of the Catbird hotel looking south under construction in August. (BusinessDen file)

The seven-story Catbird hotel is being developed at 3770 Walnut St. by Sage Hospitality Group, Walnut Development Partners and EXDO Development, all Denver-based firms. A Sage spokeswoman said the 165-room hotel is expected to open in the early summer. 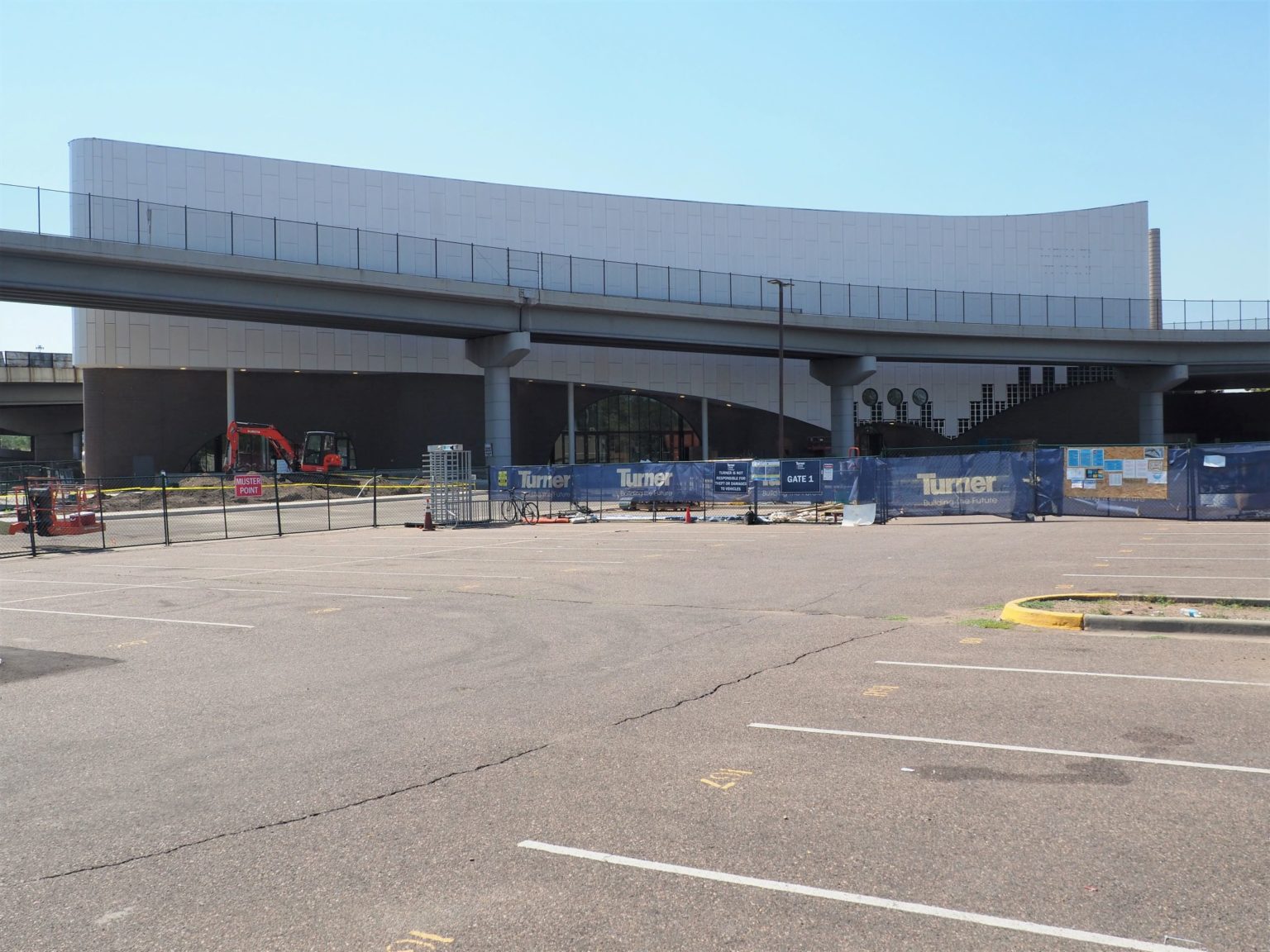 From Meow Wolf to The Clayton, here are the office, hotel and museum projects wrapping up outside the downtown core.