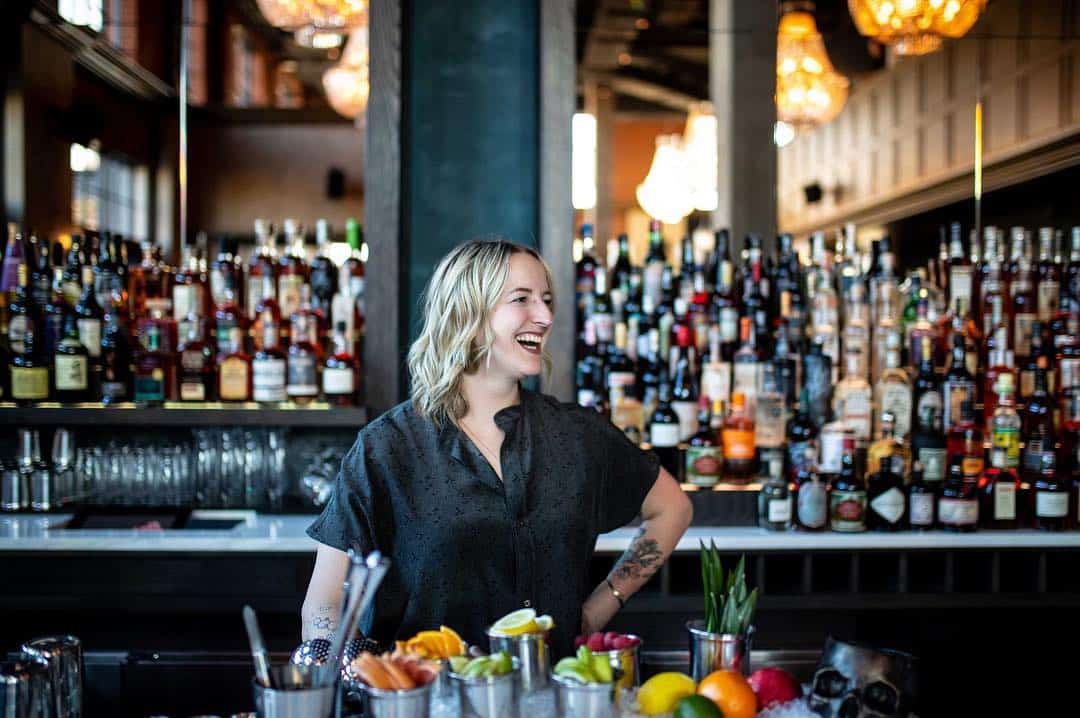 Alex Jump, Death & Co.’s head bartender, was the only current Coloradan to make Forbes magazine’s “30 under 30” list this year. (Courtesy of Death & Co.)

One individual residing in the state — head bartender for the Death & Co. cocktail bar in RiNo —  made the list, although a few others either grew up in Colorado or attended college here, according to their bios.

It was a big drop from last year’s list, which featured 15 people who lived in Colorado and/or lead Colorado-based companies.

The magazine said the annual feature, which was released on Dec. 1, chronicles “young entrepreneurs, activists, scientists and entertainers … who provide millions of reasons to believe in a better tomorrow.”

Entrepreneurs were selected from across the United States and Canada. The feature is broken down into 20 industry-specific lists, ranging from “food and drink” to “venture capital” and “healthcare,” which means 600 people are chosen.

Here are the individuals whose “30 under 30” profiles indicated a clear connection to Colorado:

Partial description: “After moving to Denver, Alex Jump joined the opening team of Death & Co. Denver in 2018 as the head bartender. She’s an award-winning bartender originally from Chattanooga, Tennessee who was nominated for 2020 Tales of the Cocktail Bartender of the Year.”

Partial description: “Gabe Kennedy grew up in Boulder, Colorado where he developed an affinity for plant-based nutrition, sustainability and alternative medicine from an early age … During a hike in early 2017 with Hudson Gaines-Ross, a cofounder of RISE Brewing Co., they discovered that they both had undergone surgeries after traumatic spinal injuries. The traditional pharmaceuticals they were both prescribed left them dissociated and irritable. They then decided to launch their own CBD-based supplements brand, Plant People, which today sells 13 products, from infused olive oil to sleep drops and face masks.”

Colorado connection: Graduated from the University of Colorado Boulder

Partial description: “Kevin Martin, who has a mechanical engineering degree from the University of Colorado Boulder, is co-founder of unspun, a tech-enabled apparel company that uses 3D scans to manufacture perfect-fitting 3D woven jeans for consumers on-demand, eliminating pattern-cutting waste and unsold inventory.”

Partial description: “Howard, 29, is a senior product manager at Amazon leading new features and projects for the retail giant. As president of Amazon’s Black Employee Network, she drives initiatives to support community organizations to promote equity.”

Alex Jump, Death & Co.’s head bartender, was the only current Coloradan to make Forbes magazine’s “30 under 30” list this year. (Courtesy of Death & Co.)

The Centennial State had less of a presence this year than last, but the head bartender for Death & Co. in RiNo made the cut.