Inscripta is developing what it calls the “Onyx Platform” for gene editing researchers. (Courtesy of Business Wire)

Colorado startup funding was back on track last month.

According to a tally of Form Ds filed with the SEC in November, 26 startups around the state raised a total of $211 million, close to November 2019’s $212 million raised by 32 startups.

It’s also a steep jump from the $42 million raised by 25 startups in October 2020.  (You can see our sortable spreadsheet here.)

Technology startups around Colorado accounted for the majority of funds in November with a total of $123.8 million among 13 deals. Boulder startups lead the way with $100 million among seven deals. Startups outside of Boulder and Denver raised $88 million, and Denver startups garnered $22.7 million.

Here are some highlights from November:

Boulder-based Inscripta, which specializes in genomic engineering, raised $58 million from eight investors last month, including one who purchased $8 million in options to buy stock in the future, according to SEC filings.

Genomic engineering or “gene editing” is the process of adding or removing aspects of a living organism’s genetic blueprint to purposefully create mutations. It is seen by some as having the potential to cure genetically-driven diseases such as cancer, but remains up for debate within the medical community.

Inscripta is developing what it calls the “Onyx Platform” for gene editing researchers to transform the capabilities of design, engineering, evaluation and tracking results of these experiments, according to its website.

Since it was founded in 2015, the startup has raised more than $259 million in capital, including a $125 million Series D raise last year to start selling the platform.

In October, Inscripta hired as its CEO Sri Kosaraju, who was previously president of a California-based medical device company. He succeeded Kevin Ness, who remains on the company’s board after serving as president and CEO for four years.

Scythe Robotics is building robots “to tackle challenges in outdoor environments,” according to its LinkedIn. (Courtesy of Scythe Robotics)

A Longmont-based startup raked in its largest recorded fundraising amount since it launched in 2018, according to SEC filings.

Scythe Robotics, which specializes in “building autonomous robots to tackle challenges in unstructured outdoor environments,” according to its LinkedIn, raised $13.9 million from four investors. It previously raised just under $750,000 in 2018.

The startup has little to no information on its website outside of a logo and contact information.

Scythe Robotics did not respond to a request for comment.

Collective Retreats, a glamping company based in Denver, closed a $5.2 million funding round last month.

The local startup, which launched in 2015, has luxury tent clusters in six locations, including Vail, Yellowstone, Governors Island in New York and a ranch in Wimberley, Texas. Each location offers safari tents with a king bed, gourmet chefs and spa services, according to its website.

Collective previously raised $5 million last year and $560,000 in 2016, bringing the company’s total to around $10.8 million, according to SEC filings. 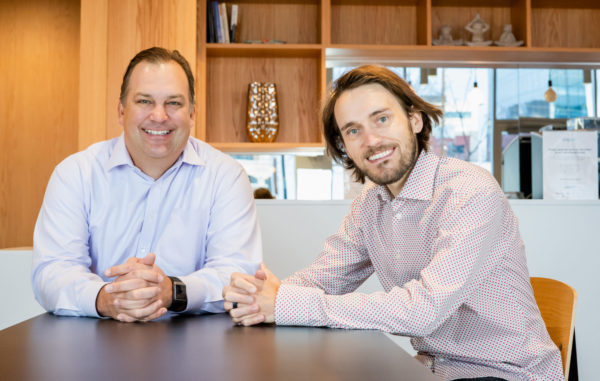 Highwing, which started as a subsidiary under Kansas-based IMA Financial Group in 2018, raised $4 million in capital in November to break off from the insurance broker as a separate company.

The startup was founded by Denver Startup Week founders and entrepreneurs Erik Mitisek and Jay Zeschin. It specializes in open data software that can help speed up the workflows of commercial insurance brokers and carriers. Mitisek and Zeschin told BusinessDen last month they wanted to bring the insurance industry into the 21st century.

Highwing’s investment round was led by a middle-market subsidiary of Florida-based BRP Group Inc., a growing independent insurance distribution firm, and Iowa-based BrokerTech Ventures, a broker-led platform for innovation. There was also participation from local investors, such as Greenwood Village-based Holmes Murphy insurance brokerage, Denver-based SpringTime Ventures and Service Provider Capital, among others.

In addition to breaking off from its former parent company, Highwing plans to use the funds to double its team of 12 employees over the next year and a half.

Inscripta is developing what it calls the “Onyx Platform” for gene editing researchers. (Courtesy of Business Wire)