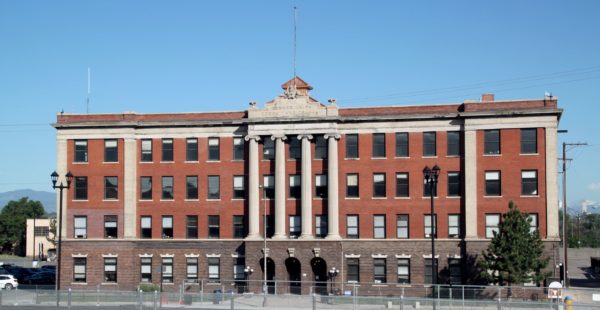 The east wing of the Livestock Exchange Building dates to 1916. (Photos courtesy of the National Western Center Authority)

Public agencies have been leading redevelopment of the National Western Center campus in north Denver.

But a pair of local real estate firms have found their way in, with plans to revitalize a century-old building that once served as a hub of the regional livestock industry.

On Monday, EXDO Development and Elevation Development Group, both based in Denver, purchased the former Livestock Exchange Building at 4701 N. Marion St. in conjunction with two nonprofit organizations, the Colorado Cattlemen’s Association and the National Western Center Authority.

The new owners, who made the purchase under the name LEB Alliance LLC, paid $8.5 million. They bought the building from the city, which purchased it in early 2019.

Julie Smith, spokeswoman for the city’s finance department, said Denver paid $11.5 million, but that the deal also included an additional acre of land that was not part of Monday’s deal. 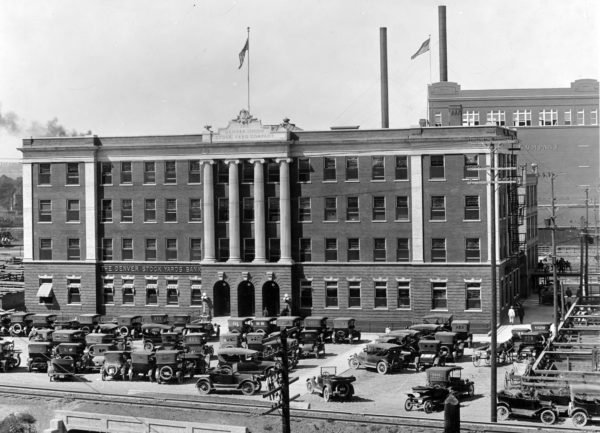 An historic photo of the Livestock Exchange Building.

The Livestock Exchange Building is one of few remaining structures within the broader National Western campus that remains from the time that the Globeville and Elyria-Swansea neighborhoods were the epicenter of the region’s livestock industry.

Offices within the building served the financial, administrative and regulatory components of the industry. The nonprofit Denver Livestock Exchange oversaw livestock sales at the stockyards from its offices in the building from 1906 to 1962. A second-story hall still features a chalkboard where livestock prices were listed. The Colorado Brand Inspection Board was a tenant for more than a century, from 1906 to 2015. 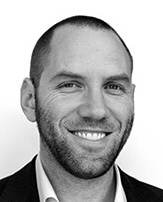 A string of restaurants and bars also operated in the structure. One is still there, the Denver Stockyard Saloon. Its lease is unaffected by the sale.

The building consists of three wings. The central wing dates to 1898. The east wing, whose columns make it most visually notable, was added in 1916. The west wing, home to the saloon, was completed in 1919.

Andrew Feinstein, CEO of EXDO Development, estimated the wings add up to about 70,000 square feet.

The buyers said in a statement they plan to renovate the building for use as office and meeting space, targeting food and agriculture-related organizations that will mesh with the future of the surrounding area.

The National Western Center is primarily known as the home of the National Western Stock Show, the livestock show and festival held each January. But the complex is being redeveloped with the goal of becoming a year-round tourism, event, educational and agricultural center. 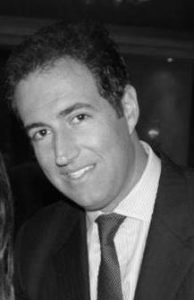 Besides the building that sold Monday, the other properties within the National Western Center are owned by the city, stock show and Colorado State University, which is building a “spur campus” at the site.

The building hasn’t been sitting vacant. The quasi-governmental National Western Center Authority — which operates and promotes the broader complex — has had its offices in the east wing since May 2019. Contractor JE Dunn Construction, which is doing work nearby, has temporarily taken space as well.

Also moving in will be the second nonprofit involved in the purchase, the Colorado Cattlemen’s Association. The organization, which advocates on behalf of the state’s beef industry, was based out of the building for much of its history — including 41 straight years starting in the 1940s — and will be returning.

Feinstein, of EXDO, said the east wing is in “relatively good shape,” but the central wing “needs to be completely renovated.” He and Farber declined to discuss the anticipated costs.

Feinstein noted the building is in an Opportunity Zone, and fits into his firm’s “extended downtown” approach, which targets distressed opportunities on the outskirts of the city. And it offered a way into a broader redevelopment effort that Feinstein sees as “catalytic.”

On a more personal level, Feinstein said, his great grand-uncle Leon Hattenbach was once head of the local grocers union, and would take meetings in the building.

“I was really excited and enamored by the opportunity to take over that asset,” he said.

The property is also nearly two acres, including a large parking lot, which means there’s the potential for development. Farber said that will become more clear as the surrounding development gets completed.

“There are going to be uses that are necessary to be there … Whether it’s residential or hospitality, it’s a little too early to evaluate that,” he said.

EXDO and Elevation previously partnered on the development of RiNo office building The Hub, ultimately selling to Boston-based Beacon Capital Partners to do the actual construction. And they’re working together on plans to build housing and a grocery store on a block in RiNo. That project has yet to break ground, although the associated road work is beginning.

Editor’s Note: This story was updated after initial publication to include the price the city paid for the building and surrounding land in 2019. 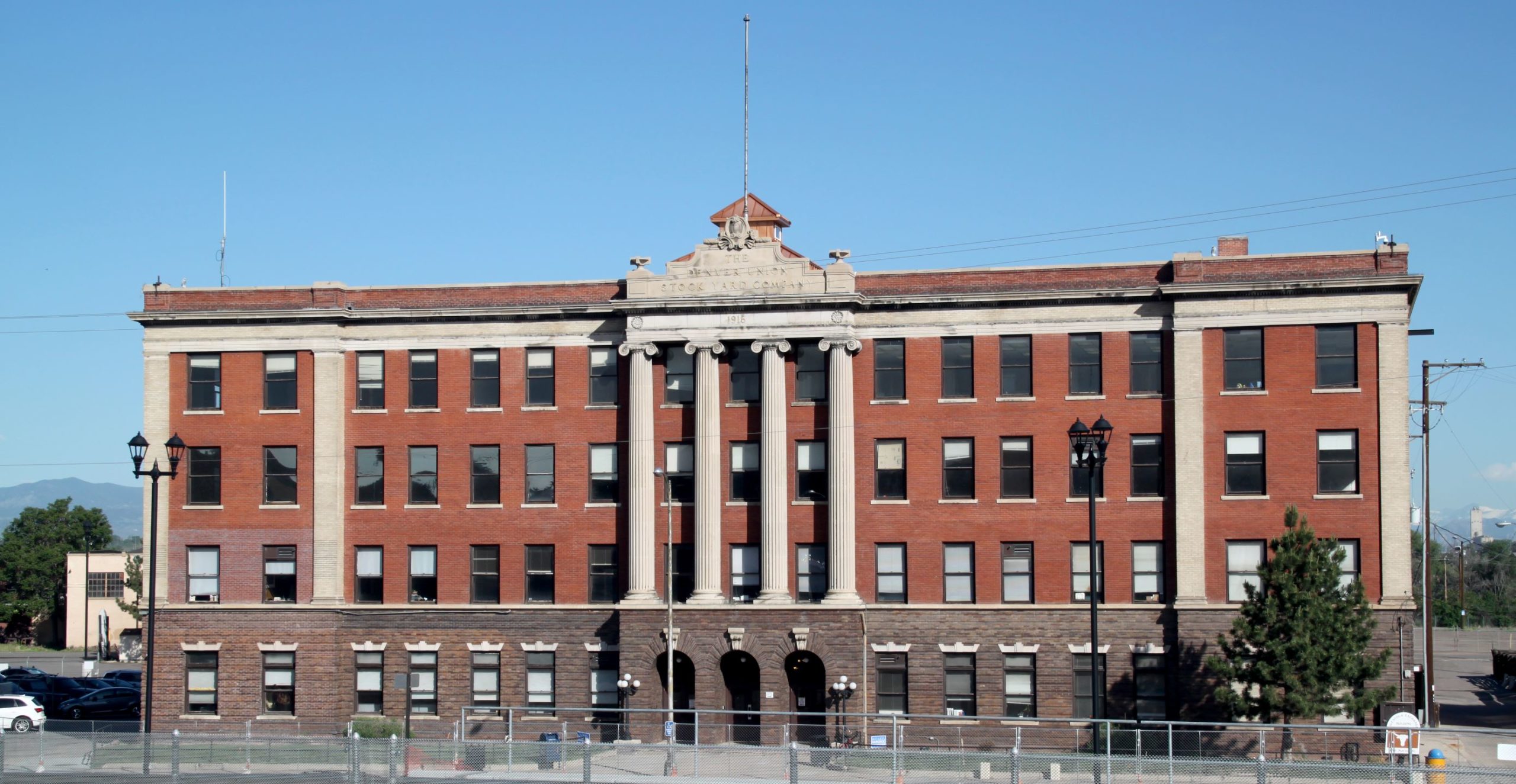 The east wing of the Livestock Exchange Building dates to 1916. (Photos courtesy of the National Western Center Authority)

Public agencies have been leading redevelopment of the area. But a pair of Denver real estate firms have found their way in.