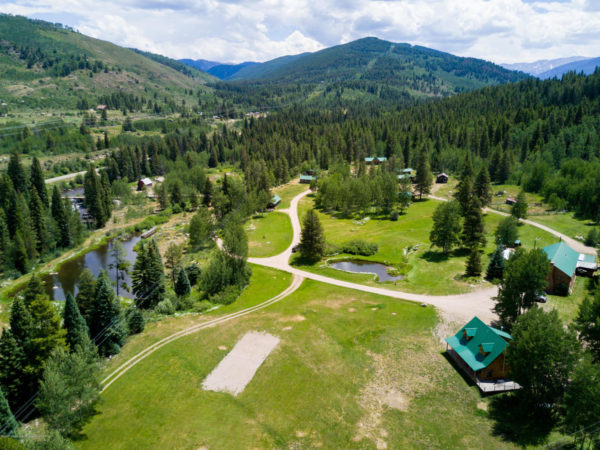 An overhead view of the the Diamond J Ranch on 32 acres in Meredith near Ruedi Reservoir. (Photos courtesy of Beyul Retreat)

Convinced Coloradans need to rejuvenate and reconnect with nature, two business partners new to real estate are betting $4 million that they can turn around a remote, underperforming dude ranch 40 miles from Aspen.

Aspen residents Abby Stern and Reuben Sadowsky this month paid $3 million for the Diamond J Ranch on 32 acres in Meredith near Ruedi Reservoir. The two raised $4 million from investors to buy and renovate the ranch into Beyul Retreat, a remote retreat center where guests can escape everyday stress. 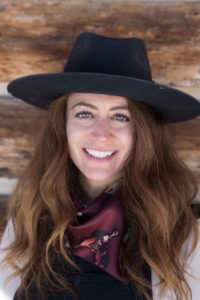 Stern, a 29-year-old Georgia native, grew up visiting her aunt and uncle in Vail and fell in love with the area, moving to Aspen after graduating from the University of Georgia in 2013. She soon landed a gig as the director for an Aspen-based wellbeing organization that hosted yoga events but saw a need for a nature-based retreat center. She got the idea last October and didn’t let COVID-19 derail her dream.

“I was running a yoga retreat company, and we were selling out retreats,” Stern said. “There’s no venue here in Aspen, or in the Roaring Fork Valley at all. So, we were renting out the Aspen Institute or the St. Regis — these large hotels. And there wasn’t a place submersed in nature where we could gather all together. There was a hole in the market.”

Stern shared her vision last fall with Sadowsky, a long-time friend with a background in event marketing and an interest in extreme sports. The two then made a handshake agreement to become business partners and targeted a residential ranch in Redstone. But it sold one day later, Stern said.

Plan B was Diamond J Ranch, a remote property that had been listed on and off for about three years.

Stern said the Texas-based owners visited just a few times per year and left a “skeleton crew” of three to do everything from cleaning to cooking to booking, which was done completely by phone. Diamond J’s old owners didn’t use booking sites or social media, she said.

Stern and Sadowsky set their sights on the 93-year-old ranch and are confident they got a good deal. Unlike past owners, all 10 of its employees have a connection to the community and eight live on site.

“The fact that it was zoned commercial in Pitkin County was a big deal for us,” Stern said. “There is some available land, but it is zoned private single-family. Something like this wouldn’t have been able to be built today. We also value the remote location for guests to be able to disconnect from technology and reconnect with nature.”

The ranch boasts 1,700 feet of riverfront on the Frying Pan River and is just minutes from the Ruedi Reservoir, where guests can paddleboard, sail and rock climb in the summer. Winter attractions include backcountry skiing and avalanche training, cross country skiing, snowshoeing and snowmobiling, and yoga retreats are offered year-round. 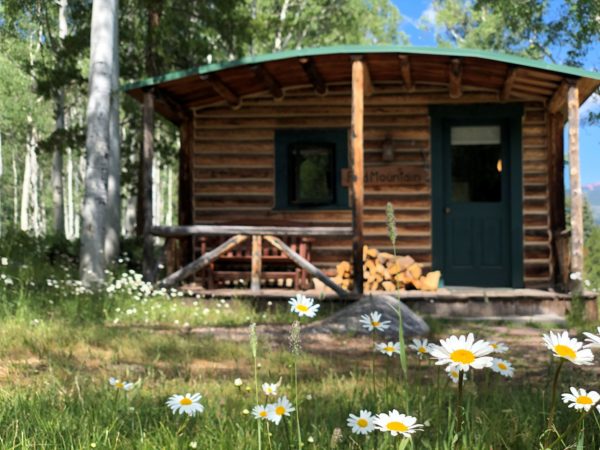 A cabin on the Diamond J Ranch property in the Roaring Fork Valley.

Stern plans to charge between $150-$600 per room per night, and the retreat center offers three meals for $120 a day. There’s no direct competition for Beyul Retreat in the Roaring Fork Valley, Stern said, which is why she founded the retreat center.

Stern said safety precautions are in place and noted that the firm’s 15 cabins spread across the property make social distancing easy.

And for contactless, pandemic-proof food delivery, Stern and Sadowsky got a miniature donkey named Pinto to make trips to cabins from the lodge’s kitchen. Beyul Retreat’s chef, who grew up with donkeys, is Pinto’s owner and managed to find jobs for himself and his pet. The donkey won’t be on the payroll, but at least he won’t be on the menu.

Stern started hunting for investors in June and found 11 — including friends, family and high net-worth individuals in the area — to go in on the deal. A local bank considered backing the deal before bailing based on what Stern said was perceived weakness in the sellers’ financial background and risk in the remote location of the ranch, though Stern and Sadowsky believe that feature is the property’s strength.

Zach Frisch, a Denver investor with previous experience in mountain town RV parks, has invested six figures in the deal. He met Stern about three years ago at a conscious capitalism event and though the two only had a few conversations, Frisch said it only took him a few minutes to decide to invest after hearing about it.

“When I saw the opportunity to buy this ranch for a health and wellness retreat, everything just sort of clicked, and a light bulb went off, and I was super excited to be able to do it again,” Frisch said.

The pandemic created a mental health crisis that accelerated and amplified the need for Beyul Retreat’s programs, Frisch said, adding that many are re-evaluating their lives and priorities amid the stress and fear this year has brought.

But the trend of experiential stays will outlast COVID-19, Frisch said, as people search for personal growth and retreat in an ever-connected world. Beyul Retreat hopes to follow the mold of the Esalen Institute, a Big Sur, California-based retreat center that offers seminars and workshops.

“I believe a lot of people in America may have material wealth, but they’re living unhappy lives,” Frisch said. “This intentional community can be a way to live sustainably through minimalism.”

Guests will be able to disconnect at Beyul Retreat. But Stern said the center’s slow internet has taught her patience, as it can make connecting with new clients a challenge. 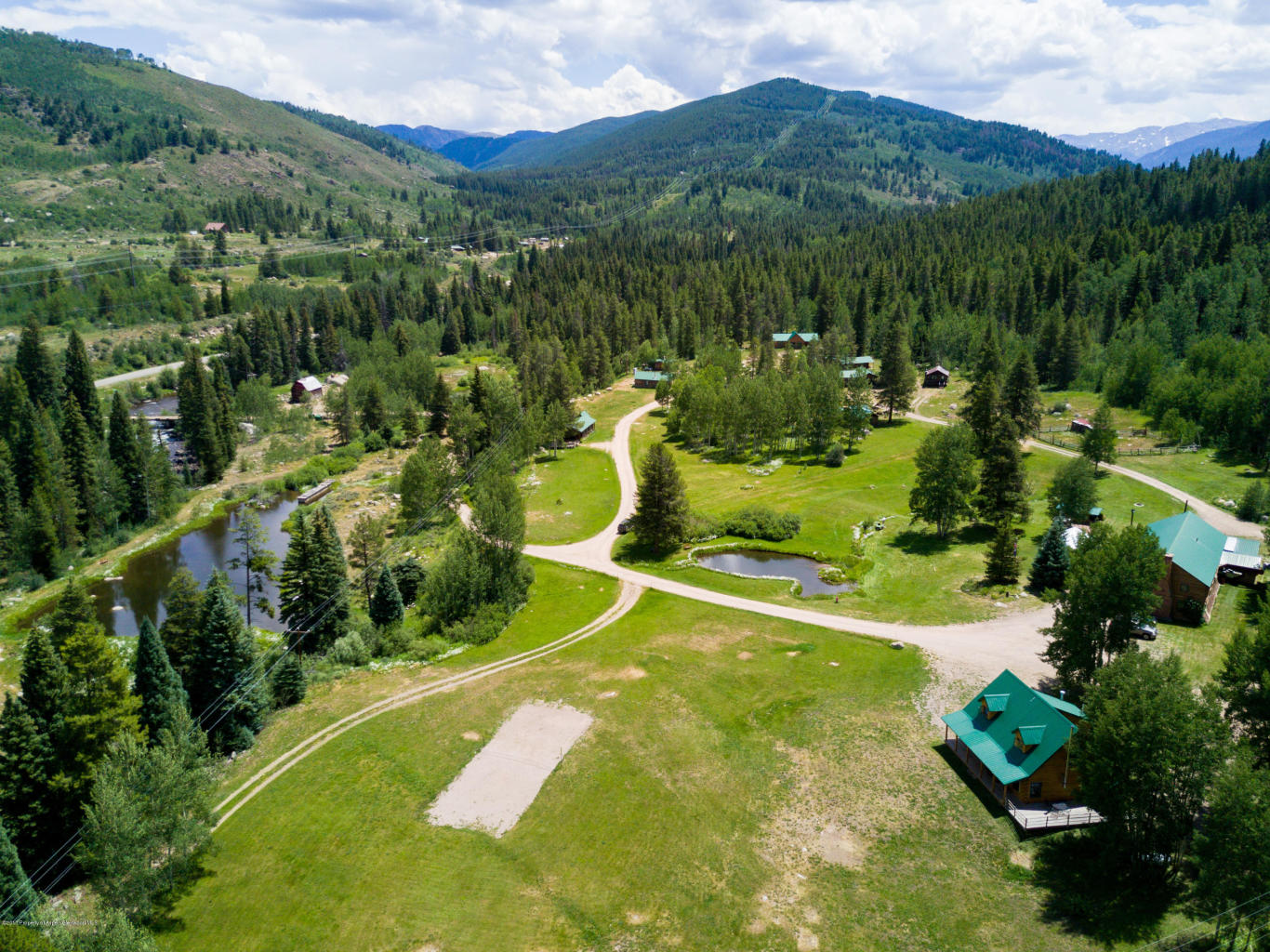 An overhead view of the the Diamond J Ranch on 32 acres in Meredith near Ruedi Reservoir. (Photos courtesy of Beyul Retreat)

“I was running a yoga retreat company, and we were selling out retreats. And there wasn’t a place submersed in nature where we could gather all together,” said one of the co-founders.