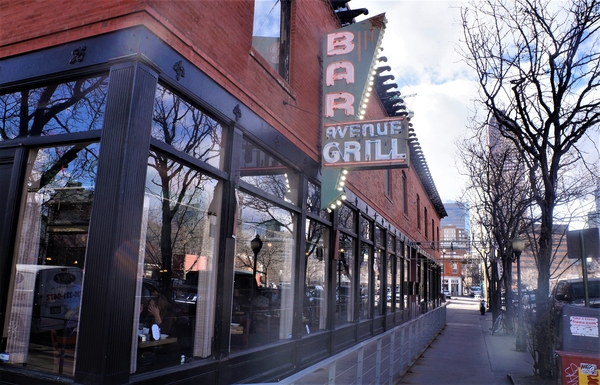 The Avenue Grill has been serving Uptown since 1988. (BusinessDen file)

After more than three decades in Uptown, The Avenue Grill has permanently closed.

The bar and restaurant at 630 E. 17th Ave., which has been around since 1988, never reopened after the pandemic shutdown in March. And its assets, which include a long-term under-market lease, fixtures and a liquor license, went up for sale this month.

Broker Mark Valente of Denver-based Sanborn and Company, who is listing the 3,800-square-foot space, said the closure is a result of the worsening pandemic and owner Bill Ferguson’s looming retirement.

“Bill has owned several other restaurants that he’s sold prior to this and is looking toward retirement, and this was just one piece of that,” Valente said. “Unfortunately, the timing of the pandemic made it happen sooner rather than later.”

Ferguson, whose company Basic Food Group operated the restaurant, did not respond to a request for comment.

The Avenue Grill billed itself on its website as “a traditional San Francisco-style neighborhood restaurant” with decor “reminiscent of the supper clubs of the 30s and 40s.”

Ferguson owned the two-story Uptown building for 30 years before selling it to Boulder-based Palmos Developmentfor $2.2 million last year, according to property records. Avenue Grill occupies more than half the building’s first floor.

“We’ve had a lot of interest so far,” Valente said. “I think there’s some value in keeping the longstanding legacy of Avenue Grill with the iconic sign, and it’s just a great location with an under market lease. But a new identity and new operator could also thrive there after the pandemic.”

The Avenue Grill has been serving Uptown since 1988. (BusinessDen file)

The bar and restaurant and its assets, which include a long-term under-market lease, fixtures and a liquor license, went up for sale this month.