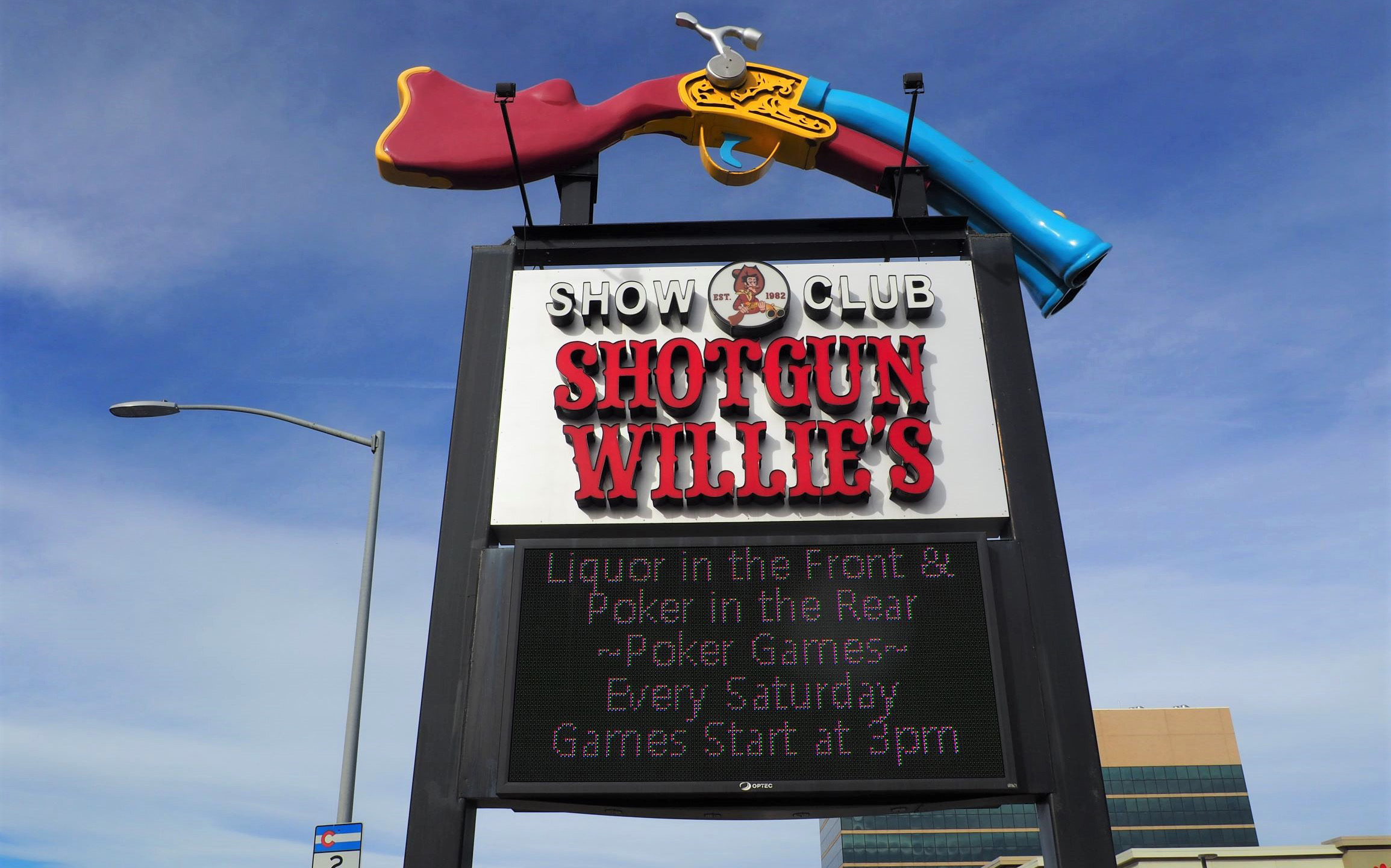 Glendale strip club Shotgun Willie’s has filed for Chapter 11 bankruptcy, citing restrictions on business put in place due to the coronavirus pandemic.

Bavaria Inn Restaurant Inc., the owner of the strip club at 490 S. Colorado Blvd., said in a Wednesday filing that it owes more than $1 million and has assets totaling between $500,000 and $1 million.

Deborah Dunafon signed the bankruptcy filing as president of Shotgun Willie’s. She opened the strip club in 1982, according to its website.

In response to requests for comment, an attorney representing the business issued a statement.

“We believe this action gave us the only chance of surviving in this uncertain climate and was unfortunately unavoidable,” Shotgun Willie’s said in the statement. “After being shut down previously on March 17, 2020 through May 26, 2020 as a result of Executive Orders issued in response to the spread of COVID-19, the club has attempted to operate despite ongoing restrictions. Recent developments are forcing another imminent closure; accordingly, our survival depends on the protections provided by the law in a reorganization context.” 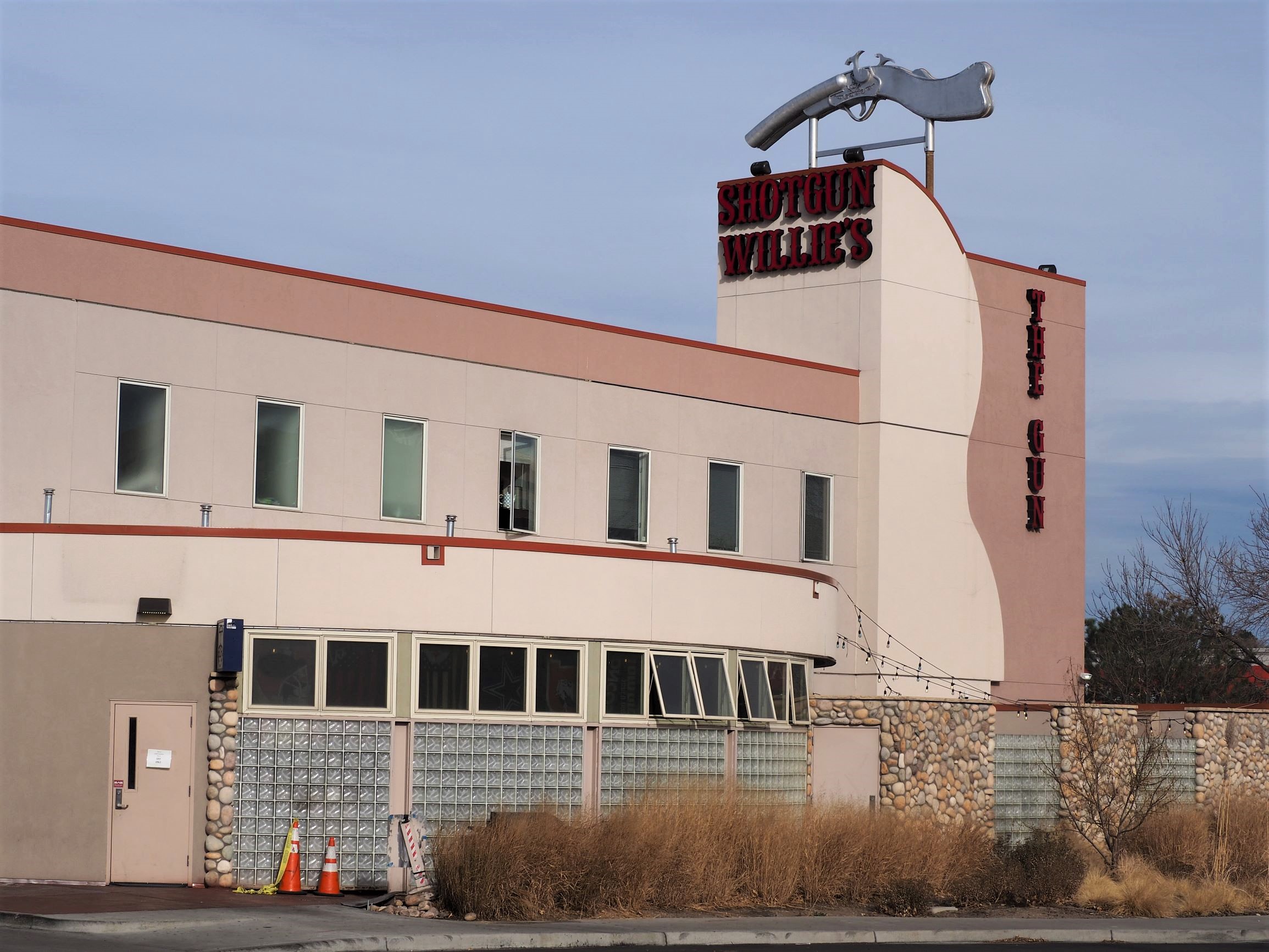 The strip club is located at 490 S. Colorado Blvd. in Glendale.

In recent months, Shotgun Willie’s has been open, with dancers wearing face masks, according to photos on the club’s Facebook page. But the state announced Tuesday that numerous Colorado counties would see more restrictions due to a rise in coronavirus cases.

It’s not the first time that the impacts of restrictions on strip clubs has made news. In July, Player’s Club, which is located in Adams County, sued the state arguing “eroticism requires less distance” after it was told to keep strippers 25 feet away from customers. The suit was dropped when Player’s Club agreed to alternative safety measures, including installing Plexiglass around all stages.

Entities filing for bankruptcy are asked to list their 20 largest creditors. Shotgun Willie’s said in its Wednesday filing that it owes a total of $1.04 million to those creditors.

The largest creditor by far is Coal Creek Partners LLC, which owns the club’s real estate and is owed $750,000 for unpaid rent, according to the filing. The only other six-figure creditor is Mount Vernon Management Inc., owed $112,335 for “management fees.”

Dunafon is married to Glendale Mayor Mike Dunafon. She owns 53 percent of Shotgun Willie’s, according to filings. Eleven other individuals also own a stake. Ralph Riggs of Denver is the second-largest owner, with an 18 percent stake.

Dunafon also owns the cannabis dispensary next to the strip club, where you can purchase the Dunafon Diesel strain named after her husband, according to Westword.

Attorney Jeff Weinman of Weinman & Associates is representing the company in bankruptcy proceedings.