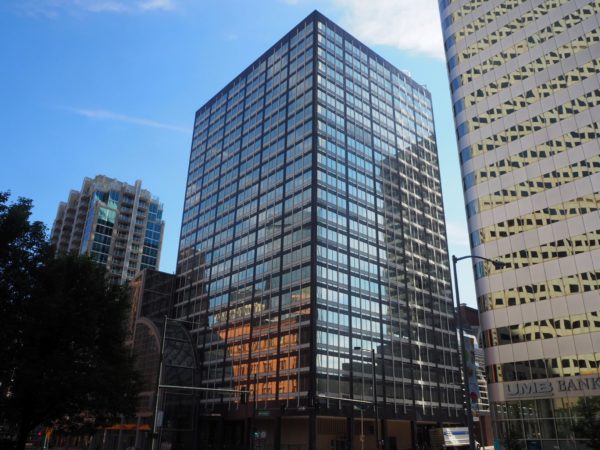 The Bay Area-based tech company, which went public in September, has found a permanent home for its Denver office.

The cloud-based data warehousing company in recent weeks leased one floor in the 1700 Broadway office building — about 20,000 square feet, according to sources familiar with the deal.

The company’s Denver employees have been working just across the street, in the WeWork within the Wells Fargo Center, at 1700 Lincoln St.

Snowflake declined to comment for this story. In September 2019, a company official told the Denver Business Journal that Snowflake had 80 employees working out of the WeWork, and that it expected to have 300 local employees by the end of 2020.

Snowflake, founded in 2012, priced its initial public offering at $120 a share, raising $3.4 billion. Shares ended their first day of trading up 112 percent.

Boston-based Beacon Capital Partners purchased the 22-story building at 1700 Broadway in 2019 for $78 million.

The cloud-based data warehousing company’s Denver employees have been working in the WeWork across the street.