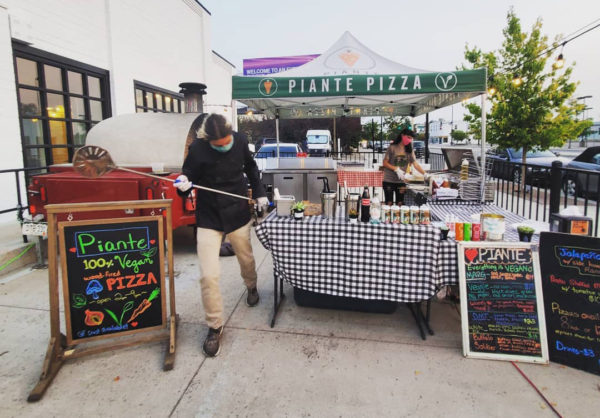 After a year of successful pop-up locations around Denver, Piante Pizzeria has found a permanent home along South Broadway.

The vegan pizzeria, which has operated in Breckenridge since 2017, now has a second location at 1350 S. Broadway in Platt Park. It’s currently operating in a limited fashion with takeout and patio dining only, with plans to open indoor seating in May 2021.

“We wanted to open a brick-and-mortar because of our popularity in Denver,” said Wesley Contro, general manager of the Breckenridge location. “At one point, we found that 70 percent of our online following were people in Denver. We also have a lot of people who come to the Breckenridge spot from Denver.”

Contro, who has been general manager from day one, said delayed permits and extensive renovations have postponed Piante’s grand opening. For now, customers can head to the pop-up outside the new location Wednesday through Sunday from 3 p.m. to 8 p.m. during the week and until 9 p.m. on weekends.

Since summer 2019, Piante has held pop-ups at Nooch Vegan Market, Alternation Brewing, VegFest and Luvin Arms Animal Sanctuary. For five months starting in January, the pizzeria parked its pop-up concept down the street from its new home at 1720 S. Broadway. 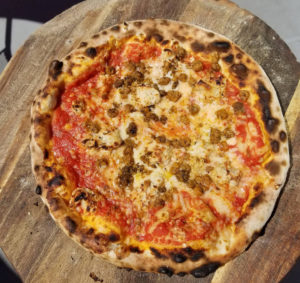 It was always owner/chef Jason Goldstein’s plan to open a brick-and-mortar after testing the market, Contro said. After noticing the for-lease sign down the street on the former Veterans of Foreign Wars post, Goldstein signed a lease for the 8,711-square-foot space in September.

Despite the pandemic shutdown, Contro said the Breckenridge location had one of its busiest summers with some of the highest sales numbers it’s ever seen.

“I was fully expecting it to be a slow summer because I just did not think people would be travelling, but we did get a lot of tourists,” Contro said.

In addition to the usual specialty vegan pizzas, Contro said the new Denver location will have an expanded menu with vegan pastas and Italian dishes.

He said he wants the business to keep growing.

“We always have plans to expand,” Contro said. “A lot of us here are from the East Coast, so we’ve discussed opening something over there once things get back to normal. I also know they want to expand into product lines, like frozen pizzas and cheese.” 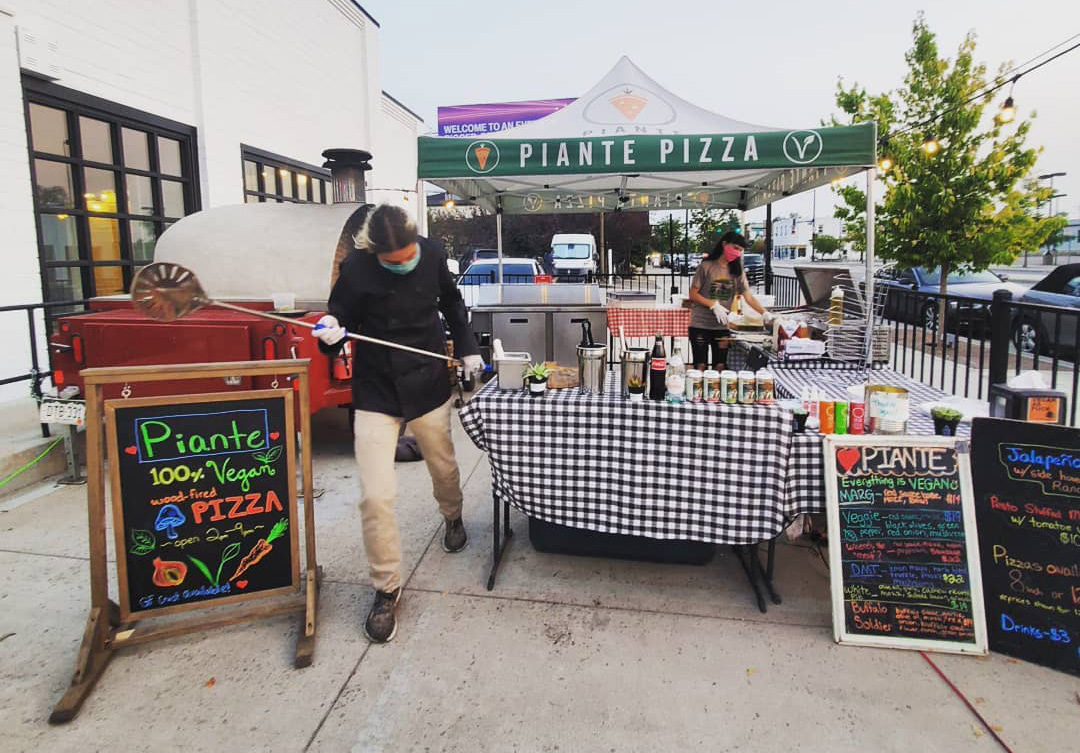 Piante Pizzeria is taking over what used to be a Veterans of Foreign Wars building after a year of successful pop-up locations around the city.