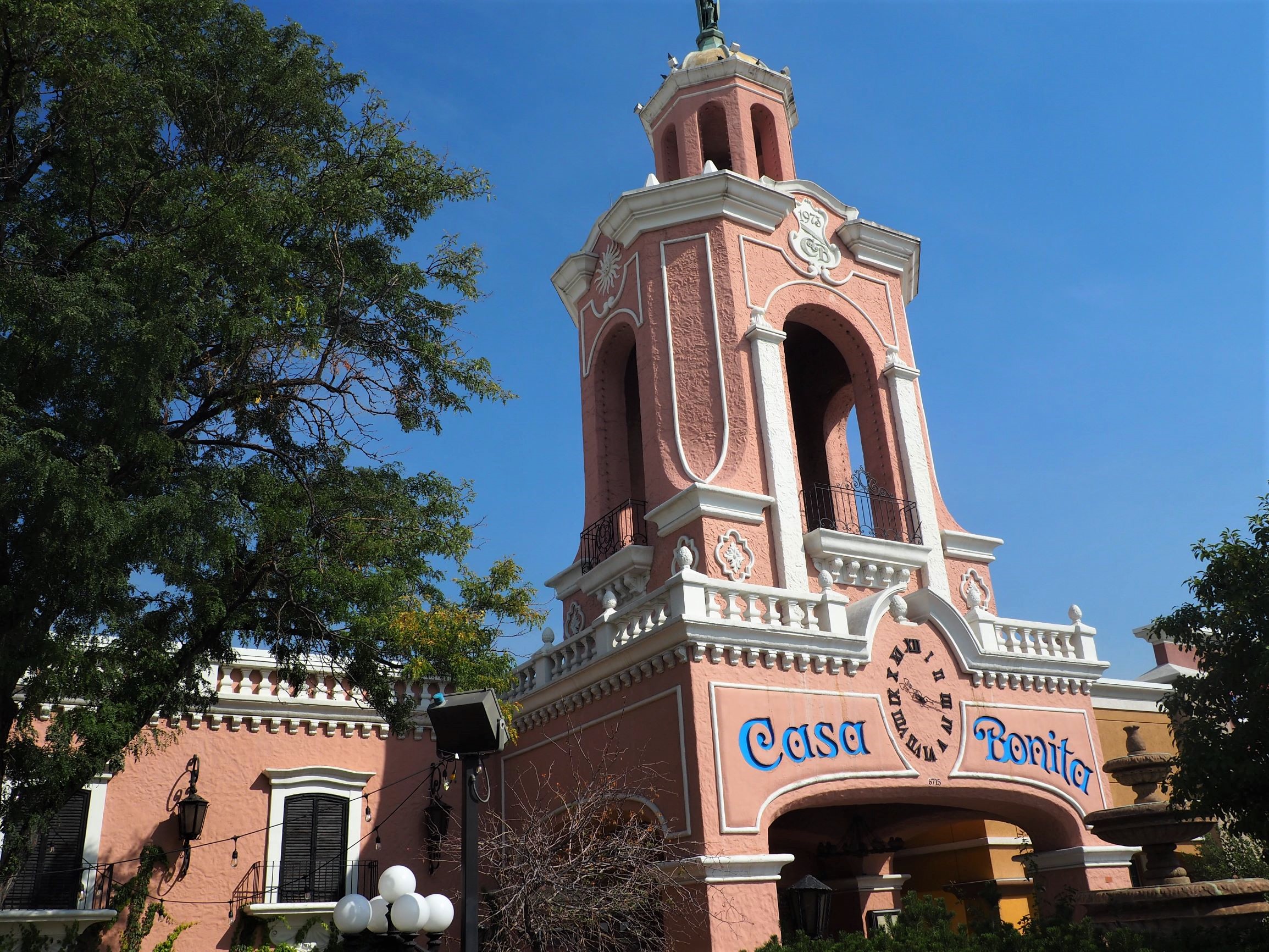 Casa Bonita has operated in Lakewood since 1974. (Photo by Thomas Gounley)

Forty years later, he applied for a job diving before patrons at Casa Bonita — the Lakewood eatery and entertainment complex that achieved cult status after its appearance on the TV show “South Park.”

“Defendant’s failure to hire plaintiff not only reflects intentional and invidious discrimination, but also a system of hiring policies and procedures that disproportionately impact older workers and workers with actual or perceived disabilities,” his lawsuit states.

Cult favorite has been closed for months

Casa Bonita has operated in Lakewood since 1974. It is the sole remaining location of what was once a small chain. The restaurant serves Mexican food cafeteria-style, which, aside from the sopapillas, generally garners lackluster reviews. While they eat, patrons are treated to regular performances, which incorporate divers jumping next to a 30-foot-tall indoor waterfall modeled after the cliffs of Acapulco, Mexico.

A 2003 episode of South Park, the animated show on Comedy Central, revolved around Casa Bonita, and the restaurant has been mentioned in other episodes. The divers make $14 an hour, according to a 2018 story in The Gazette.

Casa Bonita has been closed since March, when the state temporarily banned dine-in restaurant service due to the coronavirus pandemic. A sign that’s been on the door for months states that the closure is temporary.

Attempts to reach Casa Bonita ownership for comment on the lawsuit were unsuccessful. There’s no option to leave a message on the restaurant’s main line. Its website is no longer live. And the phone number listed on SEC filings for Arizona-based parent company Star Buffet no longer works. In the spring, Casa Bonita employees told media outlets that their checks were bouncing.

According to his lawsuit, which was filed in Jefferson County District Court, Hernandez is the only American to twice win the World Class Diving Championships. In 1977, he set a record by diving 156 feet. Two years later, he topped that, diving 158 feet.

Hernandez has also placed first in the Acapulco World Cliff Diving Championships held in Mexico, according to his lawsuit.

Hernandez did not respond to requests for comment, and an attorney did not return a voicemail or emails. But additional details about his life can be gleaned from decades-old press coverage.

According to a 1995 Los Angeles Times story, Hernandez’s family was too poor to pay for diving lessons growing up, so he learned on his own by watching others and attending free city clinics. At age 16, two coaches of the U.S. Olympic team saw him and agreed to train him for free, “as long as I promised to do the same for someone else one day,” Hernandez told the publication.

The Times reported that Hernandez, referred to as “The Legend,” retired from professional diving in 1980, in part because award money didn’t cover the cost of training. He began working as an aquatic-systems salesman and later started his own company, doing coaching on the side.

A 1976 story in Sports Illustrated, meanwhile, described Hernandez clashing with the promoters that ran the Acapulco competition.

More recently, Hernandez has been a volunteer diving coach at New Mexico State University, according to the school’s website.

According to his lawsuit, Hernandez initially reached out to Casa Bonita about a job after seeing a late 2018 online post stating the restaurant was hiring divers. The following spring, he was invited to audition. 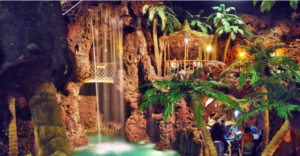 An interior image of Casa Bonita included in the lawsuit.

In early May 2019, Hernandez sent his credentials to a hiring manager. According to the lawsuit, the woman responded, incorporating an emoji: “Oh my goodness you are no joke when it comes to diving. It’d be an honor to have you a part of our dive team.” On May 13, however, a day before Hernandez was slated to audition, the woman sent him a text message, which is screenshotted in the lawsuit.

“I talked to the upper managers about you coming to audition, and they said they wouldn’t allow it,” the woman wrote. “They said that due to your age, they won’t let you for liability and safety since we’ve had older people who can dive, but can’t work a full shift because it’s too much. I’m very sorry to give you this news.”

Hernandez, who had traveled to Lakewood for the audition, met with upper manager Rob Hall in person the next day, according to the lawsuit.

The lawsuit claims Hall told Hernandez: “The problem is that I’ve dealt with older divers before. You are too old, and I can’t understand why you want to be employed by Casa Bonita.”

When Hernandez stated his experience, Hall allegedly replied, in reference to the divers currently on staff: “I’m 37 years old and I work out and do cardio and I can’t keep up with these guys.”

After Hernandez was turned away, Casa Bonita continued to advertise online that it had openings for divers, the lawsuit states.

Hernandez subsequently filed charges of discrimination with the U.S. Equal Employment Commission and the Colorado Civil Rights Division. The latter issued him authorization to sue after a review of an unspecified time period found that, of 23 cliff divers employed by Casa Bonita, the oldest was 33 years old.

The lawsuit seeks an unspecified amount of damages. Claire Hunter and Jesse Fishman of the Denver office of HKM Employment Attorneys are representing Hernandez.

Casa Bonita has operated in Lakewood since 1974. (Photo by Thomas Gounley)

The eatery in Lakewood, made famous by ‘South Park,’ hasn’t reopened since the pandemic began.

[spoiler title=”Cult Status When?”] [/spoiler] I am old enough to make the argument that Casa Bonita achieved cult status long before the animated series South Park featured it. Rather, I believe South Park honored it due to its existing cult status. It’s just too bad that they literally still have in mostly broken status the very same arcade games I played in 1981.