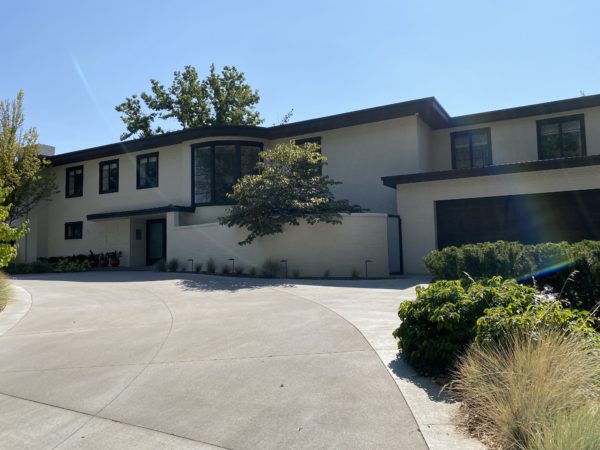 The home was originally built by prominent local architect Burnham Hoyt, who designed Red Rocks Amphitheatre, as his residence in 1942. (Photo by Lily O’Neill)

The CEO of Little Pub Company, which owns and operates 18 Colorado-based neighborhood pubs and restaurants, has listed his Country Club home for $6.8 million.

Kevin “KC” Gallagher and his wife Kelly put their 8,569-sqaure-foot property at 545 Circle Drive up for sale on Sept. 21.

The modern white home, which greets visitors entering the Country Club neighborhood from North Gaylord Street, was originally built by architect Burnham Hoyt, who designed Red Rocks Amphitheatre, as his own residence in 1942. According to the Colorado Historical Society, it’s said to be the prominent mid-century architect’s “finest surviving commission in luxury residential design.”

Little Pub was founded in 1994 and operates popular neighborhood dive bars and restaurants, such as Don’s Club Tavern on Sixth Avenue, The British Bulldog in Five Points and The Hound in Hampden South.

The finer things: Behind this home’s steel front door is a gourmet kitchen with a 16-foot island, adjacent to a bright and sleek office and an expansive dining room that connects to a sunken living on the main level.

The preserved original stairwell takes you upstairs, where there are three en-suite bedrooms and a master suite with custom walnut woodwork and a large walk-in closet. In the basement, there’s a media room, wine cellar, repurposed bar, craft room and plenty of storage.

Outside, there’s a pool, a pool house/fitness room, and a three-car heated garage with built-in storage and an electric car charger.

Seller: Kevin and Kelly Gallagher purchased the property for $3.9 million in 2013, according to property records. 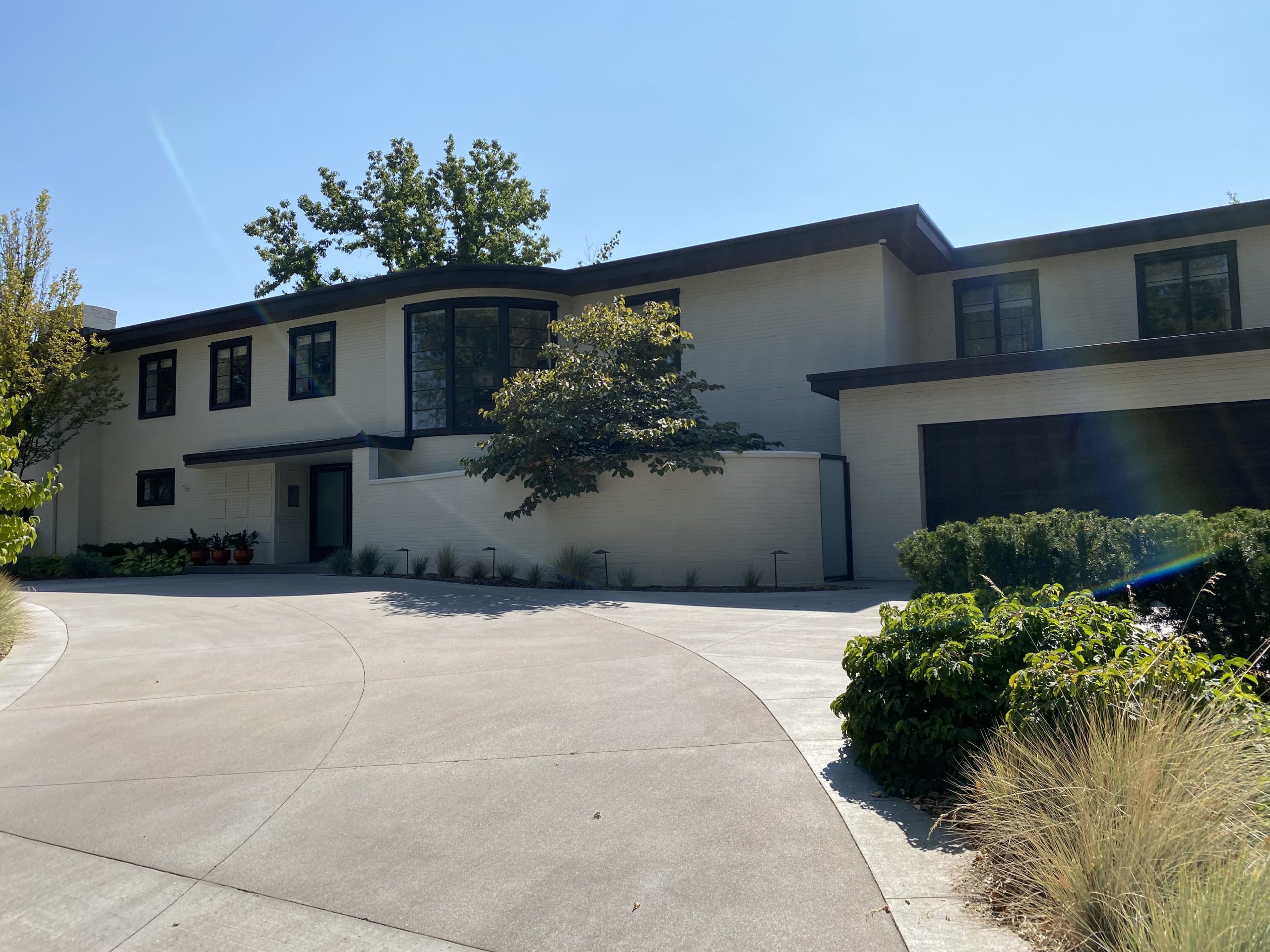 The home was originally built by prominent local architect Burnham Hoyt, who designed Red Rocks Amphitheatre, as his residence in 1942. (Photo by Lily O’Neill)

The mansion was originally the residence of architect Burnham Hoyt, who designed Red Rocks Amphitheatre.

Of note Hoyt also designed the main Denver library downtown with its signature international stule rounded glass enclosed NE corner of the building subsequently expanded by architect .Michael Graves. His original residence is a modest home across from Polo Club on Exposition Ave. Other examples of his designs include homes in Polo Club and Cherry Hills Village.

Last year Burnham Hoyt’s childhood home on 23rd Ave. across from Jefferson Park made way for a set of slot homes. The Country Club home should escape that fate.

This preserved historic residence is a true gem!