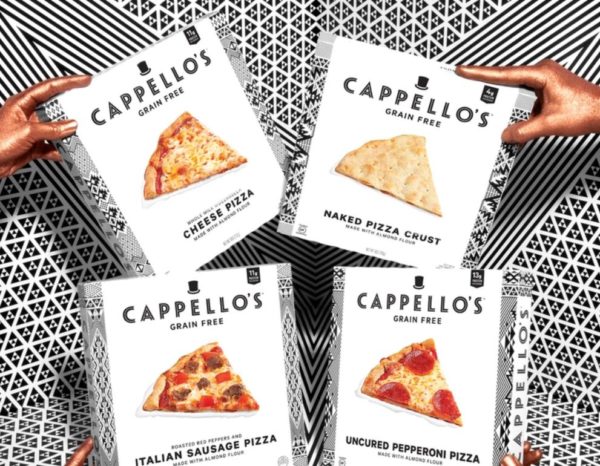 The dough is rising for Denver-based grain-free foods maker Cappello’s.

Cappello’s, which sells frozen pizza, pasta and cookie dough made with almond flour, announced on Monday that the company closed a Series B funding round.

The startup did not disclose the total funding raised. But in May, Cappello’s said in an SEC filing that it had raised approximately $6.4 million of a planned $9.7 million funding round.

Cappello’s, based at 3136 Larimer St. in RiNo, plans to use the funds to expand its grain-free offerings, as well as its market distribution, according to a press release.

The Series B round was led by New York-based Alliance Consumer Growth, a growth equity firm that’s made significant investments in brands such as Shake Shack and BarkTHINS. California-based Finn Capital Partners, which has helped fund healthy food brands like Pressed Juicery, also participated, according to the release.

Ben Frohlichstein and Stacey Marcellus founded Cappello’s in 2011 after they spent time working on organic farms, according to the company’s website.

The brand’s almond flour pizzas, pastas and cookie dough can be found in grocery stores around the country, including Whole Foods, Natural Grocers and King Soopers. The pizzas and pastas range from $9 to $12 online, while its cookie doughs both retail for $11. Its website said all its products are paleo-friendly, as well as grain- and gluten-free; its cookie doughs are also vegan.

In 2020, Cappello’s has seen a 74 percent sales growth year-over-year, according to the press release.This is the second recorded funding round for Cappello’s, which also raised $2.5 million in July 2019, according to SEC filings.

Capello’s did not disclose how much it raised but said in an SEC filing in May that it had raised about $6.4 million of the planned $9.7 million funding round.